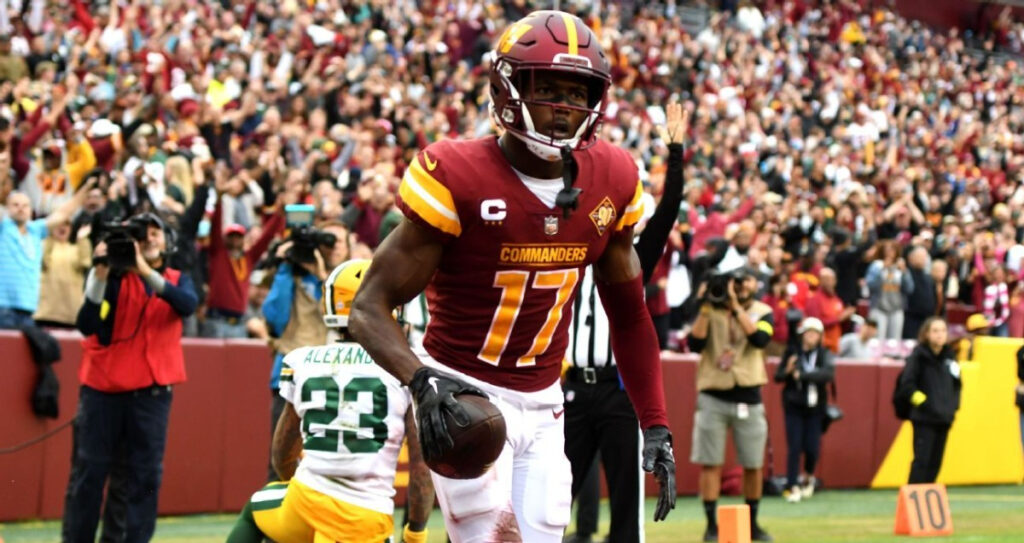 Two weeks after they battled for 70 minutes and each walked away with a tie, the Commanders and Giants meet again on Sunday Night Football in Week 15.

Both are in playoff position entering this week, a feat in and of itself for the bottom two NFC East combatants, which raises the already high stakes attached to this rematch.

Washington has lost just once in their last eight games to level them with the Giants at 7-5-1. New York hasn’t won since November 13 and is 1-4-1 in their last six games. The Commanders are 4.5-point favorites at home, and the total is set at 40.5.

We completed our second straight week of SNF props finishing 2-1 after the Chargers’ defeat of the Dolphins last week. Tyreek Hill caught a 60-yard pass to easily surpass his longest reception prop, and Jason Sanders booted one field goal to cash the under on his total made kicks.

The loss on the card was brought to us by Austin Ekeler, who carried the ball 15 times to go over his rushing attempt total while we were on the under. We look ahead to this NFC East matchup of legendary football franchises on SNF and present our player prop best bets to add a little something extra.

Robinson is averaging 20 carries per game for the Commanders during a four-week stretch in which they haven’t lost dating back to November 14. He’s converting those carries into a 4.1-yard average and 86 yards per game, which will pose a problem for a Giants’ defense that allows just under 150 rushing yards per game.

Robinson ran for 96 yards on 21 carries in the first matchup between these teams two weeks ago, and we project a similar outcome this Sunday.

On the other side of the field, Barkley has cooled off significantly. After a torrid start to the 2022 season, he has another tough matchup with Washington’s front seven this week.

Barkley has had three games of 40 or fewer rushing yards this season, and all of them have occurred in the last month. In Barkley’s last four games, he’s averaged 3.5 yards per rush and hasn’t gained more than 65 yards.

Washington’s defense ranks 9th in the NFL against the run and has allowed an average of 94 yards per game in their last five. They’ve also generated nine turnovers in that time and will make life difficult for Barkley once again.

The strength of the relationship between McLaurin and quarterback Taylor Heinicke cannot be stressed enough with regard to this prop. Heinicke has started seven games for the Commanders this season compared to Carson Wentz’s six.

61 of McLaurin’s 98 targets have come in those seven games with Heinicke at the helm, an average of 8.7 per game compared to 6.2 per game with Wentz.

The increase in target share has resulted in 5.7 catches per game for McLaurin, and the fourth-year receiver is on the verge of his third straight 1,000+ yard season. We project another solid performance from the lead pass-catcher in burgundy and gold and will play the over on his reception total for Sunday Night Football.