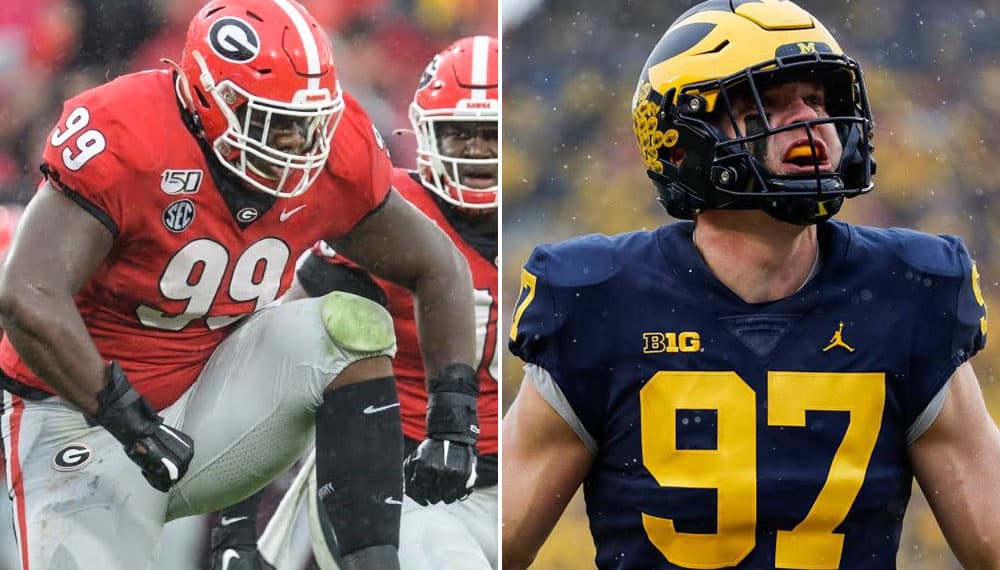 Michigan shocked the world by upsetting their archrival Ohio State as a sizable underdog. The Wolverines then pummeled the Iowa Hawkeyes in the Big Ten Title Game to punch their ticket to the CFP. Georgia was dominant the entire season but was upset by Alabama in the SEC Title Game.

Oddsmakers are expecting a huge bounceback from the Bulldogs, as they are favored by 7.5 to 8.5 points at various sportsbooks. The point total is sitting at a relatively low 44.5 to 45 points at the time of this writing. Before breaking down this iconic matchup, let’s take a look at the live odds for this game.

What to Expect from the Georgia Offense in the Orange Bowl

Stetson Bennett may have thrown a couple of untimely picks against Alabama in the SEC Championship Game, but he’s still had a fabulous season as Georgia’s QB. The 5-11 senior has thrown for 2,325 yards and 24 TDs this season. Bennett leads a Bulldogs offense that ranks 5th in the country in yards per pass (9.5).

Though Georgia is extremely efficient through the air, this team’s bread and butter is their fierce rushing attack. The Bulldogs run the ball 57.81% of the time, which ranks 26th in the nation. Zamir White and James Cook form one of the best running back duos in all of college football.

Georgia may not pass the ball often, but when they do, Brock Bowers is the main target. The 6-4 freshman tight end has had a remarkable season by catching 47 passes for 791 yards and 11 TDs. Look for offensive coordinator Todd Monken to try to get Bowers the football quite a bit in this game.

What to Expect from the Michigan Defense in the Orange Bowl

Georgia’s defense may have been the best in the country all season long, but Michigan’s defense isn’t too far behind. The Wolverines rank 2nd in points per game allowed, 8th in yards per play allowed, and 6th in yards per pass allowed. This unit is also very good against the run, as they only allow 3.5 yards per rush.

You can’t say enough good things about this Michigan pass rush. Aidan Hutchinson and David Ojabo have combined for a whopping 25 sacks and 27.5 tackles for loss. The Georgia offensive line is very talented but they may have their hands full with those two beasts.

The Wolverines secondary hasn’t picked off a lot of passes this season, but they’ve done an excellent job in coverage. Michigan only allows 6 yards per pass and 194.7 passing yards per game (19th). Daxton Hill and DJ Turner lead the team with two INTs apiece. 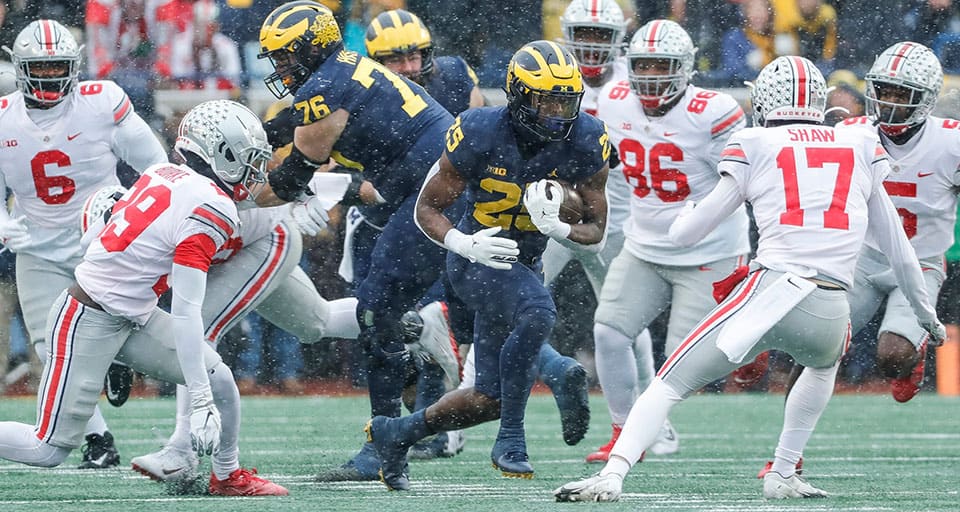 What to Expect from the Michigan Offense in the Orange Bowl

It’s amazing to see how much Josh Gattis has grown as a play-caller. Once Jim Harbaugh made a true commitment to the running game, this offense has been laying a beating on most of their foes. The Michigan offense ranks 9th in points per game, 13th in yards per play, and 11th in red zone scoring percentage.

Cade McNamara may be one of the most underrated QBs in the country. The 6-1 junior has thrown for 2,470 yards and 15 TDs this season while only throwing 4 picks. The Wolverines only pass the ball 40.24% of the time but they are great with the play-action pass.

Speaking of dynamic RB duos, Michigan has one of their own with Hassan Haskins and Blake Corum. Haskins has run for 1,288 yards and 20 TDs (yes 20!) while Corum has chipped in with 939 yards and 11 TDs. Georgia is great at defending the run but they haven’t seen a tandem quite like this.

What to Expect from the Georgia Defense in the Orange Bowl

The Bulldogs’ defense has an embarrassment of riches, as most of their starting 11 defenders will be playing on Sundays at some point. The Georgia secondary got exposed a bit against Alabama but Bryce Young exposes almost every secondary he plays against! You can bet this unit will be highly motivated to get that bad SEC Title Game performance out of its mouth.

The Georgia defense leads the nation in points per game allowed and red zone scoring percentage. They also rank 2nd in yards per play allowed (4.0). The main man in the middle is Jordan Davis, who is a nightmare to defend at 6-6 and 340 pounds.

Nakobe Dean and Jalen Carter both do a great job of rushing the passer and stuffing the run. These two lead the team with 8.5 tackles for loss each. Dean is also tied for the team lead in INTs with 2.

Oddsmakers keep disrespecting this Michigan team and it doesn’t make too much sense to us. This is way too many points, especially when you consider how similar these two teams are. Even if Georgia ends up winning this game, we think it will be close the entire way.

We trust Cade McNamara a little bit more than we do Stetson Bennett in this game. Bennett does well outside the pocket but he seems to make mistakes at the worst possible times. McNamara has risen to the challenge in all of the Wolverines’ big games this season.

Our power ratings make Georgia a three-point favorite so we see plenty of value in Michigan at the generous +8.5 number. Take the points and don’t be afraid to sprinkle a little something on the money line! Good luck!