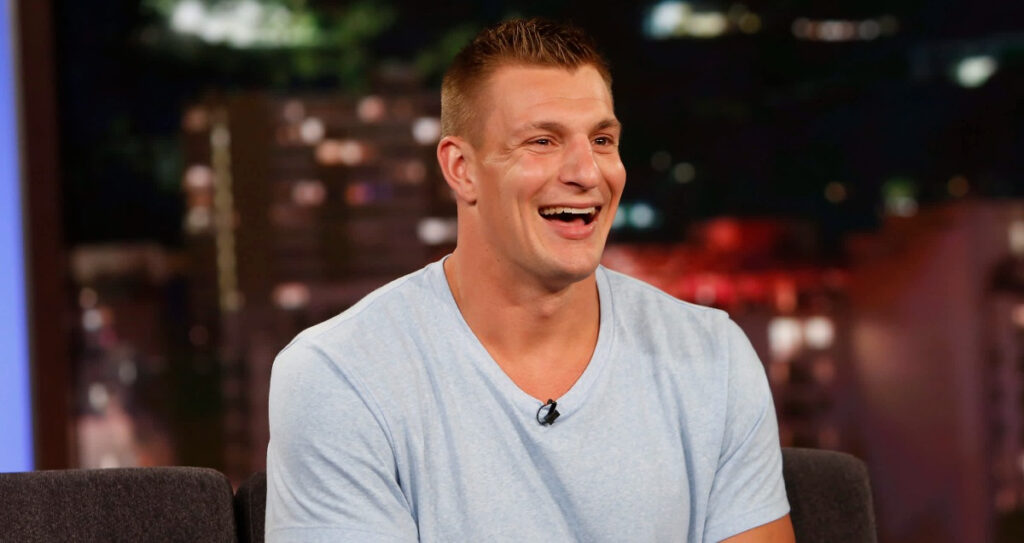 Rob Gronkowski is teaming up with FanDuel for a memorable Super Bowl offer.

Rob Gronkowski, legendary NFL tight end, is set to star in a historical moment during Super Bowl LVII on January 12. In a first-ever live Super Bowl commercial, Gronkowski will attempt a 25-yard field goal with $10 million in free bets on the line for FanDuel customers if he nails it.

FanDuel calls the event the “Kick of Destiny.” Customers who use FanDuel Sportsbook to place a bet on Super Bowl LVII of at least $5 are eligible for a piece of the winnings if Gronkowski makes the field goal.

What could make this event even more enthralling? Gronk, who retired from the NFL in 2019 and then came out of retirement in 2020 to join the Tampa Bay Buccaneers — has never attempted a field goal in an NFL game. Gronk says he’s made just one field goal in his career — a 33-yarder in high school.

What Gronk Had to Say About the Kick

“Everyone knows that I love throwing myself into fun, love trying out new ideas,” Gronkowski told The Associated Press. “Obviously, I can catch a football. ... Why not try to kick a field goal? And on top of it, I was punt, pass, and kick champion in the western New York region when I was growing up, as well. So I love kicking field goals. I used to practice all the time. This is an opportunity to help my fans out there to win $10 million in free bets, which is mind-blowing."

Fortunately, Gronk is no stranger to performing under pressure. But he’s not taking any chances — he’s already been practicing his kicking with three-time All-Pro, former Patriots and Colts kicker Adam Vinatieri. Adam holds the record for the NFL's most career field goals with 599 kicked, making him the obvious go-to.

This out-of-the-box move by FanDuel is likely to make their debut Super Bowl commercial spot one to remember — what better way to ensure that than by having Ron Gronkowski, one of the greatest tight ends of all time, attempt a field goal during a 30-second LIVE commercial?

FanDuel Looks to Create Memorable Commercial with "Kick of Destiny"

“Our first-ever Super Bowl commercial will be more than just a television spot – it will create a moment that will bring fans together and give them something to collectively cheer for,” said Andrew Sneyd, FanDuel’s executive vice president of marketing.

Andrew elaborated, “When we considered being a part of the Super Bowl, we skipped the traditional advertising model and wanted a bold brand act that galvanized America, one where we could all cheer for the same thing. We expect the FanDuel live Kick of Destiny to bring the bold impact of over 100 million people cheering for Gronk. It’s an unprecedented field goal attempt on live TV, and no one on earth knows how the spot will end!”

After leading the Buccaneers to a Super Bowl title in 2020 alongside close friend Tom Brady, Rob Gronkowski announced his second retirement from football. However, it seems the 33-year-old tight end couldn’t fully let go of the game, as he admitted to contemplating a comeback a few times this season.

Is Gronk Contemplating a Return to the NFL?

Will we see Gronk back on the field for more than just Super Bowl ads in the future? Recently, Gronk has been keeping busy at Fox, working as an NFL Analyst, and has been active in his brother Chris’s Ice Shaker company, along with a number of other business ventures.

While he didn’t completely rule out returning to the game for the next NFL season, he did say, “Anything’s possible but right now, not really thinking about that, but just doing some other things, enjoying doing other things, and having a good time with everything,” he said.

According to a press release, Gronk will be involved with FanDuel moving forward. The release mentions that Gronk became a brand partner at the end of 2021 and that, at the least — fans can expect frequent appearances from Gronk on FanDuel TV.

FanDuel TV is another of FanDuel’s bold moves. Launched in September 2022, FanDuel TV is the first network ever launched by a sports gambling company.