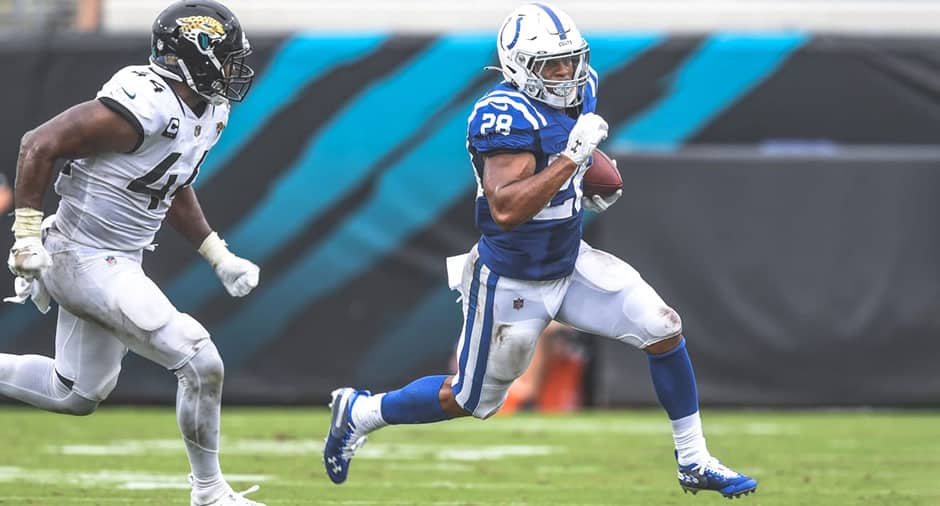 Last week we released our early picks for the week one DraftKings Millionaire Maker. Next up, the first Sunday Million contest from FanDuel.

If you’re running a bit low on cash but still want some fantasy football action for week one of the NFL season, check out FanDuel’s $3.5M NFL Sunday Million contest. The payouts from FanDuel are some of the best in the industry... and the entry fee for this contest is only $3!

The overall winner becomes a millionaire overnight by bringing home $1 million bucks! Even 150th place gets $100! This is a fantastic contest for football fans who want a little extra skin in the game.

Need some help selecting your lineup for Week One? Keep reading to see our Week One picks for the NFL Sunday Million. Feel free to use these picks as you see fit, but do your own research. 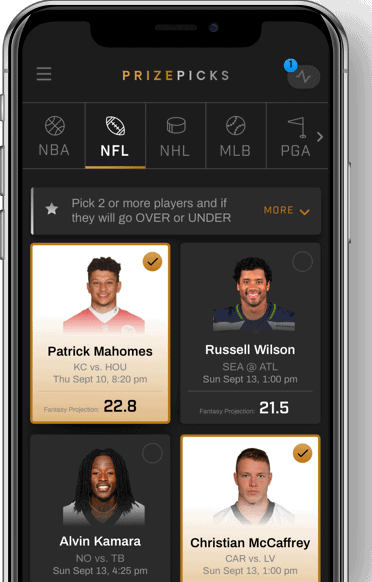 PrizePicks offers prop-style daily fantasy sports that puts you against the house. Answer over/under fantasy questions and rack up payouts that are better than any FanDuel or DraftKings cash contest. Register using promo code EWB for a $100 deposit bonus and free entry!

Murray made his first Pro Bowl in 2020 and we see him having an even better year in 2021. The former Heisman Trophy winner tossed 26 touchdowns, ran for 11 more scores, and only threw 12 picks last year. Those are impressive numbers, especially for a second-year NFL QB.

We love Murray to go off against the putrid Tennessee Titans secondary in Week One. The Titans were ranked 29th in pass defense last season as they gave up 277.4 yards per game. Murray and his high-powered Cardinals offense will be licking their chops in pursuit of a highly productive day.

The Titans did try to address their awful defense by drafting five players to help out. However, it will take quite a while for these new rookies to feel comfortable against the speed of NFL offenses. It wouldn’t surprise us to see Murray throw for three scores and run for a couple more in this one!

Taylor showed the NFL world that he is an absolute beast running the football. The second-round pick out of Wisconsin had a fabulous rookie season in 2020. Taylor rushed for 1,169 yards and 11 touchdowns while averaging five yards per carry!

The Seattle Seahawks defense is great against the run but Taylor is the type of back that will still put up solid numbers no matter who he’s facing. New Colts QB Carson Wentz is banged up after foot surgery but some reports are saying that he could still start in Week One. If Wentz plays, the Seahawks won’t be able to stack the line and key on Taylor.

Etienne is our value pick for Week One as we think this price on him is a steal. The former Clemson star can knife through any defense and he’s also a skilled pass catcher. Expect new Jags head coach Urban Meyer to lean heavily on Etienne as Trevor Lawrence gets his feet wet as an NFL QB.

The main reason we love Etienne in Week One is that the Jags are playing the Houston Texans. Houston was ranked dead last in the NFL last year against the run as they gave up 160.2 yards per game on the ground. Etienne should have a field day against this group of scrubs!

Brown had a breakthrough year in 2020 by making his first Pro Bowl. The former Ole Miss superstar caught 70 balls for 1,075 yards and 11 touchdowns for the Titans. Arizona’s pass defense is decent, but can any of their small defensive backs possibly contain Brown?

The Titans’ acquisition of Julio Jones makes us love Brown even more in Week One. The Cardinals defense won’t be able to double-team Brown now that another stud wideout like Jones is also on the field.

Samuel was dogged by injuries and COVID-19 in 2020 but we see him bouncing back nicely in 2021. After a stellar rookie season in 2019, Samuel was limited to just seven games of action last year. The former South Carolina star is finally healthy and will be ready to do some major damage against the atrocious Lions secondary in Week One.

Okay, we admit it. We have a man-crush on Rondale Moore! This kid is flat-out dynamite with the football in his hands. Ohio State fans are still having nightmares about what he did to them a couple of years ago as a true freshman!

Moore ran a blazing 4.29 second 40 and Cards coach Kliff Kingsbury will find plenty of ways to get him the ball this year. We’ve already talked about how bad the Titans pass defense is so expect Moore to put up some good numbers against them in Week One.

Why in the world is Pitts so cheap? With Julio Jones no longer in Atlanta, Calvin Ridley will be the main target for Matt Ryan. However, we expect big things out of Pitts this season!

Philly’s pass defense is mediocre and we don’t see anyone being able to contain Pitts and his 6-6, 245-pound frame. Look for Pitts to start off his rookie campaign with a big game against the Eagles.

Kamara is a fantasy player’s dream because of his running and pass-catching ability. The former Tennessee standout has made four straight Pro Bowls and he set career highs in both rushing touchdowns (16) and rushing yards (932) last year. Green Bay’s defense is pretty stout but we don’t see them shutting down Kamara.

Kamara is always a threat to catch a lot of passes during a game. He caught 83 balls in 2020 and will continue to be the main target of either Winston or Hill this season for the Saints. FanDuel’s scoring system gives players half a point per reception, which is a big reason why we picked Kamara for our flex position.

This is a fantastic price on the Washington defense. Ron Rivera’s bunch was ranked fourth last year in points per game (20.6). They were also second in the NFL in pass defense (191.8 passing yards allowed per game). We also love getting a game-changing pass rusher like Chase Young on our team for Week One!