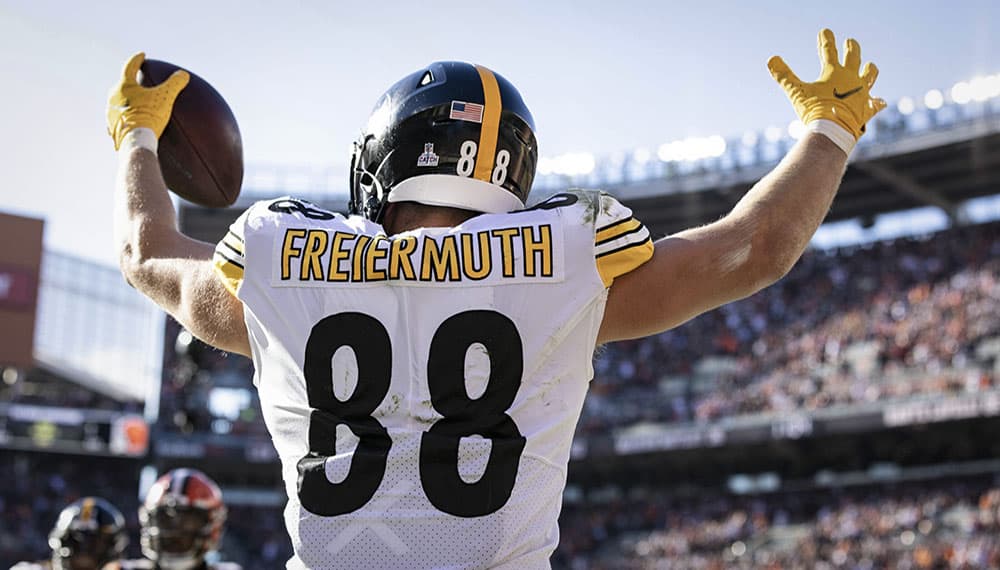 The new length of the NFL season means there is still a lot on the line, even in week 12. In fact, there are still three bye weeks remaining. The Cardinals and Chiefs have their bye weeks this week and four teams will have a bye in both weeks 13 and 14.

Let’s take a look at some options for the FanDuel NFL Week 12 Main Slate, for those that missed it, be sure to check out our DraftKings picks for week 12 for some additional plays. You can also find some picks in our Week 12 player props article that can be used in salary cap contests on FanDuel and DraftKings or in prop contests on Underdog Fantasy.

From player prop contests for pro and college sports to weekly snake draft contests, Underdog Fantasy offers more ways to play daily fantasy than any app in the industry. Follow the link below and use the promo code BAR to receive up to a $100 deposit bonus!

Minnesota has been decent against the run and dreadful against the pass this year. I know the 49ers will want to run the ball, but I think there will be too many opportunities for Jimmy G to get the ball in the air this game.

The Vikings' offense always makes things interesting with their array of weapons, so this should be a pretty high-scoring matchup.

Garoppolo has been solid in recent weeks and I expect that to continue, with a few opportunities to hit some deep ones.

Rodgers was electric a week ago against the Vikings and I would expect that to continue this week against the Rams.

The Los Angeles secondary is definitely top-notch, but that generally doesn’t slow Rodgers down much. With Davante Adams back in the lineup and some offensive fireworks expected from the Rams offense, I see Rodgers having ample opportunity to rack up some yards and touchdowns.

This is strictly a quantity value play. Mile Sanders was popped back into the lineup last week and given the likelihood the Eagles will be playing ahead most of this game, I can see Sanders easily notching 15 carries.

Whether those equate to touchdown opportunities is to be seen, but given the workload, I’m taking him to have a solid day at this price point.

I nearly went with McCaffrey here, but I have concerns with the consistency of that Panthers offense against a solid Dolphins unit.

Jonathan Taylor on the other hand is as consistent as they come, notching touchdowns in eight straight weeks.

The workhorse for the Colts should continue his reign against the Bucs, who are currently middle of the pack when it comes to stopping the run.

You can pencil Waddle in for 9+ targets and a couple carries each game, which keeps the rookie’s floor pretty high at this price point.

Tua clearly relies on his former Alabama teammate and that shouldn’t slow down this week against the Panthers.

I’ll take the combo of Davante Adams and Aaron Rodgers this week against the Rams, though was tempted to go with Cooper Kupp.

I think the Green Bay weather and home-field advantage will play a part here and give them the slight advantage. This should be a pretty high-scoring game, so don’t be surprised if we see some late-game magic between the Rodgers-Adams tandem that has done it for so long.

He somehow gets overlooked every week, but Pat Freiermuth has become a go-to option for Big Ben and the Steelers.

I would expect him to get to at least six targets, as he has each of the last five weeks, and wouldn’t be surprised to see him in the endzone yet again.

Pretty good value from the easy pick for top-scorer of the week at the tight end position.

Kittle doesn’t seem hampered by injuries right now and that has been clear with his output the last three weeks, notching 17.1, 13.5, and 11.4 FP respectively.

Woo buddy have the Pats been on a roll lately. Belichick has this defense rolling right now and that will likely continue against a Titans offense that is sorely missing Derrick Henry.

Being one-dimensional is not a place you want to be against a defense as stout as this one.