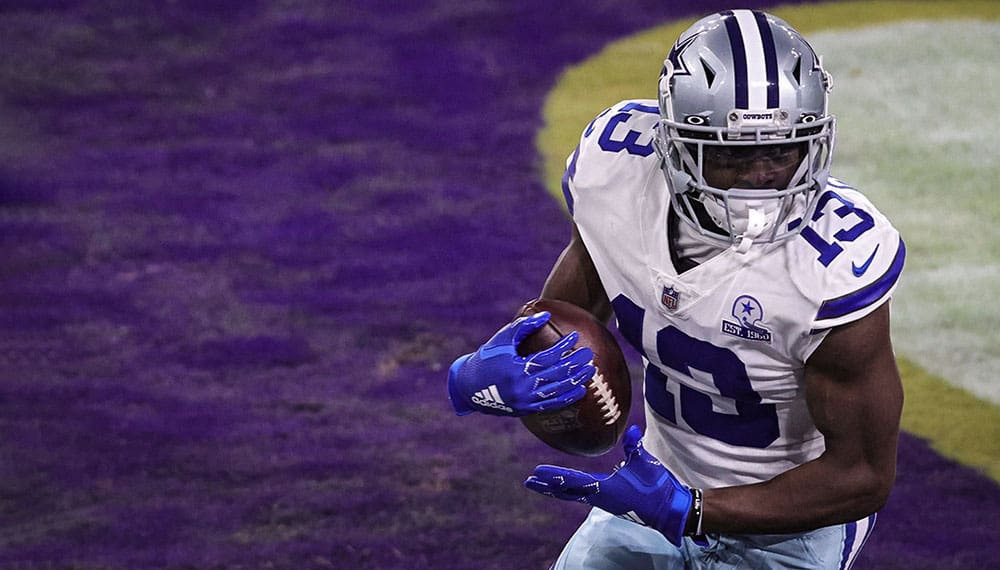 It's everyone's favorite football weekend of the season, with a loaded Thanksgiving Day slate, rivalry weekend in College Football, and another 10 NFL games on Sunday.

FanDuel's Thanksgiving Day slate includes a $1.5 million contest with a $5 entry and top prize of $500,000. Let’s break down this entire slate on FanDuel Fantasy by position.

Trevor Siemian stepped in for the injured Jameis Winston a few weeks back and although he hasn’t lit up the world, the former Northwestern signal-caller is putting together a solid streak of games.

The Saints' offense could potentially be without its top two rubbing backs, paving the way for Siemian to air it out a bit. While the matchup with the Bills is a bit daunting on paper, Buffalo has certainly seen its share of struggles in recent weeks and I wouldn’t be surprised if Siemian is able to carve out a couple of touchdowns in a nice game.

For just $7,000, I’d consider him a pretty solid value compared to other options.

In what is expected to be a bit of a shootout on Thanksgiving with an over/under set at 54.5, Dak Prescott should reap the benefits.

The Cowboy QB is playing a heck of a season coming off a tough injury last year and despite being without one of his top weapons in Amari Cooper, I still like the other options enough to tab Prescott as my top QB of the week.

Montgomery has carried the bulk of the workload for the Bears since retuning from injury, racking up the majority of the carries and touches in the backfield.

Andy Dalton will likely get the start for the injured rookie Justin Fields, which may lead to an even busier day for the Iowa State product.

The Bears have certainly lacked playmaking ability aside from Montgomery and Darnell Mooney, so don’t be surprised to see them rely on Montgomery heavily against a pretty poo Detroit defense.

Zeke is the highest-priced option on the running back slate for a reason. As mentioned with Prescott, this should be a high-scoring affair laced with ups and downs.

I do believe the Cowboys can seize control of the game early enough to try and milk some clock with Elliot in the second half.

Be on the lookout for Elliot’s highest carry load of the season, likely mixed with about five targets out of the backfield.

Amari Cooper is out due to Covid-19 protocols and CeeDee Lamb is also on the mend, which opens an opportunity for Gallup.

Gallup notched 10 targets a week ago, proving to be one of Dak Prescott’s more reliable weapons at this time.

It’s safe to say Gallup will be the Cowboy’s number one option on the outside should Lamb be unable to go, and given the low price tag compared to other options, Gallup is pretty solid value here.

Diggs remains easily the top wideout on the slate this week, with many of the other receivers being banged up.

Diggs has lacked the same explosive output from a year ago, yet has still put together a number of double-digit fantasy point games this season.

He remains Josh Allen’s top target and has the highest ceiling of the group should this game head that direction.

Schultz has been a reliable option for Prescott throughout the season, getting the majority of his looks earlier in the year.

Similar to Gallup above, if CeeDee Lamb is unable to go, I wouldn’t be shocked to see Schultz approach the 8-10 target range. With all eyes on the talented Cowboys backfield, Schultz is also a great threat to get in the endzone on a play-action of some sort.

Waller was and is Derek Carr’s top option for the Raiders. With every other valuable option sidelined for various reasons, aside from maybe Hunter Renfrow, expect Waller to continue his dominance from the tight end position.

The Bears' defense is missing a few bigger names, but this remains a solid unit that should be able to handle a generally bad Lions offense.

Jared Goff has been nursing an injury, but will likely play. I don’t know whether that’s a good or bad thing for the Lions, but it certainly will allow ample opportunity for the Bears to tack on a couple turnovers.