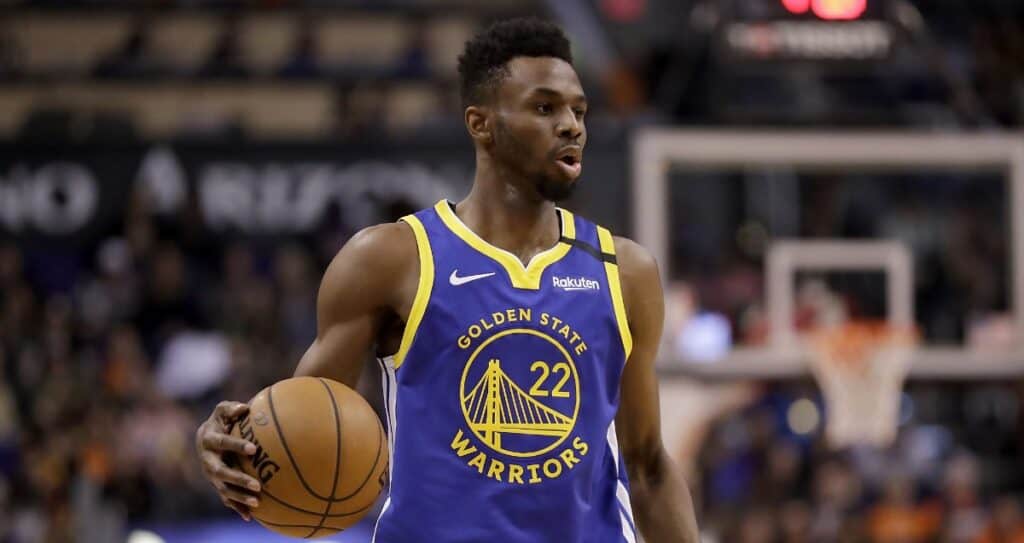 We are expecting more stellar play out of Andrew Wiggins in Game 6 of the NBA Finals.
By Nicholas Berault on June 16, 2022

Just when the Warriors needed him most, Andrew Wiggins put on the performance of his career to lift them to a Game 5 victory. He shared that winning spirit with DFS players in the form of a 50-point effort that likely contributed to a heavier wallet for those who picked him in their multiplier positions on Monday night. Jayson Tatum’s 41 fantasy points led the Celtics, and those who were savvy enough to have Gary Payton II in their lineup got a 30-point night from the young lefty.

FanDuel’s top choices for DFS action ahead of NBA Finals Game 6 are led by their usual $500,000 contest that carries a $9.99 fee to enter with a grand prize of $100,000 going to the winner. Their $150k Thu NBA Shot is another nice option at a reduced price, costing $4.44 per entry and offering $30,000 as the top prize to the winning player. So, let's get to our FanDuel DFS Lineup picks for Game 6 of the NBA Finals.

Tatum is out of runway while Celtics fans await his signature performance in these NBA Finals. After a year in which he set career highs in points, rebounds, and assists, he’s struggled in this series when his team has needed him most.

Tatum's Finals scoring average sits at 23.2 points per game on a disappointing 36.7% field goal percentage, and he’s yet to eclipse 30 points in any game. Boston is 5-2 this postseason when Tatum has reached that scoring mark, and we’ll put him in our top slot tonight knowing he’ll need to be on for Boston to extend the series.

Wiggins’ name has started to be whispered as yet another Warriors player whose Finals performance could warrant MVP consideration over Steph Curry if he plays very well again and Golden State closes out Boston on Thursday. He’s averaging 37 fantasy points and nearly a double-double on the floor with 18.4 points and 9.4 rebounds per game.

29 rebounds in the last two games won’t hurt but he’ll be hard-pressed to match Game 5’s masterpiece. However, we expect Wiggins to get the chance to build off his successes.

Brown, like Tatum, has also had some shooting woes in this series while making just below 41% of all field goal attempts. His fantasy performance has still been solid, but not he’s exceeding any expectations.

Brown is averaging 30.7 fantasy points per game in the Celtics' three Finals losses compared to 45.6 in their victories. We’ll take Brown to rise to the occasion tonight in Game 6.

We like the idea of the Warriors riding the hot hand with Payton II in the second rotation like they are with Wiggins among the starters. He’s been a spark plug for the team since returning in Game 2 and has played 25+ minutes twice in that four-game span. At this value, we’ll take a flyer on him for Game 6.

Horford is another Celtic whose series has been a tale of highs during the wins and lows during the losses. In his first NBA Finals appearance across a 15-year career, and on Boston’s home floor, we are picking Horford to give everything tonight to avoid elimination and log a double-double in the process.