FanDuel and DraftKings Thursday Night Lineups for Steelers at Browns 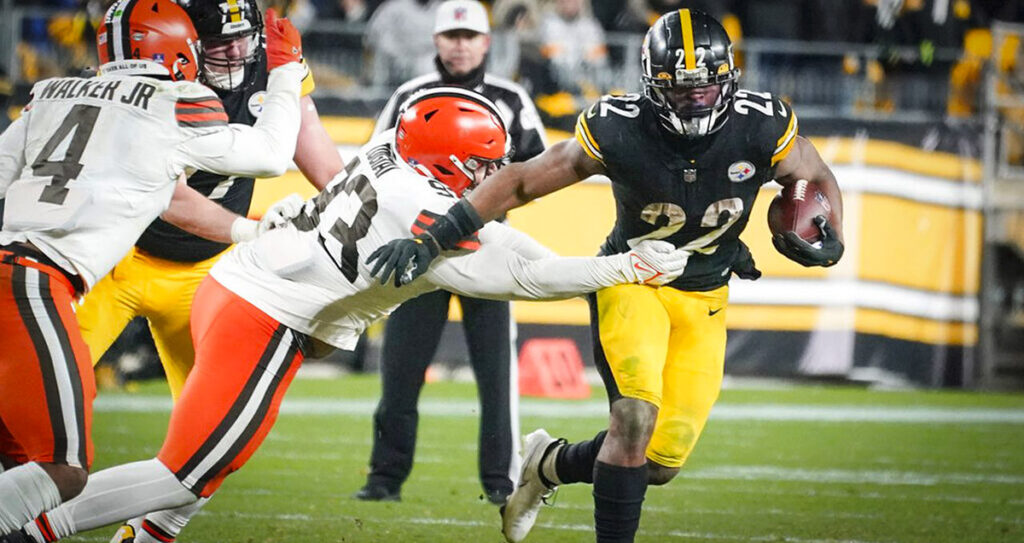 Find our optimal FanDuel and DraftKings lineups for the Steelers vs Browns on Thursday Night Football.

The Pittsburgh Steelers travel to Cleveland to take on the Browns in a critical AFC North showdown on Thursday. Both teams enter week 3 at 1-1, and if you enjoyed last Thursday's Chiefs/Chargers TNF game, this one probably isn't for you.

This game is going to be ugly, low scoring, and determined by which team can establish the line of scrimmage. While the quarterbacks are not nearly as expensive as Mahomes and Herbert were last week, they are still overpriced when you consider they average 1 PPG more than the kickers on their respective teams.

So, what is the best approach for your Thursday night DFS lineups? We think the right play is to target touches in cash games and avoid GPP contests altogether. Here is a look at how we are building our optimal lineups for Thursday:

Harris has not had the start to his 2022 NFL season that he and fantasy owners had hoped. The offensive line was supposed to be improved, yet through two weeks he is averaging just 2.9 YPC and has just 1 run over 10 yards on 25 carries.

However, Harris crushed the Browns last season, and after facing tough run defenses in the Bengals and Patriots, should find much easier sledding here. Najee averaged 26.8 DraftKings points (23.8 FanDuel) in two games against Cleveland last season.

Nick Chubb has been arguably the most efficient running back in the league since 2018 but has never played well against the Steelers. Chubb has 1 touchdown in 7 career games against Pittsburgh and averaged just 9 DraftKings PPG over that stretch.

There is reason to be optimistic about Chubb's chances of finally breaking through against Pittsburgh on Thursday. This is not the Steelers' defense he faced from 2018-2020. Pittsburgh had the league's worst run defense last season, and its offense can no longer score enough points to force Cleveland away from the run.

The Browns gave up the 8th most fantasy PPG to opposing tight ends last season, and Freiermuth put up 4/44/1 in Cleveland last year.

Forget about the quarterbacks, give us the kickers! Fantasy points are going to be hard to come by in this one, and, as we mentioned in the opener, the kickers average just 1 PPG less than the starting QBs for these teams. It isn't pretty, we know the ceilings here are limited, but we are taking the points and rolling with Boswell and York on Thursday.