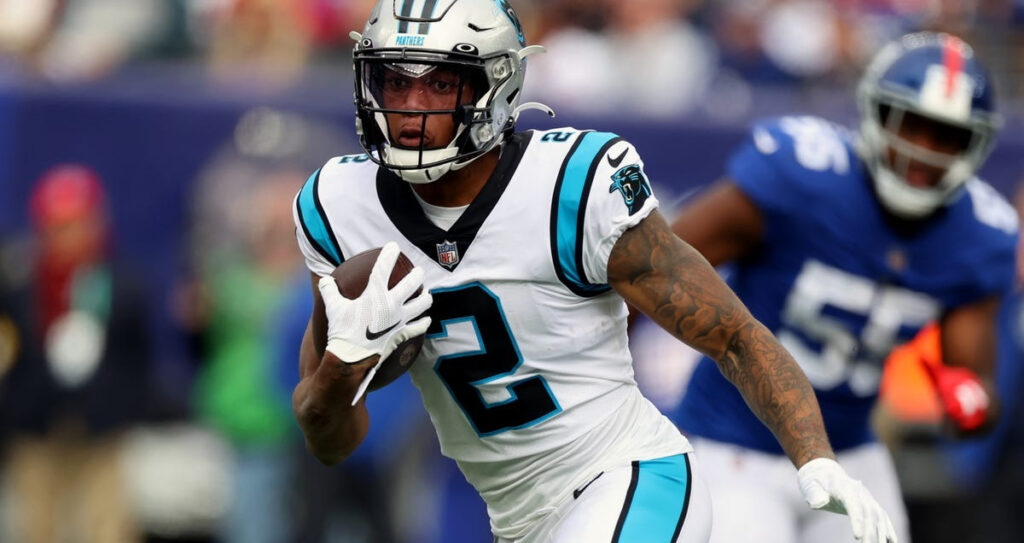 We expect a big game from DJ Moore as the Panthers host the Falcons on Thursday Night Football.

Two weeks after their epic overtime victory, the Atlanta Falcons hit the road to face the Carolina Panthers for Week 10’s Thursday Night Football matchup. Panthers fans will remember DJ Moore’s last-second, game-tying touchdown and subsequent 15-yard penalty against the Falcons for years to come, not to mention kicker Eddy Piñeiro’s missed field goal in overtime as victory slipped through their fingers.

Atlanta and its strong rushing attack, led by Marcus Mariota and Cordarrelle Patterson, look to sweep the season series as 3-point road favorites with a total set at 44 points. Carolina has lost four of their last five games, including a brutal 21-point thrashing to Joe Mixon and the Bengals in Week 9.

Week 9’s TNF player prop best bets swept the board, going 3-0 to give us a nice little 5-1 run over the last two weeks. Miles Sanders torched the Texans’ run defense to go over his rushing yard total, while Brevin Jordan and AJ Brown both managed to stay under their receiving yard and receptions totals, respectively.

We will stay composed ahead of Week 10’s NFC South matchup on TNF and present another round of player prop bets for this showdown in Charlotte.

Carolina hasn’t done much right this season, but their secondary has been a strength at times. The Panthers allow just 240 passing yards per game, and Atlanta themselves average just over 170 yards per game through the air.

Atlanta ran the ball 37 times compared to 28 pass attempts in their earlier matchup against Carolina this season and will likely follow a similar pattern on Thursday. London caught 4 passes for 31 yards in this same matchup two weeks ago and will struggle once again against Jaycee Horn on the road.

Moore hasn’t had consistent quarterback play for the better part of his career. His situation is slightly reminiscent of Larry Fitzgerald’s carousel of quarterbacks in Arizona, yet both players continue to produce for their teams regardless of who is throwing the ball.

PJ Walker has been inconsistent at best but relied on Moore to the tune of a 36.2% target share in Weeks 7-8. Atlanta allows 310 passing yards per game defensively, and Carolina exposed those weaknesses in their recent matchup. As long as Baker Mayfield doesn’t enter the game, this play has a good chance of cashing.

Koo has been as consistent as a kicker as anyone not named Justin Tucker over the last two seasons, connecting on 94.1% of his field goal tries and racking up 255 points during that time. Thursday night games have proven to be difficult for offenses to execute their game plans effectively, and Koo will be relied upon to contribute to a Falcons victory as a result.