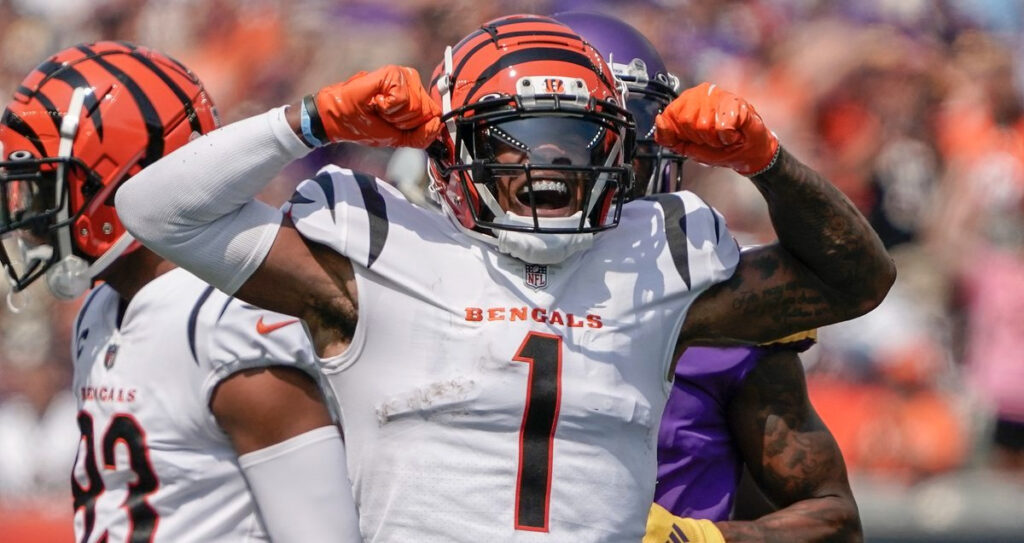 We finally made it to Wild Card Weekend! If you’re having any woes about 2023 thus far, fret not. There is at least one NFL game on Saturday, Sunday, and Monday of this week. Let’s take a look into this slate, diving into our best DraftKings DFS plays of the weekend.

Despite struggling early on in his career, Daniel Jones has really turned it around this season. Jones led the New York Giants to the playoffs and will be facing off against the Minnesota Vikings on Sunday.

We love Jones for DFS this weekend, considering the rushing upside that he provides from a quarterback and the fact that he has scored 24 or more points in two straight games.

If the Ravens want to have any chances at beating the Bengals this weekend, they will need to do so on the heels of a strong performance by Dobbins.

Although his past two performances have trended downward, in his last five games, Dobbins has games with 21 and 16.8 points. If he is able to get loose against the Bengals, Dobbins could be a great value play in your DFS lineup this week.

Saquon Barkley has been on a tear this season. He’s averaging 18.5 points per game and has eclipsed the 25-point mark on three different occasions this year. Simply put, Barkley provides an immense amount of upside this weekend and should be a great addition to any DFS lineup.

In any DFS lineup, chasing players with a high ceiling is what you typically look for. On Wild Card Weekend, it’s lose or go home, and that’s how we’re treating this lineup as well.

Adam Thielen’s fantasy production has significantly been reduced from last season, which can largely be attributed to his lack of touchdowns. Thielen looks to bounce back in a big way this weekend and can be trusted as a reliable end zone this weekend, especially when considering the circumstances.

We like the Vikings to have a big week, which is why we’re recommending two (yes, two!) Vikings receivers. While Thielen provides a safe floor with boom upside if he scores, Osborn is a very boom-or-bust player.

Ja’Marr Chase is our favorite player this week. When the Bengals played the Ravens last week, Chase put up 22.6 points and looks to do the same in a Wild Card rematch. Don’t overthink Chase this week.

Yes, another Minnesota Viking in our lineup. Since joining the Vikings, Hockenson has been Kirk Cousin’s favorite target.

He has been targeted over eight times in four of the Vikings’ last five games, including a 16 and 12 target game. In their week 16 matchup with the Giants, Hockenson had 38.9 points and looks to replicate his success in their playoff matchup.

The Ravens and Bengals are set to face off for the second time in two weeks. Simply put, Andrews is the Ravens' most reliable pass-catcher and should see a bulk of their red zone targets this week.

Look for Andrews to contribute to your roster in a big way, given that the Ravens will need to trust their most sure-handed player.

The fact that the Bills’ defense only holds a salary of $3,300 is astounding. Their opponent, the Miami Dolphins, is starting rookie quarterback Skylar Thompson this week.

The Bills should feast on the Dolphins’ weakness, resulting in a big payoff by taking the most expensive defense on the slate.