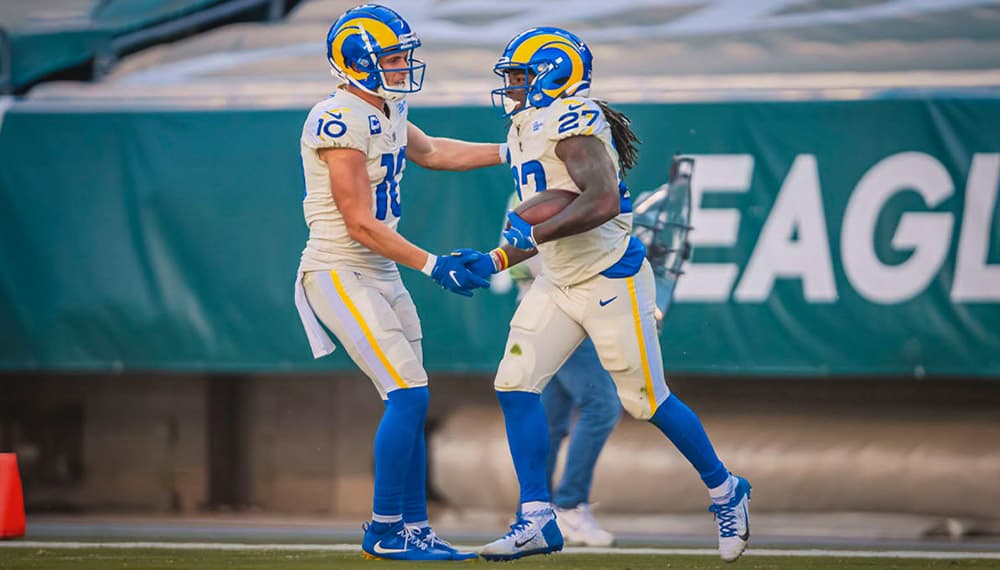 If your traditional betting bankroll is running a little thin these days but you still want some action to make things interesting, consider entering the DraftKings Fantasy Football Millionaire contest. You can’t beat the low entry fee of only $20 and the winner gets 1 million dollars!

If you’ve never played fantasy football before, feel free to use this article as a guide. However, be sure to do your research. A large key to having DFS success comes from finding “diamond in the rough” players who are undervalued or overlooked.

PointsBet is offering all new players an instant $100 bonus with any $1 bet. This offer is valid on any NFL, NBA, or college football wager... this week only! Here is how the offer works:

What the heck is going on with this Kansas City Chiefs defense? Their normally respectable defense has looked lost so far this season. The Chiefs rank dead last in yards per play allowed and 30th in yards per pass allowed.

This all means that Tannehill should have a tremendous day against this reeling Chiefs defense. Though the Titans prefer to run the football with Derrick Henry as much as possible, Tannehill is poised for a big game as he is averaging 244.5 yards per game so far this season. It also helps that star wideout AJ Brown will be fully healthy after dealing with a bad case of food poisoning before last Monday’s game against Buffalo.

We’ve been wanting to add Hubbard to one of our rosters ever since Christian McCaffrey went down with a hamstring injury. Hubbard has plenty of breakaway speed and his production has gotten better in recent weeks. The former Oklahoma State star scored his first NFL TD last week against Minnesota.

We expect Hubbard to have a dynamic game since this New York Giants rush defense has been terrible all season long. This unit ranks 25th in yards per rush so Hubbard should be able to find plenty of gaping holes to run through. We think Hubbard finds the end zone again this week while cracking the 100-yard barrier as well.

Harris shredded the Cowboys’ defense for 101 rushing yards and a TD last week. The former Alabama star is in excellent current form and having his best season ever as a pro running back. If you watched any of the Patriots game last week, you know that Harris is running with some serious physicality.

Harris already scored a TD against this same Jets team earlier in the season. We expect him to once again find the end zone this week. The Jets are currently allowing 123.4 rushing yards per game so there should be some opportunities for Harris to shine.

We are thinking that Hardman has a breakout game this week against the terrible Titans secondary. Hardman has only scored one TD this season but he should get more targets in this game, especially if Tyreek Hill doesn’t play. Hill is currently questionable with a quad injury and did not practice on Wednesday.

At 5-10, Hardman is a little on the smaller side, but the former Georgia Bulldog has plenty of speed to burn. This Titans secondary ranks 27th in yards per pass allowed (7.7). Look for Patrick Mahomes to dial up some deep post patterns to Hardman this week!

Well, Aaron Rodgers is playing like his old MVP self again! This makes Lazard a great pickup this week at wideout. The former Iowa State Cyclone has been a bit quiet this year but we expect that to change on Sunday against a putrid Washington secondary.

Washington is allowing 423 yards per game, which is next to last in the league. They are also allowing 309.5 passing yards per game, which ranks dead last. However, this unit does well against the run so expect Rodgers to have to pass the ball more often in this one. We’ll roll the dice that Davante Adams’ running mate puts up some nice numbers this week.

Nobody wants Ridley on their fantasy team. He’s coming off an injury and he’s had a down year so far. This is the perfect opportunity to buy Ridley at a low price!

Sure, Ridley’s slow start is concerning, but don’t be fooled, he is still Matt Ryan’s favorite target. Ryan has targeted Ridley 42 times in only 4 games this season.

The Dolphins’ defense has been banged up most of the year and some of the backups have performed terribly. The Fish are allowing 7.6 yards per pass (23rd) and 292.5 passing yards per game (29th). This secondary is ripe for the picking!

Something tells us that Ertz will feel like a new man now that he is out of Philly. The change of scenery should do Ertz some good, and it doesn’t hurt that he’s now on an undefeated team.

The former Stanford star was having a pretty decent season in Philly and had already scored a couple of TDs. That’s pretty impressive considering that Jalen Hurts is still learning how to be an NFL QB.

Now that Ertz is matched up with Kyler Murray, his production should skyrocket! This is the perfect time to add him to your squad since he’s going against the awful Texans pass defense.

Henderson has been a pleasant surprise for Sean McVay and this Rams offense. The former Memphis star has already scored 5 TDs and should be able to add a couple more to that total against this pitiful Lions rush defense.

McVay has been steadily increasing Henderson’s carries each week as he had 21 last week against the Giants. We think the Lions will play a lot of nickel or dime defense to try and slow down the Rams’ passing attack. This should leave some nice holes for Henderson in this game.

How in the world is the Cardinals’ defense this cheap? Sign us up! Arizona is only allowing 18.2 points per game (2nd) while Houston is only averaging 15.3 points per game (31st). We don’t see this Texans’ offense doing any major damage against the Cards’ defense.

Rookie QB Davis Mills threw a couple of picks last week against the Colts. That could very well happen again this week against this Cards defense as they’re pretty opportunistic.

Byron Murphy already has three picks so he could add one or two more this week. Chandler Jones already has five sacks and is a constant nuisance to opposing QBs. Great value here on this nice defense!