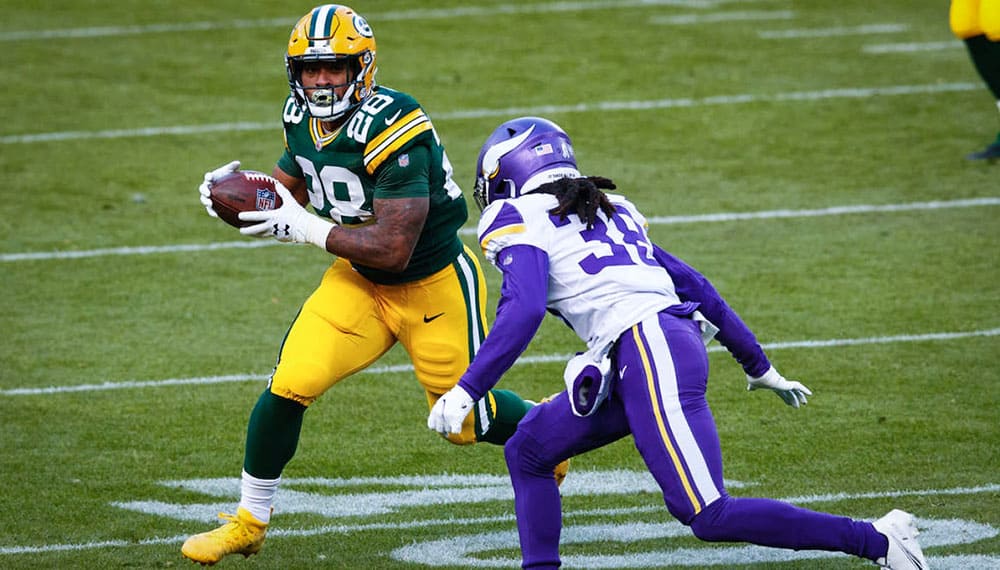 If you’re needing a Fantasy Football contest with a low entry fee and an insanely high payout, head over to DraftKings and check out their Millionaire contest. It only cost $20 to enter and the winner takes home a million bucks! Heck, the Top 46,000 contestants get a cash payout.

If you are new to the DFS game, here is our Week 11 NFL lineup to help get you started. Don’t follow our lineup blindly though, as it pays off to do your research. See if you can find that diamond in the rough player that everyone else overlooked.

Don't forget to consider using some of your Week 11 DFS picks in player prop pick'em contests at Underdog Fantasy. Underdog is the easiest way to cash in on the DFS research you do every week, allowing you to compete against only the house for up to a 20x payout.

Tagovailoa’s finger injury looks to be getting closer to 100% healed. The former Alabama star came off the bench for an injured Jacoby Brissett to lead the Dolphins to a shocking victory over the Baltimore Ravens last week.

Though some fans haven’t been pleased with Tagovailoa’s play, he has thrown 7 TD passes and ran for 3 additional scores as well. This should be a great matchup for the Dolphins passing offense since the Jets are giving up 8 yards per pass, which ranks next to last in the league. We are betting that Tagovailoa will have one of his best games of the season on Sunday.

Dillon has quietly waited his turn to be the starter and now he’ll get his opportunity with Aaron Jones missing a few weeks with a knee sprain. The former Boston College standout has the sheer size and raw power to rack up lots of short-yardage TDs.

The Vikings’ defense has had lots of trouble stopping the run the entire season. They rank 30th in yards per rush allowed so Dillon should be poised to put up some gaudy numbers on Sunday.

Pollard is one of our value picks this week. Even though Zeke gets all the hype, Pollard has gotten his share of carries this season. We think the former Memphis star could torch a Chiefs front seven that is surrendering 4.6 yards per rush.

Pollard only has 1 TD this season but we think he’ll have a great chance to find the end zone against Kansas City. The Dallas / Kansas City game has shootout written all over it so Pollard is likely to have plenty of opportunities.

We think Justin Fields should have one of his best games of the year against this horrendous Ravens secondary. Baltimore ranks dead last in the NFL in passing yards allowed per game so Mooney could surprise some folks this week.

Though Allen Robinson is the usual #1 wideout, he has not practiced at all this week with a hamstring injury. That should mean more targets for Mooney, who caught a TD pass against the Steelers in Week 9.

Moore has had a string of quiet outings but that could change in a big way this week. Washington gives up over 279 passing yards per game so Moore has the potential to crack the 100-yard receiving yards mark this Sunday.

Moore lit up the Cowboys for 113 yards and 2 TDs back in Week 4. We’re betting he puts up similar numbers against Washington this week.

Kirk is kind of a risky pick this week because everything depends on the health of QB Kyler Murray. However, Murray has been practicing all week so the odds are that he will play on Sunday.

With DeAndre Hopkins banged up and listed as questionable, we’re betting that Kirk has a big game against an awful Seahawks pass defense. Seattle gives up 275 yards per game through the air so Kirk could do some serious damage as long as Murray is a go.

Is this the week that Waller finally puts up another huge performance? We think it could be. The Raiders should be highly motivated after an awful showing on Sunday Night Football against the Chiefs last week.

Waller only caught 4 passes for 24 yards in that game but we think he’ll bounce back nicely against a subpar Bengals secondary. Cincy gives up over 260 passing yards per game so Derek Carr may be able to find Waller on some deep routes in this one.

Davis is one of our sleeper picks this week and we’ll use him at the Flex position. This kid has quietly put together a nice season, even with instability at the QB position.

The former Western Michigan star has racked up 442 receiving yards and 4 TDs this season. Even with the veteran Joe Flacco starting at QB this week for the Jets, we still think Davis could be in for a big game. The Dolphins rank 28th in passing yards allowed per game so there should be plenty of opportunities for Davis to shine in this one.

This Titans’ defense has come a long way since last year. Though this unit still struggles a bit against the pass, we don’t see the Houston Texans’ anemic offense being able to exploit that weakness.

Tennessee ranks 12th in takeaways per game (1.4) and may be able to confuse Tyrod Taylor into a pick or two in this game. The Texans may not have much success on the ground either, as the Titans rank 7th in rushing yards allowed per game.

Houston has a hard time protecting the QB as well, so Tennessee may be able to generate a few sacks. Best of luck with your Week 11 lineup!