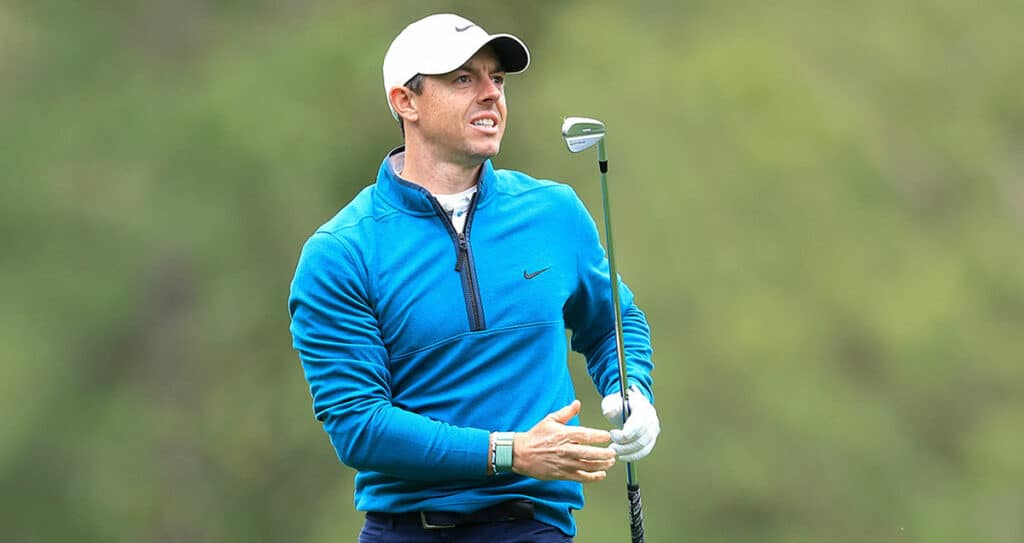 Rory captains our DraftKings lineup for the 2022 PGA Championship.
By Mike Noblin on May 17, 2022

Well fellow golf fans, we have finally made it to the second major of the PGA Tour season! Scottie Scheffler ran away from the entire field back in April to capture his first Masters title and green jacket! Can the world's #1 player continue his incredible run by taking home the 2022 PGA Championship?

No matter what happens at Southern Hills, this week promises to be highly entertaining, especially since Tiger Woods is back in action. Since major tournaments usually bring out even casual DFS players, we thought it was a good time to dive into our DraftKings Millionaire Lineup for the 2022 PGA Championship.

If you've never played in a fantasy golf contest before, we highly recommend the Millionaire. As its name implies, the winner takes home a million bucks! We also love the low entry fee of only $25!

Okay, we admit it! We may have overpaid a bit for Rory this week. However, the four-time major champion has been in outstanding form of late.

McIlroy finished 2nd at the Masters behind Scheffler in early April. He followed that up with a respectable 5th place finish at the Wells Fargo a couple of weeks ago. We think the 33-year-old should be in contention on Sunday and we love the fact that he ranks 3rd in strokes gained off the tee.

Smith has been on fire all season long and he shows no signs of slowing down. The 28-year-old Aussie showed a ton of mental toughness by winning The Players back in March. With that win, Smith proved that he can handle a tough course like Southern Hills.

The five-time Tour winner isn't very long off the tee but he's been deadly accurate with his iron shots all year (7th in strokes gained on approach). Smith has also been putting the lights out this season, as evidenced by his .922 strokes gained putting (4th).

Lowry hasn't won yet this year but he's been the model of consistency. The 2019 Open Champion finished 2nd at The Honda Classic, T3 at The Masters, and T3 at the RBC Heritage.

Since the calendar turned to 2022, Lowry has placed in the Top 25 in six out of his seven starts! Like Smith, Lowry has been incredibly accurate with his irons (4th on approach) and his putter (13th). We expect another Top 10 finish from the Irishman this week at Southern Hills.

Kuuuuuuch may be 43 years old, but he's still a Top 10 machine! He had an incredible April by finishing T2 at the Valero Texas Open and T3 at the RBC Heritage. The 9-time Tour winner also finished T12 last week at the AT&T Byron Nelson.

Kuchar should do well on a course like Southern Hills since it rewards golfers who are more accurate off the tee. The former Georgia Tech Yellow Jacket ranks 3rd in strokes gained around the green. This makes us think that the $6,800 price tag is a bargain!

Berger's been dealing with a back injury this season and because of that, most folks have kind of forgotten about him. Nevertheless, we think the former Florida State Seminole is on the verge of finding the winner's circle again very soon. Berger's had a challenging season, but he finished 4th at The Honda Classic and T13 at The Players.

We've always admired Berger because his game has no glaring weaknesses. To that point, even in an injury-riddled season, Berger still ranks 9th in strokes gained on approach and 7th in strokes gained tee to green. It wouldn't surprise us if Berger took home his first major this week!

Harrington hasn't done much damage on the big Tour this season but he's been tearing up the PGA Tour Champions. The 3-time major winner won the PGA Championship back in 2008 and he's got enough ball-striking ability to sneak into the Top 20, even as a 50-year-old.

For those that were hoping to see the big cat in our lineup, sorry to disappoint. However, rest assured Tiger's 2022 PGA Championship will get plenty of coverage this week. He did make our best bets as one of the better make the cut prop bets available for this weekend, so we are willing to bet that we get a full weekend of Tiger Woods at Southern Hills.

Best of luck with your DraftKings Millionaire lineups this week at the PGA Championship, and don't forget to mix in some cash games!