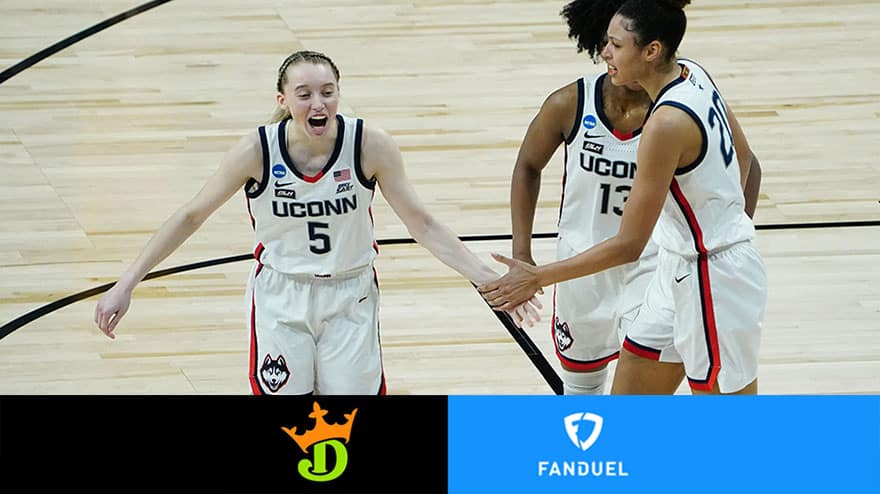 DraftKings And FanDuel To Continue DFS Operations In Connecticut

Connecticut’s new sports betting law went into effect in early July forcing most Daily Fantasy Sports operators out of the state. Under the new law, digital platforms can only continue to operate if they partner up with either a tribe that was granted a license or the Connecticut Lottery.

The two operators that managed to secure partnerships are DraftKings and FanDuel, while PrizePicks, Monkey Knife Fight, and Underdog Fantasy didn’t announce a partner yet. The maximum number of digital sportsbooks or DFS platforms that are allowed to operate in the state of Connecticut is three. The Connecticut Lottery hasn’t announced its selected partner at this point, but all operators without a partnership and license were forced to shut down on July 1.

Even before the introduction of the new law, DraftKings had a sports betting partnership in place with the operator of Foxwood Casino, the Mashantucket Pequot Tribe. FanDuel on the other hand landed a partnership with the Mohegan Tribe just before the new law went live, resulting in the daily fantasy giant continuing their operation through a provisional license.

It is important to note that the current license will only allow FanDuel to continue to operate its daily fantasy platform, but won't give them market access for sports betting. At this point, there has been no word on the partners extending their partnership to sports betting.

Connecticut’s Department of Consumer Protection did confirm that both DraftKings & FanDuel can continue to operate with the granted provisional licenses. Both licenses will expire on September 30, or the date on which the more comprehensive licenses provided for in the May legislation has been issued.

Governor Ned Lamont confirmed in a statement that this is a short-term step that allows for continuation for DFS providers operating in Connecticut, as legislators move forward in modernizing the gambling landscape in the state. The governor also added that he expects this to be a competitive and nation-leading modern market thanks to the Mashantucket Pequot Tribe, the Mohegan Tribe, and the Connecticut Lottery.

Some Operators May be Left Out

The Department of Consumer Protection confirmed that only two companies are authorized currently, DraftKings and FanDuel. Any other operator would need to enter into a contract with one of the tribal casinos or the lottery corporation to operate fantasy sports in the state.

These operators include the Brooklyn-based Underdog Fantasy. Underdog Fantasy is backed by Dallas Mavericks owner Mark Cuban and Brooklyn Nets forward Kevin Durant among other superstars in the major leagues. The fourth major DFS operator, PrizePicks tried to put together a social media campaign to save fantasy sports in Connecticut, but they had to stop operating on June 1, just like Monkey Knife Fight, which is now run by Bally’s.

Fantasy Sports & Gaming Association released a statement detailing how disappointed they are in the Connecticut ruling. They argued that a large part of the Connecticut DFS userbase will be without the site they normally use and the number of available contests for users to enter also dropped significantly. The FSGA found it to be positive that at least some of their member companies can keep operating without interruption.

While sports betting is still working its way from legal to live in the state keeping their DFS sites up is key for both DraftKings and FanDuel. Once the U.S. Department of Interior approves the state-tribal compacts and sports betting goes live, both companies will be able to use their current Daily Fantasy Sports databases to get a head start over their competition by signing up DFS players to their sports betting services.

The current goal for lawmakers is for sports betting to be available in Connecticut before the end of the year. DraftKings already has a plan for a retail sportsbook at Foxwoods besides their online platform and the Connecticut Lottery is allowed to open up 15 retail locations through the state through a partner. Additionally, the Mohegans also announced that they launched a new division for iGaming and could be preparing to make moves in the online gambling space.