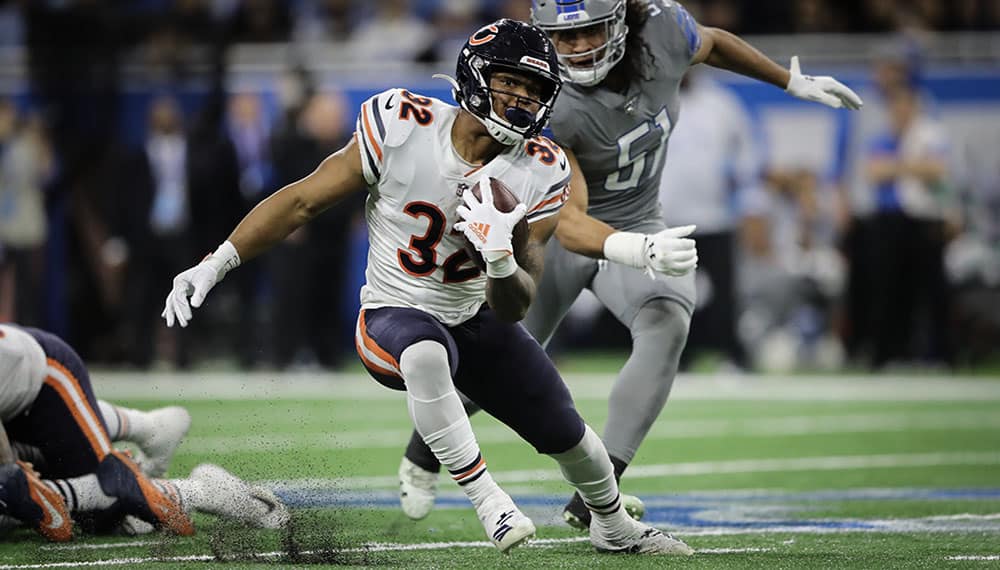 We’ve reached the home stretch of the NFL season and that brings our favorite reason to refrain from conversation with your family – Thanksgiving Day football.

As the same in recent years, we are now blessed with three games on turkey day and while we have the usual suspects, the Dallas Cowboys and Detroit Lions; we also have some talented players and teams on the slate.

Let’s break down the top plays for the Thanksgiving Millionaire contest at DraftKings Fantasy by position:

Siemian has quietly put together a solid stretch of games since taking over for Jameis Winston, racking up at least 200 yards, 19 completions, and two touchdowns in the Saints' last three games.

The Saints go up against a solid Bills defense, but also a Bills offense that will likely put up some points and force the Saints to throw a bit more than they are used to. I’m going with Siemian as a nice value play at the quarterback position, especially considering the questionable status of the team’s top two running backs.

Priced a bit higher than Siemian, but still lower than top-priced Josh Allen, I’m looking at Dak to have a solid performance after a lackluster effort in Kansas City this past weekend.

Prior to a dreadful 5.64 FPTS performance against the Chiefs, Dak was clicking having scored at least 19.88 FPTS in all but one game this season.

The Cowboys also square off against a pretty poor Raiders defense that will also be willing to throw the ball on offense, allowing for more opportunities for the Cowboy offense to get on the field.

With the highest projected point total of the day at 54.5, give me Prescott to lead all other quarterbacks.

I’m avoiding the Saints running backs this week given the injury concerns to Mark Ingram and Alvin Kamara. Speaking of injuries, Justin Fields is unlikely to play, paving the way for an already bulky workload for Montgomery.

In recent weeks since returning to the lineup, Montgomery has racked up 13.5 carries a game while averaging 4+ yards a carry.

While he hasn’t reached the endzone since coming back, I’d expect the Bears to lean heavily on the back against an extremely favorable Lions run defense.

The hefty price tag also carries the most likely rusher to top 15 points on Sunday. D’Andre Swift may also be a nice play, but I’m going with the steady workhorse in Elliot.

In a game that Dallas could be well in control of, expect to see Elliot rack up a number of carries and targets while protecting the lead.

Elliot has seen more targets as of late (6+ in two of the last four games), which should bode well against the Las Vegas defense.

With the top two Dallas pass-catchers likely out in Amari Cooper and CeeDee Lamb, Gallup is in line for a high target share than usual.

After hauling in five receptions on 10 targets last week with Cooper out, I wouldn’t be surprised to see the total end up around 13-15 this week. We know the Cowboys will want to throw the ball and with a price tag under $6,000, you will want to have Gallup in all your tournament lineups.

An absolutely brutal slate of receiver options has graced our Thanksgiving Day lineup this week, so it’s almost a no-brainer to go with Diggs in the top scorer spot.

Diggs has scored a touchdown in four of the last five games, despite only seeing 11, 7, 8, 13, and 6 targets respectively.

The beauty of Diggs is that what he lacks in opportunities, he magnifies with his electricity and ability to find the endzone. He will clearly be the top target of the day for Josh Allen when the Bills approach the red zone.

Similar to Gallup above, expect one of Prescott’s favorite targets to see an even higher share of looks this week.

Schultz has accounted for 10 or more FPTs in six games this year and I wouldn’t be shocked to see him top that yet again.

The top-priced option on the tight end board is also the most lethal. Various situations have left the Raider scratching for options, but Waller has always been the top dog. Despite seeing intensifying coverage as the lone Raider option, Waller should still put up the best stats of the tight ends on the board for Thursday.

I’m rolling with the Bears this week, even without Khalil Mack. The Detroit offense has been just brutal at times this year and I expect the Bears defense to make life pretty difficult for Jared Goff, who is battling some injuries.

Read More
Is 2023 the Year for New York to Legalize Online Casinos?

The State of New York has debated the legalization of casinos for many years. Some believe that it could provide a much-needed boost to the economy, while others are concerned about the social implications. The 2023 legislative session may be the deciding factor in whether or not casinos become legalized in New York. Here's a […]

Sunday’s Championship games resulted in another winning week for our player prop best bet card. We rolled to a 13-4 record in the Divisional and Championship rounds of the NFL postseason which brings us to the doorstep of Super Bowl 57 with a week off in between. What better way to spend that time than […]

I’d like to start by thanking you, the reader, for being part of an exciting, profitable season in the NFL. Through the conference championship games, our best bet record stands at 42-32 this year, meaning that bettors using the same unit size would be up somewhere in the ballpark of 6.8 units on the season. […]