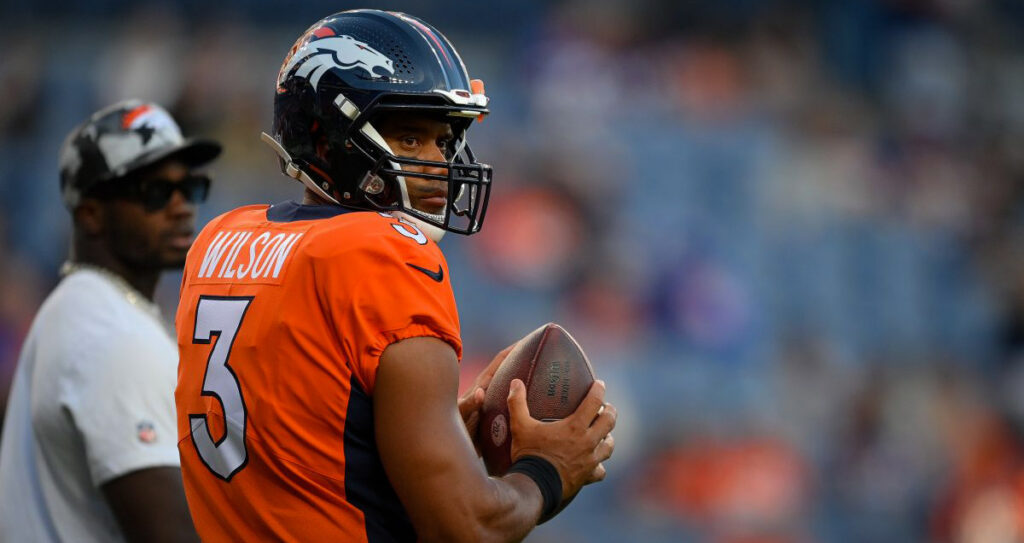 We expect Russell to cook in his return to Seattle and the Broncos to cover the 6.5-point spread on Monday Night Football.

We are being treated to one heck of a storyline for the 1st Monday Night Football games of the season. Russell Wilson will play his 1st game as a Denver Bronco on the field that he owned for the entirety of his career to this point. The 12th man had always had his back, but that won’t be the story in this game.

Will the Broncos blow out a Seahawks squad that is clearly in rebuilding mode? Or, will Seattle be able to hang tough and protect their home field? Let's go over the live odds and our best bet for Denver at Seattle.

Wilson inherited a Broncos offense that has a number of solid weapons. Jerry Jeudy and Courtland Sutton are deep threats on each side of the field. That should spell trouble for an underwhelming Seahawks secondary.

Javonte Williams is one of the best young backs in the league and has the mentorship of Melvin Gordon, who has a nose for the endzone with him. Big Al at the tight end spot is an added bonus and of course, Wilson’s legs are always a weapon.

Seattle will start Geno Smith in the opener as he replaces Wilson. No disrespect to Geno but he is not nearly the leader/QB that Russ is/was. Wilson is a future HOF’er and Geno will be lucky to have his job come midseason.

Chris Carson retired due to a neck injury and the backfield will be committee based for a majority of the time. We are expecting Russ to light the night up here and route his former team.

We hate laying points in the NFL, especially on the road in prime time spots. However, we just don't see how Seattle generates enough points to cover this spread. Wilson wants to make a statement to his former team and we think he will.

Denver has several matchup advantages in this game that they should be able to exploit. Seattle's secondary gave up 265.5 passing yards per game last season, which ranked next to last in the league. They also gave up 6.9 yards per pass, which ranked 24th.

The crazy thing is that things may get worse for the Seahawks' pass defense before they get better. Seattle will be starting two rookies in the secondary tonight: 4th-round pick Coby Bryant at nickel and 5th-round pick Tariq Woolen at corner. Look for Mr. Wilson to pick on both of these youngsters early and often in this game.

On the other side of the ball, it's going to be tough for Seattle to generate much offense. Denver's defense was stingy last year, as they ranked 2nd in the league by only allowing 18.9 points per game. The Broncos also ranked 8th in passing yards allowed per game (214.8).

Our numbers show a double-digit Broncos win so we have no trouble laying the points in this one. Jump on Denver -6.5 while it's still available.

As soon as Geno Smith was announced as the starting QB for the Seahawks, we became interested in playing this game Under the total. The former West Virginia star is serviceable, but he is the epitome of a dink-and-dunk quarterback. That's not going to get it done against an aggressive Broncos defense.

While Seattle has some nice weapons at wideout like DK Metcalf and Tyler Lockett, Smith has proven that he doesn't like to take many deep shots. Even if the Seahawks do try a few deep throws, Pat Surtain should be able to contain Metcalf. We also expect Bradley Chubb and Randy Gregory to make Smith's life miserable with a steady pass rush for most of the night.

Another reason we like the Under has to do with the strength of each team's red zone defense. Last season, Denver ranked 2nd, and Seattle ranked 3rd in touchdowns allowed in the red zone. If those two trends continue, we'll see a lot of field goals in this game.

Our numbers have this game topping out in the high 30s. Let's take the Under and root for some defensive stops!

Denver opened as a four-point betting favorite when the NFL Week 1 lines were posted two months ago. That number moved to +6.5 two weeks ago, which is where it currently stands at most sportsbooks.

The total has also moved significantly since opening at 41 points this summer. It has moved from 42 to 44 over the past week and is currently sitting between 43.5 points to 44 points at most U.S. sportsbooks.

Here is a look at the live odds for this Monday Night Football showdown:
Week 1 NFL Odds: Denver vs Seattle

There are some clear betting trends for these two teams that we have our eyes on. Seattle’s once massive home-field advantage is nonexistent, while Denver has been great against the spread in September. Here are some numbers to keep in mind as you bet on the week 1 Monday Night Football game: