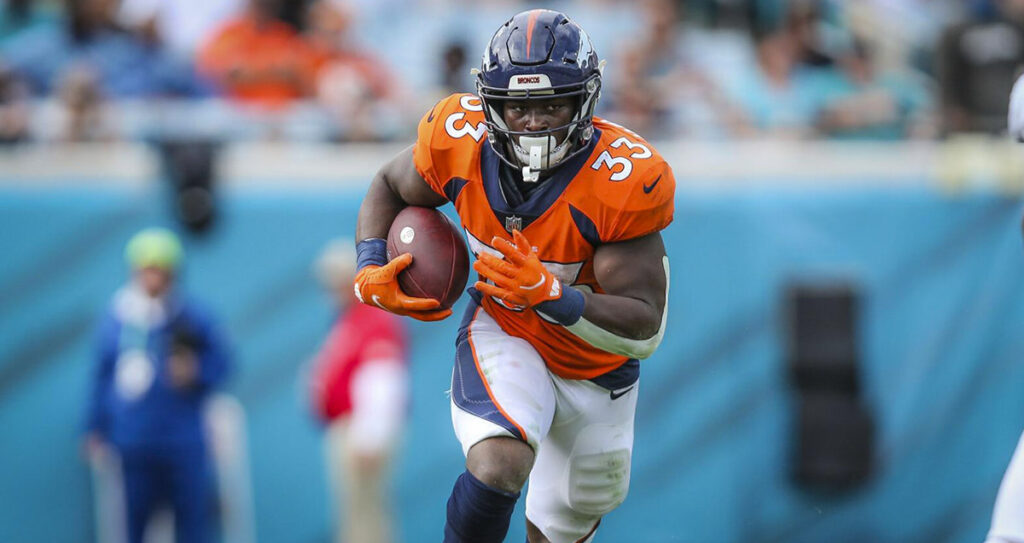 Will Javonte Williams cash his rushing yards prop on Monday Night? Find out in our prop bet picks.

Russell Wilson didn’t have to wait long to return to Seattle. His Denver Broncos travel to the Seahawks as a 6.5-point favorite for the first Monday Night Football game of the 2022 NFL season.

There are a number of intriguing storylines in this one, and plenty of player props to choose from. However, it only seems fitting that we start with a pair of Wilson props that catch our eye as offering great value. Let's go over our best player props for Monday Night Football.

Like we mentioned in our article on the best bets where we were backing the Broncos, we are expecting a big night out of Russell Wilson. He will be playing in Seattle as an opponent for the 1st time in his career.

He will want to show Pete Carroll and the Seahawks fans what he is capable of with trustworthy weapons. It wouldn't surprise us a bit if Wilson ends up with three or four touchdown passes in this game.

There is a reason why this prop is juiced up a bit. That is because the oddsmakers know that it will take Russ 2 carries at the most to get over this number.

Once the pocket breaks down for the Broncos, Russ will use his mobility to pick up easy yards and as always, he’ll stick that ball out an extra yard or two as he heads out of bounds.

Of course, as great as the Wilson-to-Denver move is for the Broncos, it is equally concerning for the Seahawks who will have to turn to Geno Smith for week 1. Smith makes his 2022 debut against a Broncos defense that was a top 10 pass defense last season and held opposing QBs to the 4th lowest completion percentage in the league (60.7%).

How should we attack this from a player prop perspective? Look for DK Metcalf to struggle against a talented cornerback group, led by Pat Surtain, Ronald Darby, and K’Waun Williams.

The void that Russell Wilson left will weigh heaviest on DK. Geno Smith will not be able to get the ball out to DK enough and in the spots where he will be able to make defenders miss and pick up yards after the catch.

DK is the lone weapon on this Seahawks offense and the Broncos defense will be looking to shut him down and force anyone else to beat them.

We just couldn't resist this plus-money pick over at Caesars, which is at least 14 cents cheaper than any other sportsbook! This is why it pays to have accounts with as many sportsbooks as possible.

Williams is a stud and we think he'll have a great season for Denver this year. However, we think this yardage number is a bit too high. For one, Williams only averaged 53.1 yards per game in 2021, which is 5.4 yards lower than the current price.

Also, Williams went Under 58.5 yards in 11 out of 17 games last season. That's a pretty strong trend.

We also like the fact that Seattle's defense ranked 2nd in the league in yards per rush allowed last year (3.8). And finally, Williams will still be splitting carriers with veteran RB Melvin Gordon, which will give him fewer chances of breaking off a big run. The Under looks mighty good!

First touchdown darts are a great way to attack player props for a single game slate. You can find great odds that are worth a sprinkle in addition to your player prop picks. Here are our three favorite first touchdown bets for this week 1 Monday Night Football matchup: