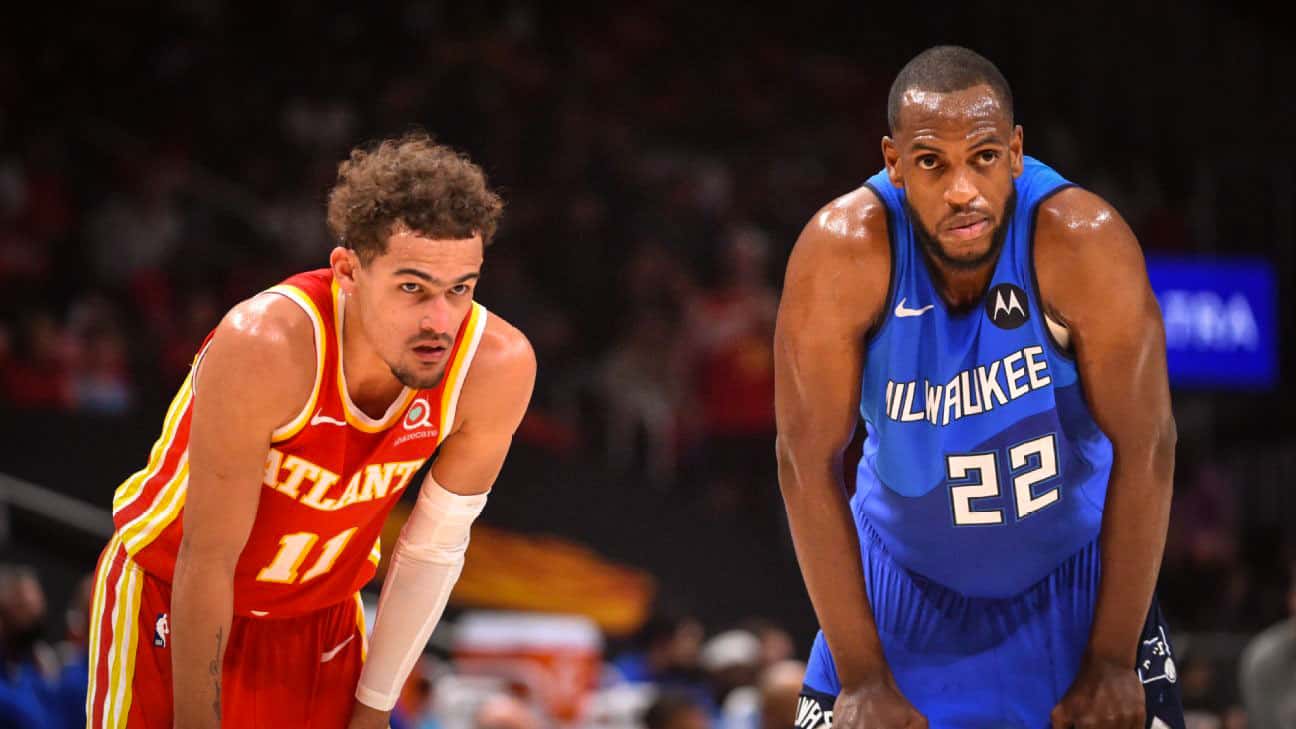 Though hoops fans don’t know what teams will face off in the NBA Finals, the odds have already been posted for what player will be named MVP of the finals. If you like one of the favorites for MVP, it makes plenty of sense to go ahead and lock in that wager now before the lines move against you. Giannis Antetokounmpo of the Milwaukee Bucks is currently the heavy favorite with Devin Booker of the Phoenix Suns nipping at his heels.

In this article, we’re going to dive into what three players have the best chance to capture the coveted crown of NBA Finals MVP. You’ll get to see our top favorite, top long shot underdog, and a bonus bet that we think has plenty of value. Before getting into the picks, let’s take a look at the current odds from the fine folks at FanDuel.

We normally avoid the top of the board when betting futures because there normally isn’t much value to be had by taking the overall favorite. However, we have a gut feeling that this is finally the Greek Freak’s year to break through and win a title. The 2-time regular season MVP has a great chance of taking home the hardware as the NBA Finals MVP.

Antetokounmpo has been a consistent force down low for the Bucks the entire postseason. The 6-11 242 pounder was the key reason why the Bucks were able to shock the world and defeat the star-studded Brooklyn Nets in seven games. The 26-year old power forward is averaging 28.8 points, 13.6 boards, and 5.1 dimes per game this postseason.

Giannis is by far the Bucks' most gifted scorer and a big reason why they are the current favorite (+105 currently at Fanduel) to win the NBA Title. The Greece native scored over 30 points in six out of the seven games against the Nets in the Eastern Conference Semifinals.

If there’s one guy that can carry the Bucks besides Giannis, it’s Khris Middleton. The 29-year old small forward has shown the ability to get hot from three-point land and he is the second-best scorer on the team. Middleton has had a splendid postseason by averaging 23.3 points, 8 rebounds, and 4.3 assists per contest.

Every big-time NBA superstar needs a wingman by his side. Michael Jordan had Scottie Pippen, Larry Bird had Kevin McHale, and Giannis Antetokounmpo has Khris Middleton. The 6-7 222 pounder has been one of the most underrated players in the NBA for several years. Now is the perfect time for Middleton to rise up and shine to garner the respect of the entire league.

While Giannis is the best choice for MVP of the finals, Middleton presents a ton of value at the 27 to 1 price tag. Our numbers show that Middleton should have a price of about 15 to 1, so there’s plenty of value to be had at the current price. We recommend a small 0.25 unit play on Middleton to shock everyone and bring home the finals MVP hardware.

Wouldn’t it make for the best NBA story of the year if Chris Paul comes back from COVID-19 to win MVP of the finals? After going up 2-0 on the Los Angeles Clippers, the Phoenix Suns look like a virtual lock to make the finals. Paul should be able to clear the NBA’s health and safety protocols by the time the finals roll around.

Sure, Devin Booker is the Suns’ most dynamic scorer and one heck of a basketball player. However, even casual basketball fans know that this is Chris Paul’s team. Paul’s leadership is a key reason why the Suns have advanced this far in the playoffs.

Paul has performed at a high level this postseason despite a painful shoulder injury. The 36-year old point guard has averaged 15.7 points, 4.1 rebounds, and a team-best 8.7 assists per game in the playoffs. Can you imagine the emotional lift that Paul will give the Suns when he returns from COVID-19?

There’s a reason why the books still have Paul listed as one of the top favorites to win finals MVP. Everyone expects Paul to come back soon and be fired up to win his first-ever championship ring. Getting 5 to 1 on Paul may not sound like great value, but it’s still worth a bet in our opinion. We’ll make it a small 0.5 unit play on CP3 to take home the finals MVP award.

What about Trae Young and/or Paul George?

Both Trae Young and Paul George are outstanding players for their respective teams. Though both of these players have MVP ability, unfortunately we don’t expect either the Hawks or the Clippers to make the finals.

In George’s case, the Clippers are already down 1-2 after losing a heartbreaker in Game 2 to the Suns. While the Clippers are used to being down, they aren’t used to making a comeback without Kawhi Leonard. Leonard suffered a devastating knee injury and it’s unlikely that he’ll be back to help out George in the comeback effort against Phoenix.

In Young’s case, he’s possibly the most exciting player to watch but he simply doesn’t have enough help to get the Hawks to the finals. We anticipate Young having a great series against the Bucks. However, it won’t be enough to overcome all the other matchup advantages that the Bucks will have.