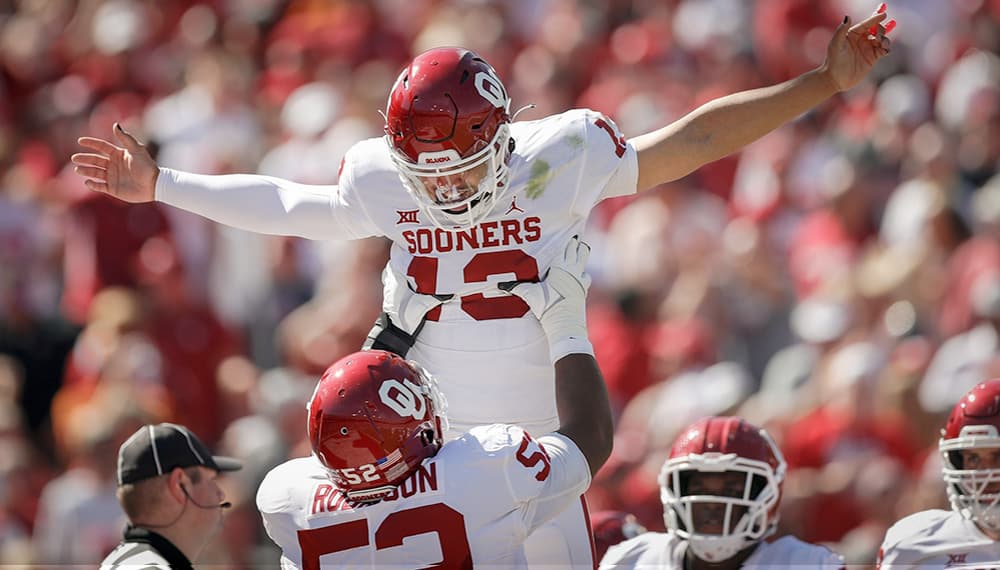 Alright, it’s that time of the week again! Let’s take a look at the craziest bets from NFL Week 5 and College Football Week 6. Plenty of bettors cashed out on a variety of unlikely outcomes.

As usual in college football, there were multiple upsets last Saturday, none bigger than #1 Alabama losing to an unranked Texas A&M team. Whoever took the Aggies to beat the Crimson Tide straight up got a nice moneyline price of +750. Here are some of the other crazy bets that cashed last weekend.

A sports investor at Caesars Sportsbook got his weekend off on the right foot with a convincing victory on Thursday Night Football. This person bet $440,000 to win $400,000 on the Los Angeles Rams to cover the -2.5 point spread.

It took quite a while for Matthew Stafford and the Rams offense to get going in front of a hostile Seahawks crowd. Seattle led 7-3 at the half and things look a bit bleak for this sports bettor’s large wager.

However, Sean McVay ratcheted up the play calling and Stafford got into a nice groove in the second half. The Rams got a huge break when Seahawks QB Russell Wilson was knocked out of the game with a nasty finger injury. The Rams cruised to a 26-17 win and made this bettor at Caesars a nice wad of cold hard cash!

The wildest college football game of the day on Saturday was the Red River Showdown between Oklahoma and Texas. The Longhorns looked to be cruising to an easy victory over their archrival as they led 28-7 at the end of the first quarter.

A sports bettor at Caesars had a hunch that Lincoln Riley and the Sooners offense would eventually wake up, so he placed a $2,000 live wager on Oklahoma +475 on the moneyline. What was the result?

The Sooners outscored the Longhorns 25-7 in the fourth quarter to win the game 55-48. This gave this sports bettor a nice $9,500 win! Now that’s taking full advantage of a live betting opportunity!

Oklahoma trailed Texas by 21 in the 1st Quarter and their Live ML odds were as high as +1000 this game.

We haven’t seen a crazy parlay cash out in a few weeks so this was a nice surprise. A sports bettor at FanDuel Sportsbook wagered $181 on an unlikely 5-leg parlay. The interesting thing was that this parlay had a little bit of everything (moneylines, player props, and Anytime TD scorers).

All five legs came through as soon as Mason Crosby’s field goal gave the Packers a last-second victory over the feisty Bengals. This bettor brought home $26,762.98 for his efforts! Great work!

Speaking of wild and wacky parlays, this sports bettor at DraftKings cashed out a 12 team moneyline parlay on Sunday. Though the majority of the teams in the parlay were large favorites, this bettor did sprinkle in three underdogs into the mix with the Eagles, Steelers, and Bills.

The biggest sweat for this bettor was probably the Eagles, as they trailed the Carolina Panthers by nine points at the half. However, QB Jalen Hurts rallied the troops and the Eagles pulled off the miraculous comeback.

We’re sure this bettor was grateful that they didn’t have to sweat the Sunday Night Football game, as the Bills handily defeated the Chiefs. Turning $45 into $12,203.17 is one heck of an ROI, to say the least!

We saved the largest win of the week for last. This sports investor at Planet Hollywood in Las Vegas is loving life after winning $472,727.25 on Sunday Night Football. The wager was $520,000 on the Bills to cover the first half-point spread of +1.5.

This was almost a no sweat victory as Bills QB Josh Allen went off in the first half for three total touchdowns (1 rushing, 2 passing). Buffalo led Kansas City 24-13 at the break and sent this sports bettor home with a small fortune.