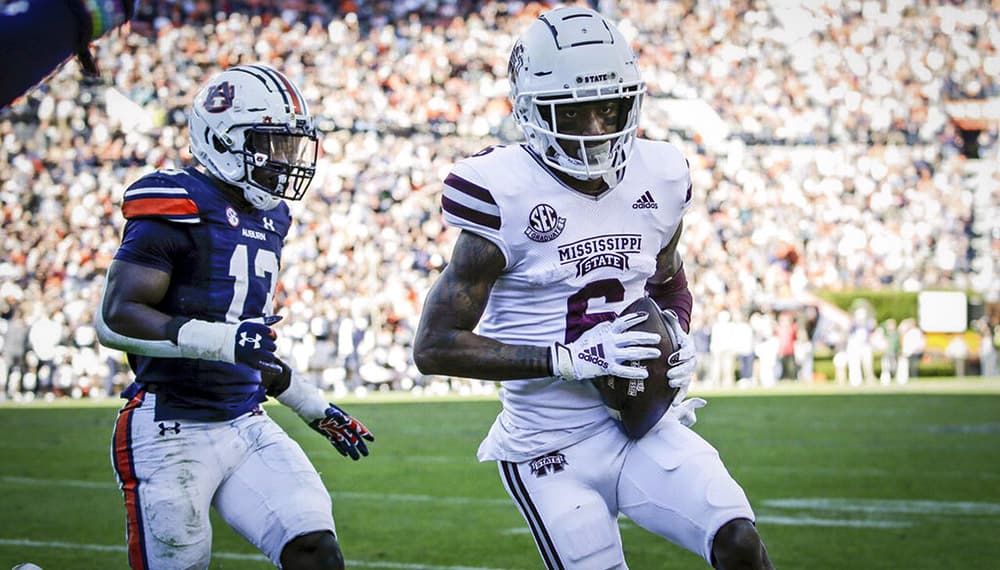 Good Monday morning fellow sports betting degenerates! It’s our favorite time of the week! Let’s look at some of the crazy bets that cashed from NFL Week 10 and College Football Week 11. We even have an NBA crazy bet that showed up this week!

As usual, there were some insane upsets in both the college and pro football ranks that nobody saw coming! The Miami Dolphins stunned the Baltimore Ravens by beating them outright as 8.5 point underdogs on Thursday Night Football. In college, Texas lost to Kansas! (Wait...WHAT?) Without further adieu, let’s get to the bets!

A bettor at DraftKings Sportsbook cashed a rare ticket on Thursday Night Football. He bet $100 that the Miami Dolphins defense would score the first TD of the game.

As some folks predicted, it was a low-scoring field goal fest until the fourth quarter when Dolphins CB Xavien Howard made a game-breaking play. Lamar Jackson hit Sammy Watkins over the middle for what looked like a decent gain.

Howard laid a good lick on Watkins and made him fumble the ball. Not only that, Howard picked up the fumble and returned it 49 yards for a TD!

That crazy play turned this DraftKings bettor’s $100 longshot bet into a payout of $4,100! Who says longshots don’t pay off?

A bettor actually put $100 on the Dolphins defense to score the first touchdown of the game.

This is the first time an NBA ticket has made it into our crazy bets column. Though we primarily stick to football, we just couldn’t pass up mentioning this insane basketball bet.

This bettor placed a 13 team NBA moneyline parlay on November 10. An impressive aspect of this guy’s bet is that 6 out of his 13 parlay legs were on underdogs! That’s something you don’t see every day!

We are sure this bettor was sweating like crazy as the final leg of his parlay, The Lakers, went into overtime against the Heat. Luckily for this bettor, Malik Monk, and Anthony Davis dominated the overtime period and the Lakers won 120-117.

Could you imagine turning $5 into more than $20K? Talk about a nice early Christmas present!

A Bettor at Caesars Cashes in BIG with Mississippi State +190

Did anyone see this crazy game? Auburn jetted out to a 28-3 lead and we’re thinking this Caesars Sportsbook bettor was probably thinking of either burning his Mississippi State ticket or at least using it as a beer coaster!

Everything turned around, both for the Bulldogs and this bettor, with around two minutes to go before halftime. QB Will Rogers found Makai Polk for a 4-yard TD pass to bring the Bulldogs to within 18 points.

Mississippi State went on to score 40 unanswered points and Jordan Hare Stadium went into a state of silent disbelief. The Bulldogs ended up winning the game 43-34 and netted this Caesars bettor a big-time payday. Don’t call it a comeback!

2 Bettors at Caesars Win BIG on the Detroit Lions!

Ben Roethlisberger tested positive for COVID-19 so Mason Rudolph got the start for the Steelers. Pittsburgh started hot and took a 7-0 into the second quarter. The Lions fought hard to tie the game at 10 at the half.

Godwin Igwebuike scored on a crazy 42-yard run to give the Lions a six-point lead in the third quarter. Unfortunately, Detroit missed the extra point. This allowed the Steelers to come back and tie the game at 16-16 with two field goals.

Both of these Lions bettors were probably so thankful that they didn’t have to sweat the overtime period. That’s the beautiful thing about betting on big underdogs! Both of these guys cashed their tickets and padded their bank accounts, even though the game ended in a tie!