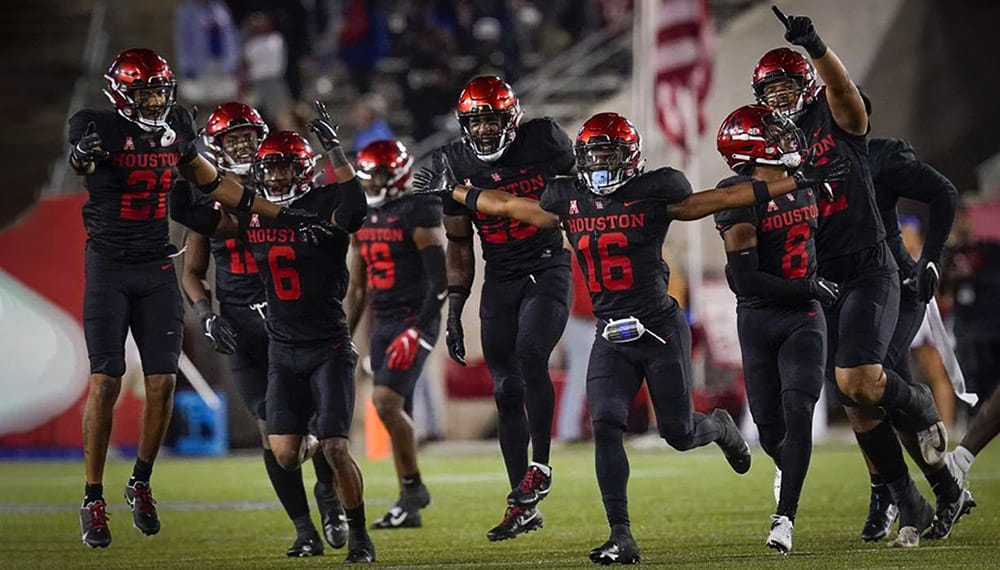 Happy Monday morning fellow sports bettors! Let’s fight off the Monday blues by getting in some caffeine and some crazy bets! If you happen to know any of these lucky sports bettors, make them buy the coffee this morning!

In this week’s edition of Crazy Bets, we have a little bit of everything (moneylines, player props, and mega bets). Without further adieu here are the craziest bets that cashed in NFL Week 8 / CFB Week 9.

Player props don't make it onto our list that often so we’re glad to see one on here this week. A sports bettor at BetMGM felt confident that Arizona Cardinals RB Chase Edmonds would finally score his first TD of the year.

He bet $25,000 that Edmonds would find the end zone against the Green Bay Packers on Thursday Night Football at +200 odds. This bet took a bit of courage because, even though Edmonds is a fine tailback, Arizona prefers to give the football to James Connor down around the goal line.

The result was a beautiful, rocking chair, no-sweat winner! Edmonds found the end zone in the first quarter for the first TD of the game and his first of the season. The total bet payout for this BetMGM gambler was a cool $75,000!

No one gave Navy much of a chance against Tulsa in Friday Night college football action. Tulsa closed as a 12-point favorite at most online sportsbooks and most thought that they would dominate the Midshipmen. The moneyline on Navy to win outright closed as high as +385.

Though they weren’t a popular betting choice, one sports bettor at FanDuel put a great deal of faith in Navy. He bet $36,775 that Navy would win the game outright at the generous odds of +340. That had to have been a tough bet to make, especially since Navy had a 1-6 record coming into the game!

Dana Holgerson hasn’t quite lived up to all the hype since he arrived in Houston. However, the Cougars have surprised plenty of people this season with a sneaky good 7-1 record. SMU was flying high and ranked 19th in the nation for this game.

Houston jumped out to an early 17-0 lead in the first quarter before SMU came storming back to make it a three-point game at the half. SMU dominated the third quarter and took a four-point lead into the fourth.

Both the Cougars’ upset bid and this bettor’s $110,000 ticket on them at Pick (-110) looked to be in jeopardy. That was until veteran QB Clayton Tune then found KeSean Carter for a 4-yard touchdown that put Houston back on top.

SMU tied the game with a field goal with only 30 seconds left as both teams started thinking about overtime. However, Marcus Jones had other ideas as he took the ensuing kickoff 100 yards for a TD. This scored a huge win, both for the Cougars and for this sports bettor at Caesars Sportsbook!

This was a gutsy bet, especially since the Niners were 2-4 on the season and were coming off an awful loss to the Colts on Sunday Night Football. Things looked bleak for this bettor at the half, as San Fran trailed by four points.

However, Jimmy Garoppolo rushed for two second-half TDs to put the Niners over the hump, as they won 33-22 over Justin Fields and the Bears. Could you imagine winning $500K on a football bet? It was reality for this Niners bettor at Caesars on Sunday!