Crazy Bets that Cashed from the NFL Week 18 Slate 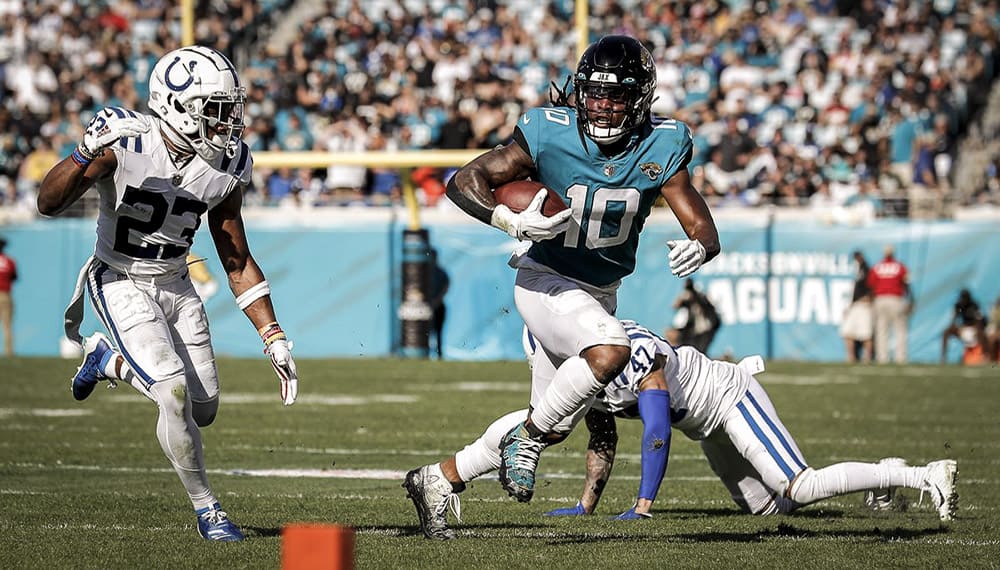 For the first time in NFL history, we had a Week 18 slate of games to navigate. It also happened to be the first NFL weekend with legal sports betting in New York. As many first-time bettors found out yesterday, while games can be meaningless as far as playoff implications, every game is meaningful if you have a bet on it.

From start (Jags over Colts) to finish (Raiders win to get in over Chargers), NFL Week 18 was filled with chaos. Let’s take a look at some of the craziest tickets that cashed on Sunday.

FanDuel Sportsbook is seeing a ton of action lately with their Same Game Parlay bets. One sports bettor decided to place one of these exciting parlays on the first game of Week 18 between the Kansas City Chiefs and the Denver Broncos.

This bettor needed both Jerick McKinnon and Drew Lock to score touchdowns. Both of these wagers were longshots, as neither Lock nor McKinnon had found the end zone the entire season.

Lock took care of his end of the bargain late in the first quarter, as he scampered for a 5-yard touchdown to tie the game at 7. Surprisingly, Lock ran for another touchdown about halfway through the second quarter.

McKinnon had gotten very little playing time this season, but he made the most of his opportunities on Saturday. The former Georgia Southern star caught a 14-yard touchdown pass from Patrick Mahomes early in the third quarter. McKinnon made a killer spin move and a heck of a juke move to find the end zone!

This crazy bettor at FanDuel was sitting pretty, but he still needed a TD from the Chiefs defense or special teams unit. Things were looking bleak until about halfway through the fourth quarter. The Chiefs sent Melvin Ingram on a run blitz and he plastered Broncos RB Melvin Gordon and jarred the ball loose.

Rookie LB Nick Bolton picked the ball up and sprinted 86-yards for a touchdown to give the Chiefs the lead for good. We would have loved to have seen this bettor’s reaction during this crazy play that cashed his ticket. It’s not every day you turn $5 into $3,538.

With both the Cowboys and the Eagles locked into playoff spots, it was difficult to figure out which team would be more motivated in this NFC East rivalry. That didn’t stop a gambler at Caesars Sportsbook from betting $247,500 on Dallas (-4).

Things got off to a rocky start for this bet, as the Eagles took a quick 7-0 lead on a Gardner Minshew TD pass to Tyree Jackson. However, Dallas came back right away with a Dak Prescott TD pass to Cedrick Wilson to tie the game at 7. The game continued to be a back and forth slugfest until shortly before halftime.

The Cowboys scored with 1:45 left before the break to take a six-point lead. Surprisingly, the Eagles were stopped quickly on their next drive and had to give the ball back to the Cowboys. Unfortunately for Philly fans, Arryn Siposs shanked a 21-yard punt that set Dallas up in prime field position.

Prescott took advantage of this gift by finding tight end Dalton Schultz for a 5-yard touchdown just before the half ended. The Cowboys never looked back after that, en route to a dominant 51-26 victory. This gave a certain sports bettor at Caesars a payday of nearly $223K!

Almost everyone assumed that the Indianapolis Colts would just show up and steamroll the Jacksonville Jaguars in Week 18. The books had Indy favored by 14 points. Most bettors were expecting a maximum effort from the Colts since they needed a win to make the playoffs.

A sports bettor at Caesars decided to go against the grain in a big way by betting $14,000 on the Jaguars moneyline at +700. The Jags made this bettor look like a genius from the get go, as Trevor Lawrence found Laquon Treadwell for a 2-yard TD pass to get the scoring party started.

To almost everyone’s surprise, the Jags never trailed in the game. Michael Badgley kicked a 41-yard field goal to get the Colts within four points early in the second quarter. However, that was Indy’s only points until garbage time.

Lawrence played one of his best games as a pro by going 23 of 32 for 223 yards and 2 touchdowns. The Jaguars defense gave Carson Wentz fits the entire game on their way to a shocking 26-11 upset win! This gave our crazy bettor at Caesars an $84,000 score!

The Jaguars, who closed as 14.5 point underdogs, lead the Colts, 23-3, after three quarters.

He put $150 on Rams tight end Tyler Higbee to score the first touchdown of the game. This bet took a lot of courage to make because Higbee hadn’t found the end zone since Week 10!

This guy was probably worried that the Rams would call a running play since they were at the 2-yard line. However, Sean McVay has made his name being an unconventional play caller. Matthew Stafford threw a dart to Higbee in the end zone to give the Rams a 10-point lead and this bettor at DraftKings a $2,700 win!

A bettor put $150 on him to be the first touchdown scorer.