Crazy Bets that Cashed from the NFL Week 16 Card 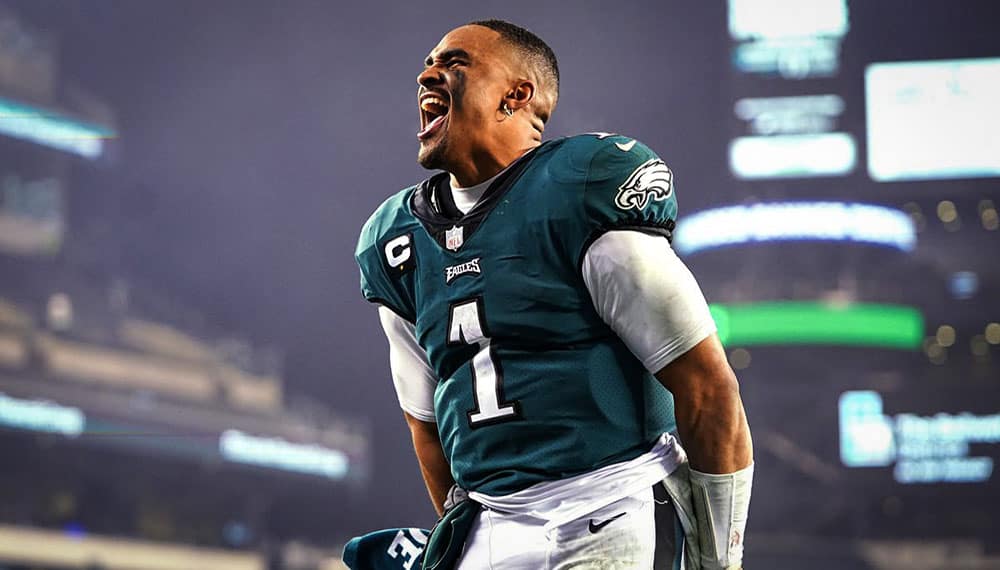 Happy Monday, fellow sports investors! We hope that you had a very Merry Christmas and were able to cash a few tickets over the weekend. Let’s take a look at some of the crazy bets that cashed from the Week 16 NFL slate.

At the start of the fourth quarter, the chances of Dayton’s parlay hitting looked slim. However, things quickly turned around when Ryan Tannehill found A.J. Brown for an 18-yard TD. The only leg left was the Aiyuk anytime TD.

Dayton’s prayers were answered when Jimmy Garoppolo tossed a 2-yard TD pass to Aiyuk with a little over two minutes left in the game. That play turned this bettor’s $10 wager into $1,300! You gotta love it when Christmas comes early! Nice job Dayton!

Week 16 is off to a 𝗚𝗥𝗘𝗔𝗧 start for this bettor 💰

A Gambler at DraftKings also Cashes in Huge on Thursday Night

DraftKings Sportsbook was also home to a big winner on Thursday Night Football. A sports bettor placed a hefty $10,000 wager on the Tennessee Titans at the nice moneyline price of +145. This bet took a great deal of courage, especially since the Titans had lost three out of their last four games.

Things did not start well for this bettor, as San Francisco got out to a quick 7-0 lead. The Niners led 10-0 at the half and the Titans’ offense showed no signs of life.

Mike Vrabel must have come up with one heck of a halftime speech though because the Titans dominated the third quarter. Randy Bullock nailed a 38-yard field goal and D’Onta Foreman scored a 3-yard TD to tie the game up at 10 apiece.

Tannehill ended up leading the Titans on a game-winning drive late in the fourth quarter. Bullock hit a 44-yard field goal as time expired. This gave the Titans their 10th win of the year and sent this sports bettor home $14,500 richer!

Colts Bettor at Caesars Was Dreamin’ of a Green Christmas

A bettor at Caesars Sportsbook looked to capitalize on the Indianapolis Colts’ winning streak. He bet a whopping $440,000 on the Colts +1 over the Arizona Cardinals on Christmas Day!

This game was a back and forth struggle, as Indy got out to a 7-0 lead but Arizona quickly answered with a TD of their own. The second quarter was all Colts, however, as their defense registered a safety and Michael Badgley hit a 41-yard field goal just before the halftime break.

The Cardinals refused to go away quietly though, as Kyler Murray hit Antoine Wesley for a 24-yard TD to give Arizona a 13-12 lead. It was the only time the Cards led the entire game. The Colts’ big offensive line proceeded to wear down a tired Cardinals defense in the fourth quarter.

Carson Wentz hit Dezmon Patmon for a 14-yard TD to put the game on ice with a little over six minutes left. Indy cruised to their third straight victory and this bettor added a nice $400K to his Christmas budget!

Trends at #CaesarsSportsbook for Colts at Cardinals 🎄

Caesars Sportsbook cashed out another crazy bet for a sports bettor on Sunday afternoon. One of Caesars’ loyal patrons placed $250K on the Philadelphia Eagles (-10) over the New York Giants.

Jalen Hurts and company were a huge favorite over their divisional rival Giants but they got off to a slow start in this game. Our crazy bettor had to have been sweating his quarter-million-dollar bet the entire first half as the Eagles’ offense failed to generate any momentum. The game was tied 3-3 at halftime.

Things turned around in the third quarter for Philly as Boston Scott scored on a 3-yard TD run. Jake Elliott then tacked on a 37-yard field goal to stretch the Eagles’ lead to 10. Last year’s Heisman winner Devonta Smith made a circus catch in the end zone late in the third to further pad the lead.

The Eagles would never look back en route to a 34-10 win and cover. This gave our crazy bettor at Caesars a nice $227K win! Nice work!

Be sure to subscribe to our newsletter to receive next week's picks for crazy bets that cashed directly to your inbox. Hopefully one of your bets makes a future article!