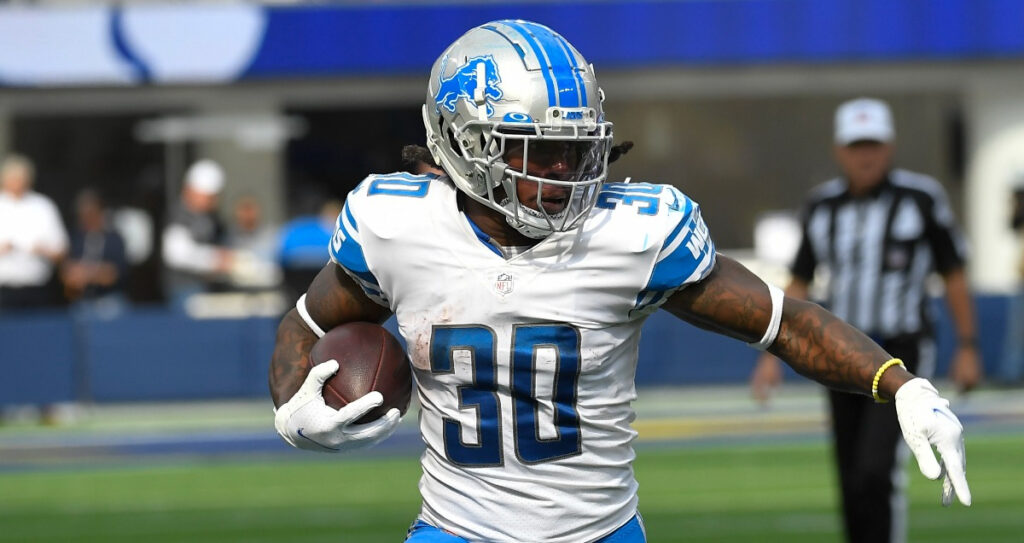 The last weekend of the NFL regular season was not without its fair share of drama. Surprisingly, even the teams with nothing to play for came out of the gate swinging with the hopes of wrapping up the season on a high note.

The only two teams that failed to show up were the Raiders and the Cowboys. That goes to show you that the final week of the season can be incredibly difficult for us to navigate as sports bettors. Oh, and Green Bay proved once again that the "Must-Win" scenario doesn't always pan out.

Let's take a look at the crazy bets and bad beats from NFL Week 18. Hopefully, you were on the right side of these instead of the unfortunate side. Let's get to it.

A Nevada bettor just dropped $220K on the Lions +6 😳 pic.twitter.com/tdxGG46hnF

Caesars Sportsbook doesn't shy away from big action. They proved that yet again on Sunday when they accepted a $220K wager on the Lions +6 over the Packers. The bet was a bit surprising since Detroit was eliminated after a questionable Seahawks win over the Rams.

Don't be fooled, though. The Lions hate the Packers. If they couldn't earn a playoff berth, the next best thing was to make sure the Cheeseheads couldn't get in either.

This crazy bet was never really a sweat for this person at Caesars. Detroit did trail by 6 in the second quarter, but Michael Badgley hit a 33-yard field goal before halftime to bring the Lions to within 3.

Jamaal Williams plunged into the end zone from 1 yard out to give Detroit their first lead of the game about midway through the third quarter. Aaron Rodgers threw a 13-yard touchdown pass to Allen Lazard to put Green Bay back on top 16-13 late in the third.

The final stanza was a bit of a defensive struggle. Neither team scored, and it looked like the Packers would punch their ticket to the postseason. The Lions had other ideas, as Jared Goff engineered a 13-play 75-yard drive that culminated in another Williams 1-yard touchdown run.

Rodgers tried to make one of his usual epic comebacks, but Kerby Joseph intercepted him to seal the victory for Detroit. That meant a winning season for Dan Campbell and the Lions and a $200,000 payday for our crazy bettor!

Destroying every Jets +3.5 bet and ruining this bettor's $2.3K payout... Worst beat of the NFL season.

This one has to be on Scott Van Pelt's all-time bad beats! The old "pitchy pitchy Woo-Woo" dealt another cruel fate on Sunday afternoon in Miami. Jets bettors who took the +4 had to be cussing like a sailor during the entire final play!

The point spread on this game bounced around all week. The game opened at pick'em before a ton of early Jets money pushed the line to New York -1.5. It was hard to disagree with the move, especially since Miami would be without starting QB Tua Tagovailoa.

All of that being said, a wave of Dolphins' money pushed the line all the way back to Miami -4 before kickoff. Jets bettors were sitting pretty in the first quarter since there was no scoring.

Miami got on the board first with a 38-yard field goal from Jason Sanders. New York answered right back just before halftime to tie the game at 3 apiece. Again, Jets bettors were covering.

Jason Sanders connected again from 37 yards out to put the Dolphins back on top by 3 in the third quarter. Right on cue, Greg Zuerlein answered right back with a field goal of his own to tie it at 6. Then things started getting whacky!

When Miami kicked a field goal with 18 seconds left to go up by 3, those who took the Jets +3.5 and +4 thought they were home free with the cover. However, as seasoned sports bettors know, it's never over until the final gun sounds.

With 5 seconds to go in the game, Joe Flacco tossed the ball to Garrett Wilson. After a couple of backward passes, Flacco then got the ball to Elijah Moore. The former Ole Miss Rebel tried a lateral of his own that ended up bouncing off a Miami defender and out of bounds in the end zone.

The play was rightfully ruled a safety, which broke the hearts (and the wallets) of all New York Jets bettors. Sports betting sure is a hard way to make an easy living. Thoughts and prayers to all those who lost on this crazy "meaningless" play, especially the poor fellow with the ticket at FanDuel Sportsbook above.