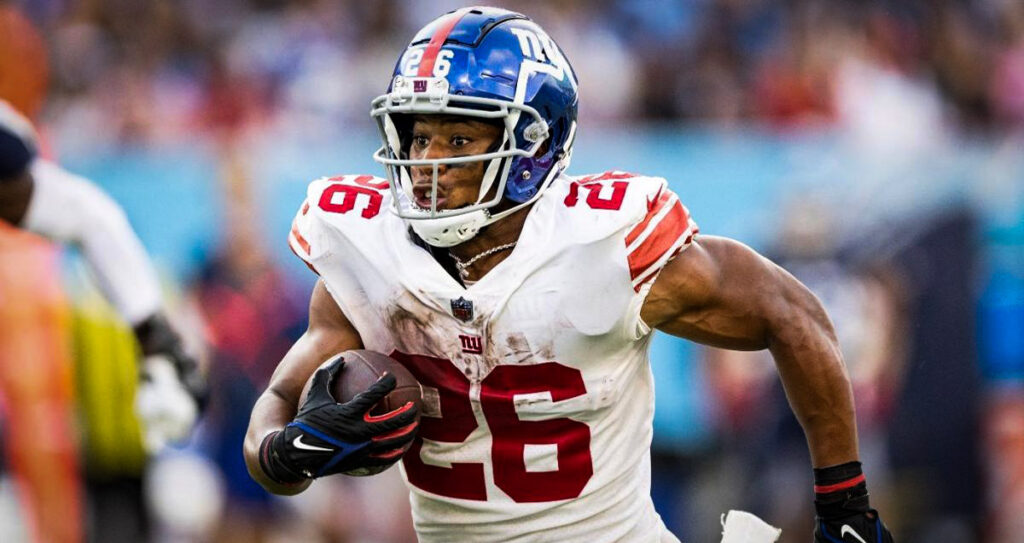 We are backing Saquon Barkley and the Giants as our best bet for Monday Night Football.

Dallas looked like a shell of themselves in Week 1 against Tampa Bay. They were held to 3 points total, just 3 of 15 on 3rd downs, and 173 total yards. Last week, they bounced back against Cincinnati at home where they put up 20 points in their win. They ran for over 100 yards and 230 passing yards. Cooper Rush did a good job in replacement of Dak Prescott who is out for a while due to injury. Defensively, they got to Joe Burrow 6 times for sacks in the win.

The Giants are one of the surprise 2-0 teams on the season. Neither of their wins was pretty but, in the end, the only thing that matters is the number in the win column. It has been the ground game that has been the strength of this Giants offense. They are averaging 170 yards per game which is 5th in the league and have only been throwing for 182 yards per game. Saquon Barkley looks healthy, and they will continue to work him as much as they can to keep their offense rolling.

Current Odds for Cowboys at Giants

The Giants opened as 4-point favorites for this game, but Cowboys money has poured in and moved this line 3 points over the course of the past week. The total has also seen a major shift, dropping to 39 points after having opened at 40.5. Here are the best odds available for both sides and the total:

The Giants seem to have that special ability this season to win the close games. Granted, it’s only been 2 games but in both, they stole the win late. They beat Tennessee by coming back and winning the 4th quarter 8-0. Then they beat Carolina on a game-winning field goal. This one is set up to be the same type of close game and we will hitch our ticket to the Giants wagon again.

Think what you will of Daniel Jones, but it's hard to argue the fact that the Giants will not only have the home field advantage on Monday night but will also have a coaching advantage and QB advantage. That combination makes it hard for us to back Dallas in primetime, especially if you are able to find even money odds.

Given the state of the Giants over recent years, it should come as no surprise that Dallas has dominated this series. However, we were able to dig up a handful of trends that indicate the Giants could win it's second game in the last 10 meetings between these teams. Here are our key betting trends for the Monday Night Football showdown between Dallas and New York: