Cowboys at Eagles: Our Best Bet for Sunday Night Football 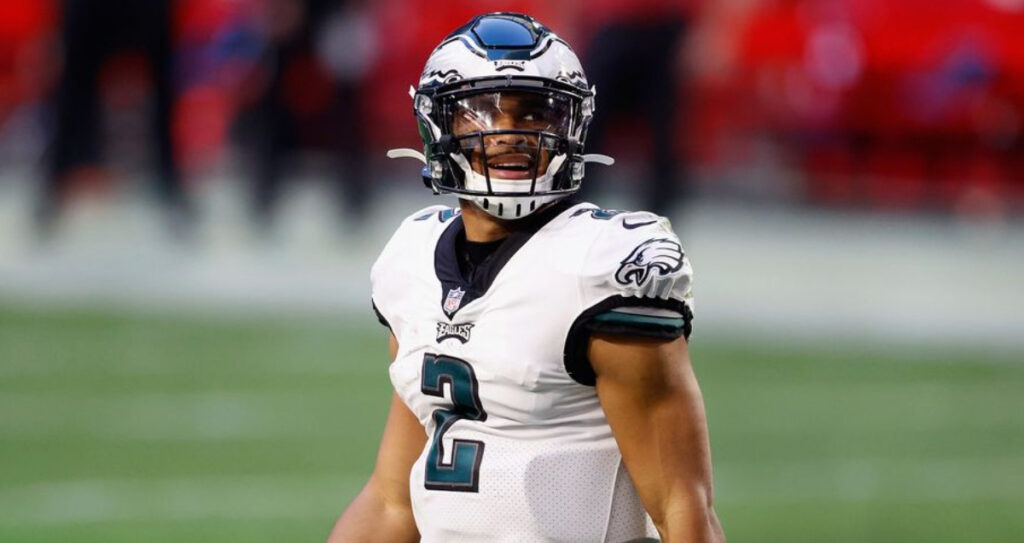 Even against a tough Cowboys defense, we look for Jalen Hurts to lead the Eagles to victory on Sunday Night Football.

An NFC East rivalry takes center stage on Sunday Night Football as the Dallas Cowboys visit the Philadelphia Eagles. After dropping their season opener to Tampa Bay, Dallas has won four straight games. The 'Boys have covered the spread by an average of nine points during that four-game winning streak.

The Eagles have been rocking and rolling all season long and are the only undefeated team left in the NFL. Despite being 5-0, Philly is only 3-2 against the spread. Can the Eagles not only win the game but cover this fairly high spread?

Despite losing Dak Prescott in Week 1, the Cowboys have been able to ride Cooper Rush to a 4-1 overall record. Their last win came on the road against the Rams. The Cowboys led 16-10 at the half and then the defense stepped up their game to shut out the Rams in the 2nd half en route to a 22-10 win.

Dallas is allowing just 14.4 points per game which is 3rd in the league. The only loss they have came in Week 1 to the Bucs, where the offense was in flux with Dak going down. Can this defense rise to the occasion and slow down the Eagles' efficient offense?

The Eagles are the only remaining undefeated team in the NFL. Jalen Hurts continues to play tremendous football even when the passing game is shut down a bit. In their latest win, 20-17 in Arizona, Hurts was unable to get the passing game flowing and instead used his legs to get the offense clicking.

Philly is 2nd in overall yardage on offense and 5th in scoring while still holding opponents to just 17.6 points per game which ranks them 7th in the league. The Eagles are also averaging 5.9 yards per play, which also ranks 7th in the NFL.

We believe the Eagles will get the job done here at home. The Linc will be absolutely rocking as the majority of the fans will be tailgating all day long. Home field advantage doesn't mean as much as it used to but it's still fairly significant in rivalry games.

Dallas does have a defense that will give Hurts and the offense some issues but the bigger story will be the way that Philly’s defense will show that Cooper Rush and the Cowboys' offense is extremely inferior. The Eagles' defense leads the league in yards per pass allowed and ranks a respectable fifth in passing yards allowed per game. Dallas will have a hard time generating any type of consistency in the passing game, especially with Darius Slay holding down CeeDee Lamb on the outside.

We also think Philly should be able to get their ground game going in this one. Dallas has been stout against the pass all year but they've looked suspect against the run at times. Look for Miles Sanders to find a few holes and for Hurts to gash the Cowboys with his legs on several occasions.

This should be a fun game to watch and we're siding with the better overall team. Lay the points!