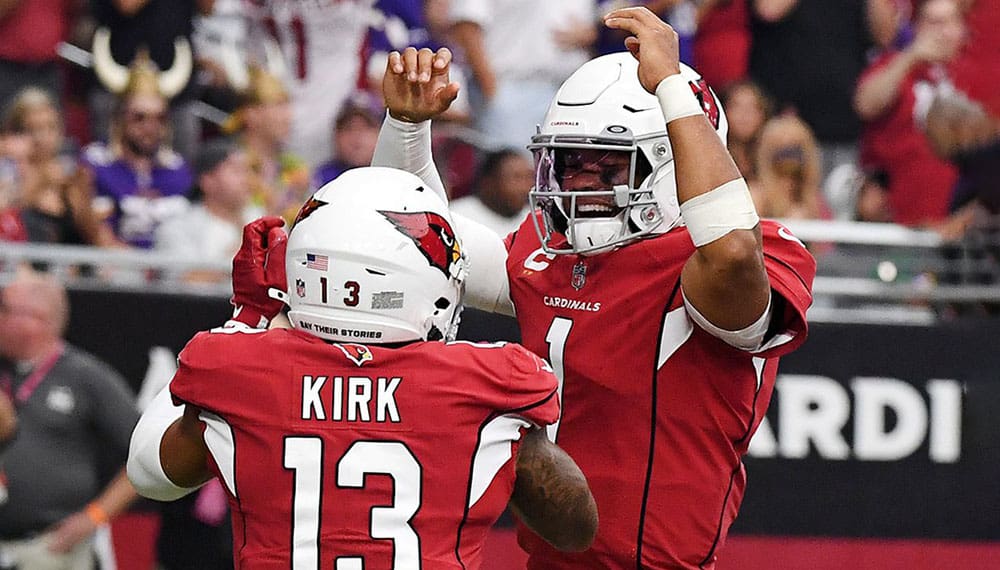 As COVID-19 continues to wreak havoc on the NFL, the Colts and Cardinals appear to be relatively healthy ahead of their Christmas night showdown. The biggest names for each team that are currently on the COVID reserve list are on the Colts side with starting corner Rock Ya-Sin and defensive end Kemoko Turay. Turay has been a difference-maker on the Colts defensive line with 5 sacks in 11 games.

Our Picks for Best Player Prop Bets for Colts at Cardinals

These teams are relatively evenly matched with the Colts at 8th in the NFL in total DVOA and the Cardinals at 9th. That being said, these two defenses have moved in opposite directions over the past month. After a slow start, the Colts have allowed just over 18 PPG over the past month, while the Cardinals came out hot but have allowed over 27 PPG over their last three.

With two teams currently sitting at the top of their divisions, there should be plenty of fireworks in this one. Here are our favorite player props for this Christmas night matchup:

While Murray has not looked sharp over the second half of the NFL season, this number is far too low. The Colts' secondary is the weakest part of this roster and with both Rok Ya-Sin and Kemoko Turay out for Saturday's game the pass rush and secondary are both thin. Despite his play being down over the past few weeks, Murray has still managed to surpass this number in four of his last five games.

The biggest threat to any Cardinals player prop is going to be time of possession, as the Colts have the league's fourth-highest average TOP on the season. We think Vance Joseph finds a way to get his defense off the field on third down and gives Kyler plenty of chances to top this number. 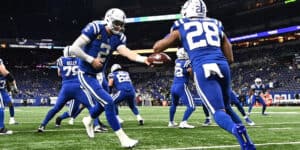 Couple that with the Cardinals pass defense, which is sixth in the NFL in sacks and has already forced 12 interceptions, and we think Wentz doesn't get enough attempts to get to 200 yards on Saturday.

Kirk has been the biggest beneficiary when Hopkins has been out this season, averaging 7 targets per game and topping 90 yards twice. He saw 12 targets last week, catching 9 for 94 yards and a touchdown.

Kirk has also has a track record of showing up in inter-conference games. In his last four games against AFC opponents, Kirk is averaging 75 yards per game with four touchdowns. Given the volume he sees with Hopkins out and the fact that the Colts will be down a starting outside corner, we think he sails past his receiving yards prop in this one.

We have been betting Taylor's rushing prop weekly and this is the first time the number has topped the century mark. Even at 102.5, Taylor has topped this prop in 5 of his last 6 (averaging 157 rushing YPG over that stretch) and 8 of his last 10 overall.

While this may not look like a smash matchup for Taylor on paper, the Cardinals' run defense is softer than their 112 YPG allowed would indicate. On the season, the Cardinals are giving up 4.6 YPC which puts them 28th in the NFL.

They also gave up 112 rushing yards to the Lions' Craig Reynolds last week. If a practice squad player from Kutztown University can top this rushing prop total, Taylor has to be a lock to do so here in week 16.

Track all of our week 16 best bets and subscribe to our newsletter to receive weekly emails with our breakdowns for every slate!