Colts at Broncos - Our Best Bets for Thursday Night 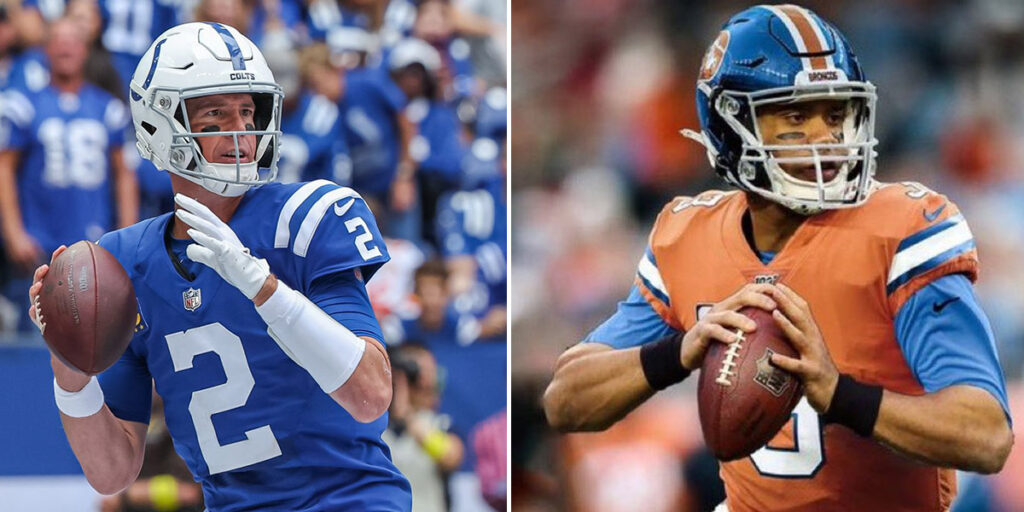 Matt Ryan, Russell Wilson, and two of the NFL's worst offenses square off on TNF.

We went 1-1 last Thursday in a game that was consumed by the injury of Tua Tagovailoa. Our Miami play looked dead after he was taken off on a stretcher, but veteran backup Teddy Bridgewater began to put some drives together and had us in a spot to steal one before throwing a late interception that sealed the game. However, our read on the under was spot on. Tua’s injury, in all likelihood, helped with this play in the game as the Fins were only able to put up 15 total points.

This Thursday, we have The Indianapolis Colts visiting Mile High to take on the Denver Broncos. We look to go 2-0 here and get off the .500 train from the last couple of weeks. Here is a live look at the best odds available for Thursday night's matchup:

The Colts are fresh off a 24-17 home loss to the Titans last Sunday. After allowing 24 points in the 1st half and falling behind by 14, the Colts shut out the Titans in the 2nd half. However, they were only able to put up 7 points of their own. Derrick Henry ran all over them in the 1st half but Matt Ryan was able to counter that a bit with his best game as a Colt to date. He went for 356 yards and 2 touchdowns with 1 interception. Ironically, Jonathan Taylor, who was last season's leading rusher, was held to just 42 yards on 20 carries.

The Broncos are 2-2 now after losing to the Raiders on Sunday. We played the Raiders and were happy to see the game turn out the way we expected. Russell Wilson actually looked a bit more comfortable in the offense and made some typical Russ plays. However, they were right on average for what Raider opponents have been scoring against them. They also lost Javonte Williams for the season with a torn ACL and Mike Boone looks to be the back that will take over. Melvin Gordon has continued to struggle with fumbles that will keep his snap count limited.

This Colts defense is a big step up for the Broncos offense that played to average last week against Vegas. This is the same defense that held the Chiefs offense to just 17 points in their big upset win. Josh Jacobs ran all over the Broncos' defense on Sunday and we expect more of the same by JT. There is no way he is putting together back-to-back weak games. The Colts cover here and may take the win outright on the road.

The public is all over the under in this game and for good reason. These offenses are last and 3rd to last in the league in scoring. The combined average of both is just 30.8 points per game. So, it is logical that people are on the under. However, we believe that the strength of both teams, their defenses, will be weakened by the short week. As we mentioned, Russ looked more comfortable and JT is due for a monster game. Those 2 factors should lead us to an over here on Thursday Night Football.