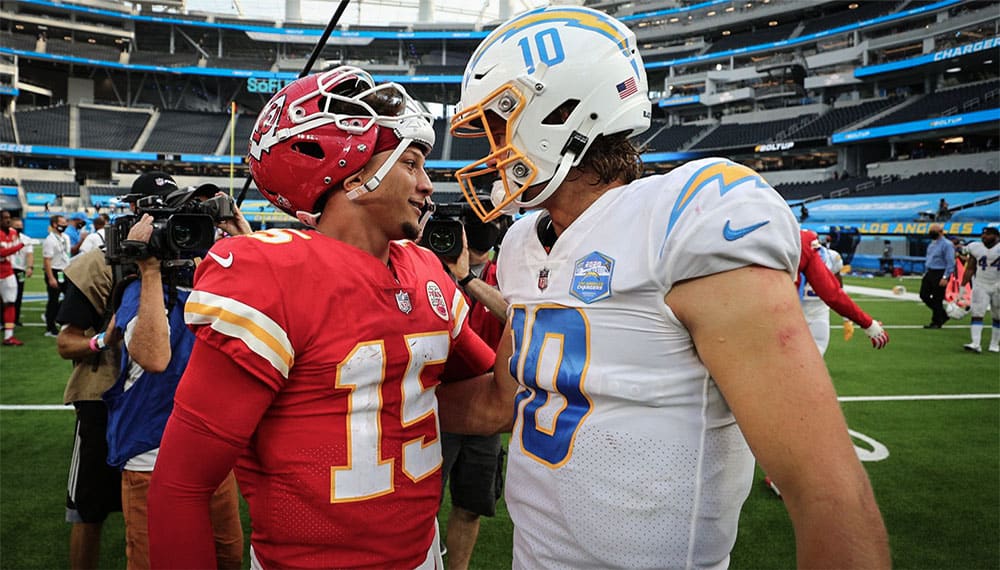 Thursday Night Football has been notoriously bad over the past few seasons, but every once in a while we get a banger of a game like this NFL Week 15 AFC West showdown. The division-leading Kansas City Chiefs travel to Los Angeles to take on the Chargers, who sit just one game back.

Kansas City enters winners of six straight, holding opponents to under 11 PPG over that stretch. It is worth noting they played only two teams with winning records over that stretch and one of those games came against the Jordan Love-led Packers.

The Chiefs' defense will certainly be tested on Thursday night. Justin Herbert is ridiculously hot and LA has scored 37+ points in 3 of their last 4 games. The problems for the Chargers are on the other side of the ball, where they are 26th in the league in scoring defense.

Kansas City opened as 4-point road favorites at most sportsbooks but Chiefs bettors can currently find -3.5 at PointsBet. The total is currently sitting at 51 points across the board. Here is a look at the live odds and best available number for both teams and the total:

We came into this week expecting to bet the over in this matchup but the total opened more than a field goal higher than the next highest in the slate. Apparently, Vegas is not ready to trust this Chiefs defense.

We think Kansas City will put up points in this one, but can we actually trust Patrick Mahomes to go into LA and win a shootout at this point? He has 9 touchdowns in his last 7 starts and 5 of them came against their Chiefs in week 10. The Chargers' defensive woes have come up front against the run, not against the pass. In fact, they are 5th in the NFL against the pass giving up just 207 yards per game.

We know we can trust Herbert here. He has just under 800 total yards, 6 touchdowns, and just one interception in his last two home games and faces a KC defense that is 26th in the NFL against the pass.

On the injury front, the Chargers should get Keenan Allen and Derwin James back for Thursday but will likely be without Rashawn Slater who was added to the Covid-19 list on Monday. Austin Ekeler, who left the Chargers' week 14 game against the Giants is fine and will be active.

We think this game remains close and will happily take the points with the Chargers at home. While the over didn't end up being our best bet, don't expect to get a number better than 50, it's hard to make the case for betting the under with these two offenses.

Player props are always tough to find/call this early in the week but we were able to track down two numbers worth betting early. Expect an update to these picks prior to kickoff as more numbers come available. We are Chargers-heavy in this one with two LA over props that we love:

This is a case where it pays to jump on these numbers early. There is no way Herbert's passing yards prop is available at 285.5 on Thursday. He averages over 294 YPG on the season, 319 YPG over his past four, and this is arguably the best matchup he's had all season.

We typically avoid props with odds of -140 but this bet is an absolute lock at this point. Ekeler has 16 touchdowns in 13 games this season and has scored in 5 straight games. He has 8 total touchdowns over that stretch. Not only does he get red zone carries, but he is 19th in the NFL with 15 red zone targets (13 receptions for 7 touchdowns).