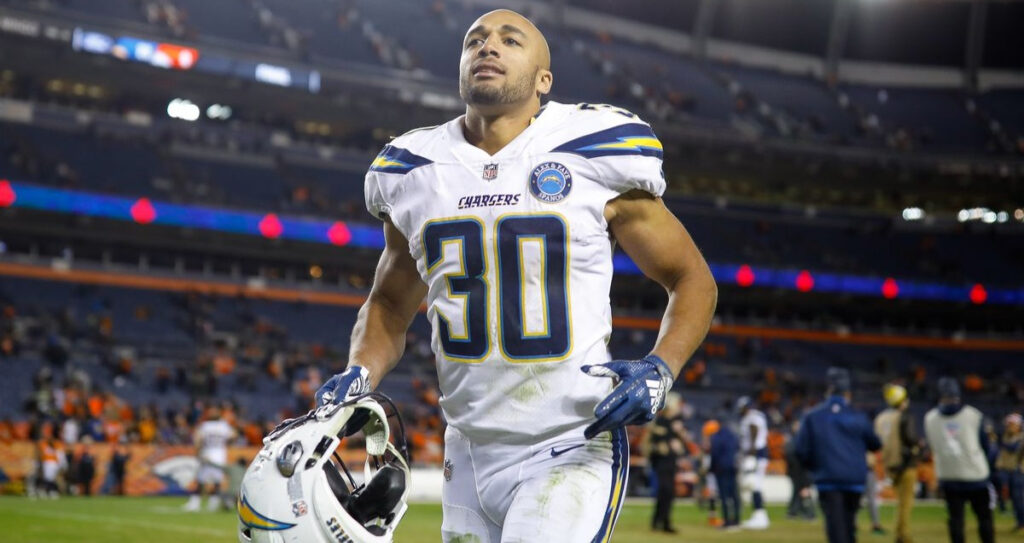 We like Austin Ekeler Over 4.5 Receptions as one of our 3 player prop bets for Thursday Night Football.

While we went 2-0 on our Best Bets plays from last Thursday, our props fell a bit short going just 1-2. Due to the Rams falling behind by so much, Stafford was forced to throw more than we expected.

In hindsight, we should have probably played the under on Stafford's completions instead. We also underestimated the brilliance of Cooper Kupp again as we lost his under on receptions. We did hit our Josh Allen over in rushing yards by a decent number.

This week, we have some of the most talented arms in the league running two of the best offenses in the league. We see some value on a couple of props here for the Chargers at Chiefs Thursday night matchup. Without further ado, let’s take a dive into the props here.

Herbert was super solid last week against the Raiders. He did throw 15 interceptions last season and is susceptible to tossing one due to his pension for forcing throws into tight windows at times.

This week, he will be without his most reliable receiver in Keenan Allen, and that bodes well for us on this play. The fact that we believe the Chiefs will be leading the majority of this game, will force Herbert to throw a bit more than he typically does.

Mike Williams to Score a Touchdown

Mike Williams was nearly irrelevant last game. He had just 2 receptions on 4 passes for a weak 10 yards. This is a guy that had 76 receptions, 1146 yards, and 9 touchdowns last season.

He certainly will produce as the season goes on. In this game, we like the value we are getting on Williams to score a touchdown.

With the total being so high, the opportunities should be plenty for him to score. Add in the factor of potential garbage time scoring, we can not pass up this plus money.

Ekeler caught 4 passes on the 4 passes he was targeted on last week. That was in a game where the Chargers were leading most of the way and had the services of Keenan Allen.

This week, in a game without Allen and against another high-powered offense, we expect Herbert to check down to Ekeler a bit more in this game and bring his targets up to 6-7 in this meeting. Ekeler grabbing five of those shouldn't be a problem.

This is kind of a scary one but, according to our numbers, there is simply too much value not to play it. Edwards-Helaire has played against the Chargers three times in his NFL career. He's gone under this total in two of those games.

Our numbers say that there is a 61% chance that Edwards-Helaire finishes with two receptions or less. With the -130 odds at BetMGM, we only have to win this wager 56.5% of the time to break even. So, as you can see, the value is clearly with the under.

Lastly, Edwards-Helaire had to share snaps with Isiah Pachecho and Jerick McKinnon last week against Arizona. If Andy Reid's game plan for tonight's game is similar, the former LSU star may not be on the field as much as some might think. Hold your breath and take the Under!