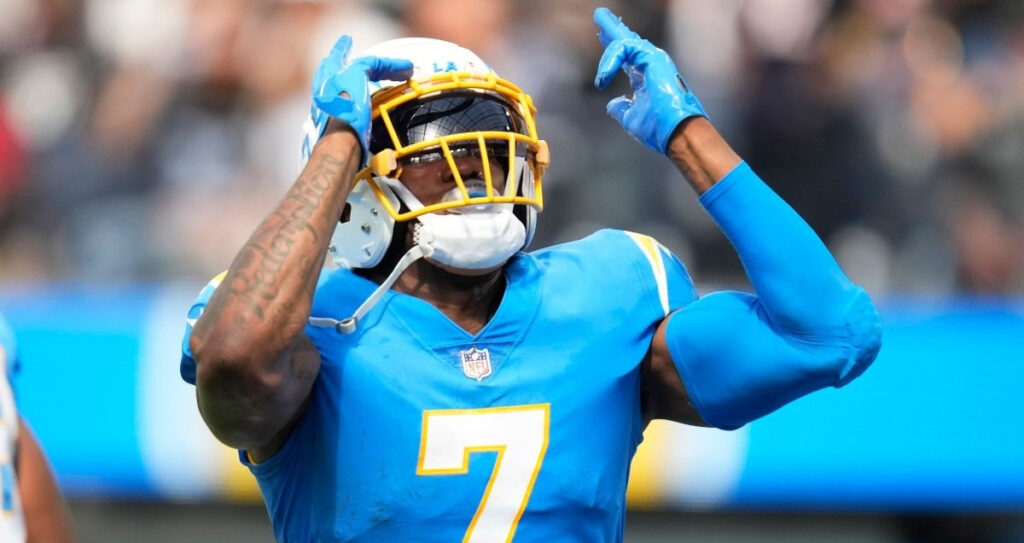 One of our 3 player props for Sunday Night Football is on Gerald Everett Over 4.5 receptions.

Sunday Night Football heads west this week for a matchup between the San Francisco 49ers and LA Chargers. The 49ers are 7-point home favorites with the game total posted at 45.5.

San Francisco has one of the more talented rosters in the league, but finds themselves just 4-4 and 1.5 games behind Seattle in the NFC West. The Chargers themselves are a game behind the Chiefs for first place in the AFC West and have won three of four games on the road in 2022.

For the second straight week, our SNF player prop bets ended up 1-2 after another big game from Derrick Henry and just one passing touchdown from Pat Mahomes despite 68 attempts. We’re grateful to Randy Bullock for making just his one field goal attempt to go under the total of 1.5 field goals made and avoid our reverse sweep.

This brings our record to 13-10 since the end of September on SNF player props, and we’re back for another round of picks ahead of Week 10’s battle in the Bay Area.

Ekeler’s rushing performance has held steady at around 4.5 yards per carry for three seasons in a row, but his receiving numbers are on pace to set career highs in almost every category in 2022. San Francisco is the toughest team to gain rushing yards against this season, allowing just 3.4 yards per carry to opponents.

In a season where rushing totals are up across the league, teams that play the 49ers do not experience that same success. We expect Nick Bosa and company to keep Ekeler under wraps in this one.

On the Chargers’ side, they allow the most yards per carry to opposing ballcarriers among all NFL teams (5.7 ypc). We project that San Francisco jumps out to an early lead against a porous defense and forces the Chargers to lean on Justin Herbert’s arm.

The absence of Keenan Allen, who missed practice again Wednesday, has freed up Herbert to distribute targets across the roster. Everett has been one of the main beneficiaries and is third on the team with 53 targets through eight games.

Over his last three, Everett has logged eight targets and five catches per game as Herbert continues to rely on the talented tight end.

Based on our expectations for the game script that LA will be reduced to on Sunday night, we expect another 7-10 targets for Everett and trust his ability to haul in enough of those.

Robbie Gould UNDER 1.5 Field Goals Made

San Francisco is among the teams that attempt the lowest number of field goals per game, and Gould has been slightly less consistent in 2022 than in previous years. He’s missed two kicks from 40-49 yards and had a 20-yarder blocked by the Seahawks in Week 2.

Gould has made one or fewer field goals in six of San Francisco’s eight games this season. The recent acquisition of Christian McCaffrey has spurred the team’s offense of late, leading to four extra points in Week 8, Gould’s most attempts and makes all season.

We expect more touchdowns from this offense in Week 10 to the detriment of Gould’s field goal attempts. This is a great spot to play the Under.