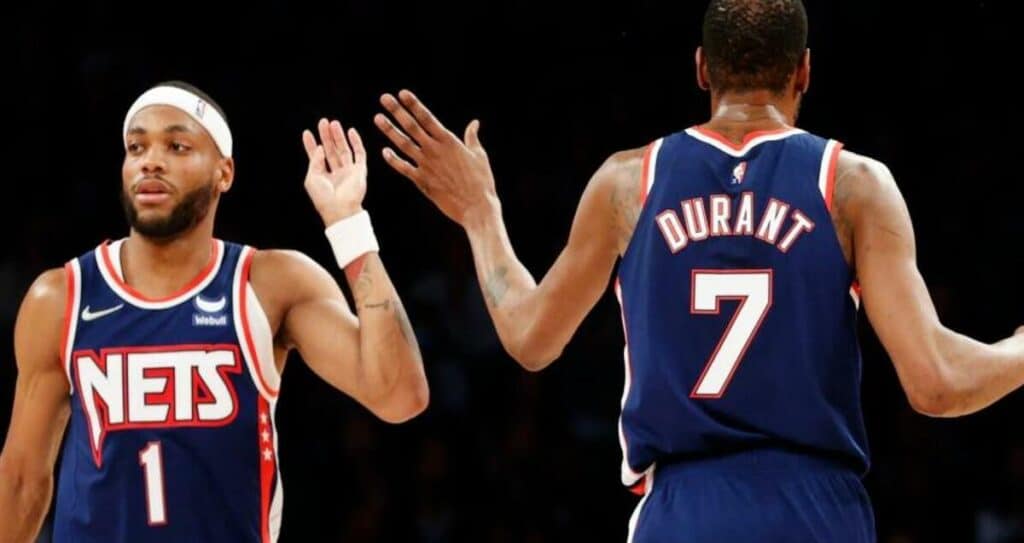 We think the Celtics defense makes Bruce Brown stay under his point total prop for Game 4.
By Mike Noblin on April 25, 2022

The NBA Playoffs keep chugging along on Monday, as fans are treated to a Game 4 and two Game 5s this evening. Both the Celtics and the 76ers will try to close out their respective opponents on the Eastern side of the bracket. The Jazz and Mavericks are knotted up at 2-2, so tonight is a pivotal game for both of those squads.

For this article, we'll be focusing on the Celtics at Nets matchup, which tips off at 7 PM Eastern on TNT. Brooklyn is currently a 1-point favorite and the total is sitting at 220. Here are our best bets and prop bet picks for this Game 4 matchup on Monday, April 25.

Why the heck is Brooklyn favored in this game? The only reason we can think of is that it's an elimination game. Our power ratings make the Celtics a five-point favorite in this game, even on the road.

The Nets are proving once again that a team needs more than just a couple of superstars to make a deep playoff run. Kyrie Irving even admitted that his team is still learning to gel. That's not a good place to be against a savvy team like Boston.

Brooklyn has had no answer for Jayson Tatum in this series. The former Duke Blue Devil is averaging almost 30 points per contest against the Nets in this series. He's also dishing out an average of 8 assists per game.

Tatum is a stud, but the main reason we like Boston as our best bet for Monday is their defense. The Celtics don't give up many uncontested shots. They rank 1st in defensive efficiency and points per game allowed while the Nets rank 17th and 19th in those critical categories.

Could Irving and Durant both go off for 30 points and lead the Nets to a win? It's possible, but we think there's a greater chance that Boston closes out the series tonight!

The Celtics are by far our favorite play on the board for tonight. However, we did find a couple of prop bets that we think have some value for Game 4.

As we touched on earlier, Tatum has been a scoring machine for the Celtics in this series. Surprisingly, he hasn't fared as well on the glass. However, we expect a better rebounding effort from the 6'8" 210 pounder tonight.

With Boston's stifling defense, we think Bruce Brown may have a hard time reaching double figures, much less 15 points. Brown has done well so far in this series by averaging 18 points per game, but we see him coming back down to earth a bit in this one. Throughout the regular season, Brown only averaged 9 points per game.

Through 72 regular-season contests, Brown scored 15 or more points in only 16 of them. Sure, Brown is getting more playing time, but in an elimination game, we expect Irving and Durant to be taking the majority of the shots tonight.

As for the total, if you like the Over, go with BetMGM. Conversely, if you lean toward the Under, head over to DraftKings. Best of luck with all your Monday action!