Celtics at Heat: Best Bets and Player Props for Thursday, May 19 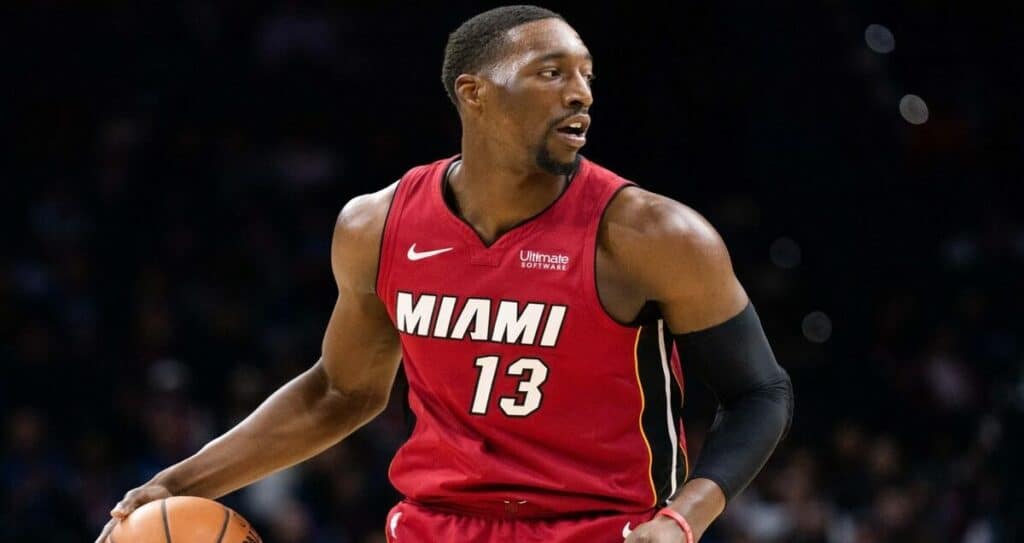 We think Bam Adebayo stays Under his rebounds prop in Game 2 against the Celtics.
By Kyle Guenthner on May 19, 2022

Game 2 of the Eastern Conference Finals tips off at 8:30 PM ET on ESPN Thursday night. After a slow start to game 1, the Heat blitzed the Celtics on both ends of the floor in the second half to take a 118-107 victory.

The Celtics were without two starters as Marcus Smart is dealing with a foot sprain and Al Horford is in health and safety protocols. The Heat were also missing a key piece as point guard Kyle Lowry is dealing with a lingering hamstring injury.

The Heat are 3.5-point favorites at home against the Celtics and the over/under is set at 207.5 points. Will the Celtics bounce back in game 2 or will the Heat take a 2-0 lead into Boston? Here are our best bets and prop bet picks for Game 2 of the Eastern Conference Finals between the Heat and the Celtics.

The Heat looked dominant in the second half of Game 1, led by Jimmy Butler with 41 points. The impact of Marcus Smart’s absence was abundantly clear on both ends of the ball as the Celtics struggled to hold onto the ball on offense and Butler was able to score at will. Fortunately for Boston fans, Smart will be back on the floor tonight, and Lowry will not return for game 2 for the Heat.

The Boston Celtics have suffered 3 postseason losses prior to this series. They have followed every loss with big performances and have yet to lose 2 in a row. Also, the Celtics have an outstanding road record of 4-1 this postseason.

With Smart controlling the point, the Celtics' offense should flow a lot better in game 2. We believe the Celtics will win game 2 outright as underdogs in Miami, so we will take the plus money (+140) as there is more value in the Money Line tonight than the spread (+3.5).

Both teams will need heavy contributions from the bench with each team still missing 1 starter for game 2. Tonight’s game should be very entertaining, and there is value all over the board for player props. Here are our two favorite props for tonight’s matchup.

We have been on Bam Adebayo’s under for rebounds all postseason and it has been very profitable. In 12 playoff games this season, Bam has gone under 8.5 rebounds in 8 of those games. Jimmy Butler, PJ Tucker, and Max Strus have all been aggressive on the boards this postseason leading to lower rebound numbers for their Center.

Bam Adebayo has averaged nearly 3 fewer rebounds a game since the regular season. Bam has gone under 8.5 rebounds in 5 straight games, averaging 5.6 over that span. We believe he will make it 6 straight unders in game 2 Thursday night.

Brown has played well against the Heat this season averaging 34 Points + Rebounds + Assists per game against Miami. We expect Brown to be aggressive early in this one and have a chance to tally his second straight double-double. Look for Jaylen Brown to have over 33.5 PRA’s in game 2 of the Eastern Conference Finals.

Live Odds for Celtics at Heat

Looking for the best place to bet on Game 2 of the Eastern Conference Finals? Our odds tool can help with that. It's updated in real-time to show you which sportsbooks are offering the best odds.

Live Odds for Celtics at Heat: Thursday, May 19