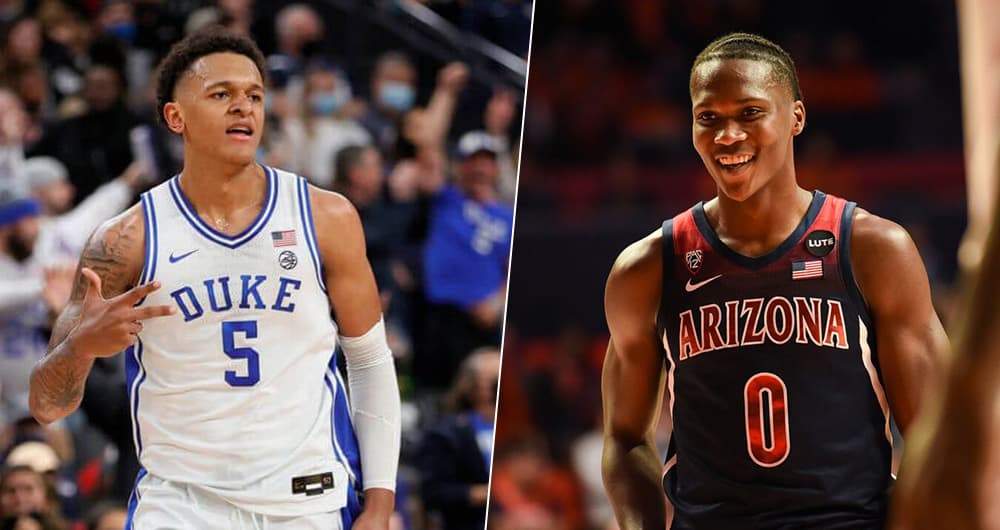 What an incredible weekend of March Madness action we were all treated to over the 4-day binge that is the opening weekend. We had a 2-1 record with San Diego State spoiling our sweep opportunity. Vermont and Colgate both picked us up a win by half a point.

St. Peter’s became the Cinderella we all were desperately seeking and Kentucky became the overrated 2 seed that busted brackets with their 1st round exit. Michigan looked like the team most expected at the start of the season and not the one that pundits were arguing did not deserve an at-large bid. North Carolina and Baylor gave everyone the game of the tournament to this point and ended with the first 1 seed to be eliminated as the Tarheels dispatched the Bears in overtime.

All-in-all, this tournament has lived up to everyone’s expectations if not exceeded them, and we still have a ton of games to be played. That said, let’s take a look at our best bets for Thursday’s slate of Sweet 16 games.

Texas Tech ran through the Bobcats of Montana State in their opening game 97-62 but ran into a pesky Notre Dame team that had dreams of repeating UCLA’s run from last season. The Irish had a 3 point lead with 2 minutes remaining but were unable to score again and succumbed to the Red Raiders 59-53. Bryson Williams has led Texas Tech through their 1st two games, averaging 17 ppg.

Duke handled Cal State Fullerton but had everything they could handle against Michigan State in a battle of 2 of the top coaches in the history of this great game. Paolo Banchero scored 17 and 19 in the games while also grabbing 10 and 7 boards. He has been the backbone of this Blue Devils team and will be leaned on against Texas Tech who can defend as well as any team in the country.

Here is a look at some of the key betting trends for this Sweet 16 matchup:

The Red Raiders are the #1 defensive team in terms of adjusted defensive efficiency in the country. They are going to put the high-powered offense of Duke into a position they have not been in all season. Virginia and Virginia Tech would be the only semi-comparable opponents, and truthfully, they don’t compare. Texas Tech is favored as the lower seed and will prove why on Thursday night.

The Wildcats had an extremely tough time against TCU in the last game. They struggled against the #1 offensive rebounding team and #15 defensive efficient team in TCU. Outside of Bennedict Mathurin, the rest of the team did not do much in terms of effectiveness.

Houston touts one of the most balanced teams in the country. While many laud over their tremendous defensive prowess, their offense is just as effective. They rank 10th in the country on both ends of the court and can adjust to any teams’ weaknesses. That is exactly what they will look to do Thursday in hopes of making Arizona the 2nd 1 seed to be eliminated this year.

Here are some of the key betting trends for Houston vs Arizona:

This is the end of the line for a very talented but overachieving Arizona team. The Cougars are 10th in defensive efficiency compared to TCU who was 15th and while it is not possible to hit the offensive glass as well as TCU, they are near equivalent. They rank 3rd to TCU’s 1st ranking on offensive rebounding percentage.

Gonzaga has had trouble covering the spread lately, but they are still the #9 defense in the country and this is going to cause issues for the Arkansas offense that relies heavily on getting to the foul line and scoring in transition.

All of this spells disaster for the Arkansas offense. They may sneak out a cover, but I don’t believe they will go over their team total.