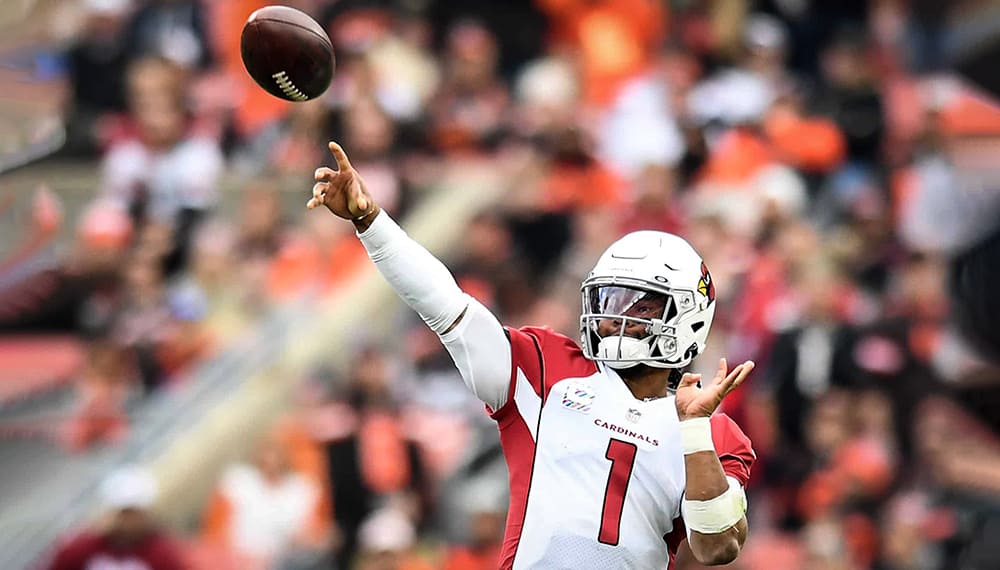 The Wildcard Round of the NFL Playoffs concludes with a fantastic Monday Night Football matchup between the Arizona Cardinals and the Los Angeles Rams. This will mark the first time in NFL history that a playoff game has been played on a Monday.

These two teams split a pair of regular-season games against each other. The Rams came out on top 30-23 in December while the Cards were victorious 37-20 back in early October.

Oddsmakers currently have the Rams as a four-point favorite in this matchup and the point total is sitting at 49.5. If you don’t want to get involved with the side or the total, props are a great way to make the game more fun to watch. Here are our picks for the 5 best player prop bets for this NFC Wildcard matchup.

Why in the world is this number so low? Kyler Murray has torn up this Rams defense on two separate occasions this season. The former Heisman Trophy winner threw for 383 yards against the Rams in Week 14 and 268 yards in Week 4.

Murray has really come into his own as an NFL quarterback this season. The former Oklahoma standout is averaging 270.5 passing yards per game and is completing 69.2% of his passes this season.

Why else do we love Murray to go over this number of passing yards? The Rams defense is elite at stopping the run but they’ve struggled at times this season against the pass. The Los Angeles secondary is giving up 6.6 yards per pass (16th) and 241.7 passing yards per game (22nd).

We think there’s a ton of value in this prop because we expect Murray to throw for at least 280 yards in this game. Take the Over with confidence!

Here’s another line that doesn’t make much sense. Matthew Stafford threw for 287 yards against Arizona in Week 14 and 280 yards in Week 4. If we strictly go by those calculations, this current number of 273.5 is about 10 yards too short.

Stafford is an old-school gunslinger that still gets himself into trouble by trying to make too many tight-window throws. However, the former Georgia Bulldog still has a big-time arm and he’s averaging 287.4 passing yards per game this season. For his career, Stafford has averaged 274.7 passing yards per game.

We expect Stafford to be pumped up and focused for this one because he’s never won a playoff game. The Cardinals secondary has some good cover guys but we think they’ll have trouble defending all of the Rams’ speedy wide receivers.

Rams head coach Sean McVay loves to throw the ball around the yard. The Rams throw the ball 60.30% of the time, which ranks 9th in the league. This tells us Stafford should have enough passing attempts to go over this total passing yardage of 273.5.

We see this game as a high-scoring shootout with both quarterbacks throwing for a ton of yards. Take the Over!

We love Cam Akers and admire the heck out of him for coming back from his gruesome torn Achilles injury. However, we don’t see Akers getting many carries in this game.

Sony Michel has had a fairly productive season (845 rushing yards, 4 TDs) and McVay has been giving him the bulk of the carries since Week 13. Look for Akers to see some action but not enough to eclipse this total. Take the Under!

Here’s another Over that we think has plenty of value. A.J. Green is nowhere near the top-notch wide receiver that he was back in his Bengals prime. Nevertheless, the 7-time Pro Bowler still has excellent size (6-4, 207) and the ability to come down with jump balls.

Unfortunately, Green only had 23 receiving yards against the Seahawks last week. Keep in mind though, that he was still targeted 9 times in that game. Green was targeted 16 times by Murray during Arizona’s two regular-season games against Los Angeles.

In 4 career games against the Rams, Green has averaged 86.3 receiving yards per contest. We see him getting close to that number in this one. Take the Over!

This one is a no-brainer! Connor scored 15 rushing touchdowns this season and 3 receiving touchdowns. That’s some serious production, especially when you consider that Connor only played in 15 games.

The former Pitt star is a beast once his team gets down around the goal line. The Rams have a terrific rush defense but, surprisingly, they give up 1.1 rushing touchdowns per game (23rd). Look for Connor to find the end zone in this game at least once.

Anytime we can get plus money with a bellcow running back like Connor, we jump on it. Hopefully, this one cashes early in the first quarter!

Neither QB is playing his best ball heading into this divisional-round matchup, but Stafford's play has been particularly concerning. The Rams QB has 8 touchdowns and 8 interceptions over his last 4 games and was sacked 10 times over that stretch.

If the game script plays out in the Rams' favor, the Cardinals could be forced to play from behind on Monday. This was the case in the last meeting, which led to Murray attempting 19 more passes than Stafford. We will take the plus money here and hope to see plenty of Sony Michel tonight.

Best of luck with all your Monday Night Football action!