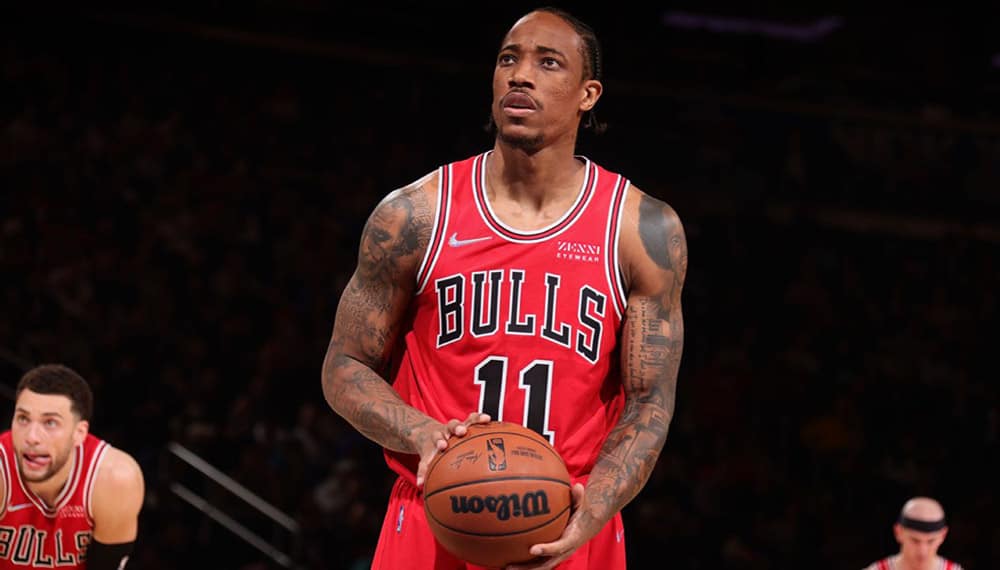 The marquee matchup in the Association on Friday night will be at 8:00 pm EST on ESPN when the Chicago Bulls visit the Milwaukee Bucks. The Bulls are currently the top team, not only in the Central Division but in the entire Eastern Conference. The Bucks trail them in the division by just 2 games and would be the 4th seed in the Eastern Conference if the playoffs started today.

Obviously, there is more than half the season left to be played but we have reached a point in the season where we have begun to see which teams are likely fading out of playoff potential and others that will likely be in contention the rest of the way. These two teams certainly fall into the latter.

The Bulls have been without Zach LaVine & Lonzo Ball for the last three games and will be without them again Friday night. The Bucks will be at full strength; however, they have not played well in the new year. They have been on a coincidental trend winning one game followed by losing the next two, saddling themselves with a 4-6 record.

The betting market currently has Milwaukee as a 10.5 - 11 point favorite with the total sitting right at 228 points across the board. Here is a live look at the best odds available for each side of this bet. Use our NBA odds shopping tool to find the best line for every game on tonight's slate.

In the absence of two of the biggest pieces of the Bulls team (LaVine & Ball) a budding rookie has seized the opportunity and risen to the occasion in the past three games. Ayo Dosunmo has been spectacular in his increased role. Over the last three games, he is averaging 18ppg, 5.6rpg, 7.0apg and is shooting 76.6% from the field including 7-10 from long range. The Bulls have still lost two of the last three but no one can blame it on the play of Dosunmo.

The Bulls snapped their four-game losing streak this past Wednesday when they defeated the Cavaliers 117-104 at home. In the game, Chicago was knocking down shots from all over the floor. They finished the game going 54.7% from the field including 45.5% from deep.

DeMar DeRozan led the charge with 30 points and 7 assists. Nikola Vucevic collected a double-double with 24 points and 12 boards while Ayo finished with 18 point and 8 boards. It will take a similar effort on Friday for the Bulls to pull out a road win against the Bucks without LaVine & Ball.

Bucks Only as Good as Their Opponent

The Bucks have had a very strange start to January. They have 6 losses, all to teams far inferior to them including the 11-33 Pistons. However, their last three wins have all come against very strong opponents. Brooklyn, Golden State, and Memphis who; if the playoffs began today are all either a 2 or 3 seed in their conference account for the Bucks three wins.

Giannis was outstanding in the win with 33 points, 15 boards, and 7 assists. Khris Middleton and George Hill also put together solid performances in the win. Middleton finished with 27-7-7 while Hill had 14-6-6. It will be interesting to see if the Bucks have a stronger effort since the Bulls are the top dog in the Eastern Conference or if they have a weaker effort due to LaVine and Ball being out.

Despite having a half-game lead over the Heat in the Eastern Conference, the Bulls are just 5-5 over their last 10 and have really struggled against the spread over that stretch. The Bucks have not faired too much better, going 4-6 both overall and ATS in their last 10. That being said, there are still some key betting trends working in the Bucks favor tonight:

The Bucks are just two games behind these Bulls in the division and I believe they are going to take full advantage of LaVine & Ball being unavailable. In the Bulls' previous two losses on the road without their stars, they allowed an average of 116.5 points in comparison to the 109.3 points they typically allow on the road. The Bucks will be too much offensively for the Bulls and win this one by double digits.

The Bulls will do their share of scoring in this one on top of allowing the Bucks to score above their average. This is the highest the total has been in their last couple of meetings and most would assume it should be lower due to just LaVine being out. I see this being a higher-scoring affair than typical with these two.