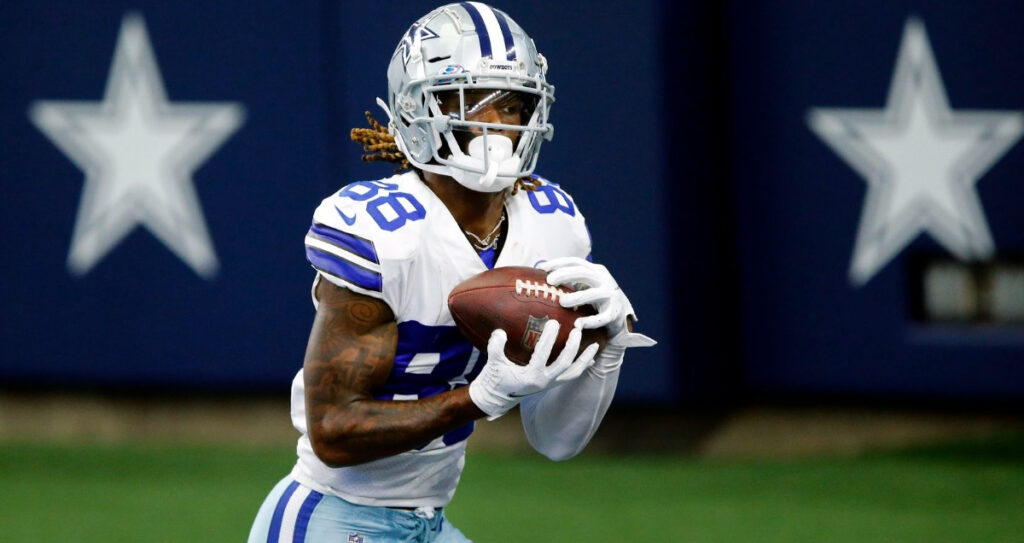 CeeDee Lamb Over 5.5 Receptions is one of our 4 best prop bets for Sunday Night Football.

Once bettors have the chance to look through the picked-apart Week 1 spreads and totals, the player props should be their next stop. These have not been on the board for nearly as long, and finding value can be easier given the unexpected results that the first round of games can provide.

Player props in primetime games are typically the more sought after by bettors, mostly because they are more likely to actually see the game and root for their long-shot bet to score the first touchdown or whether a player can catch a certain number of passes. Ahead of the Tampa Bay-Dallas season-opening Sunday Night Football matchup, let’s take a look at some of the best player props on the board.

Prescott may get caught running for his life on a few occasions Sunday night if the Tampa Bay defensive line can pressure the fresh faces starting for Dallas up front. He rushed for exactly 13 yards on four carries in the season opener against the Bucs last year, but that was with Tyron Smith and La’el Collins playing at the tackle positions.

Tampa Bay racked up 47 sacks in 2021, seventh-most in the NFL, and has the personnel to pressure both up the middle and off the edge. If the Cowboys can’t protect Dak as well in the pocket, we expect that will translate to more yards on the ground for their athletic quarterback.

Lamb was targeted 15 times in the Cowboys' loss to Tampa Bay in Week 1 of last season and managed to catch seven of those throws for 104 yards and a touchdown. Without Amari Cooper or Michael Gallup suiting up for the Cowboys this week, it’s hard to fathom a scenario in which Lamb doesn’t eclipse double-digit targets again.

Lamb may even match his 15 targets from last year’s game. At 5.5 catches, this pick has too much value to pass up for the best option in the Cowboys receiver room, even at an increased price.

This may come as a surprise, but Brady would have gone over this total in 12 of 17 games last season. At this price, it’s difficult to pass up the chance that Brady escapes the pocket once or twice and scampers for a few yards.

If that doesn’t happen, there’s also the real possibility that Brady’s short-yardage specialty, the quarterback sneak, gets us that coveted rushing yard for Brady to surpass this extremely low bar.

Evans actually had a quiet night the last time these two teams played, snagging three of his six targets for 24 yards and going without a score. All he did the rest of the season was catch 16 touchdowns in 18 games, playoffs included, and further cement his role as Brady’s top target inside the red zone.

All-Pro cornerback Trevon Diggs will likely line up against him for most of the night, and we anticipate that Evans will have a significant size and speed advantage against him combined with the scoring opportunities to match.