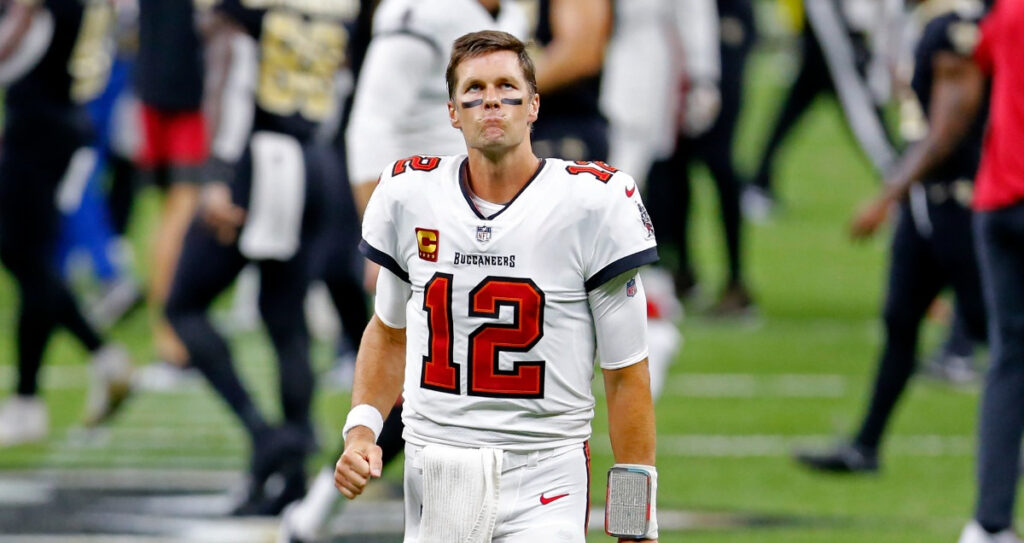 Tom Brady has had a disappointing season, but we still like him to go Over his passing yardage prop on Sunday Night Football.

The Christmas weekend concludes with a Sunday Night Football matchup featuring the Arizona Cardinals setting the table for the Tampa Bay Buccaneers to visit for a holiday matchup. Both these teams entered the season with high hopes after playoff appearances in 2021 but have been humbled time and time again this year.

Tampa Bay still somehow leads the NFC South with a record of 6-8, and Arizona’s playoff hopes have all but evaporated in the desert heat. The Cardinals enter this game with a record of 4-10 and are tied with the LA Rams in the basement of the NFC West.

Former Baltimore Raven and Penn State Nittany Lion Trace McSorley gets his first NFL start at quarterback for Arizona. The Cardinals are 7.5-point home underdogs to the Bucs with a point total of 40.5.

Week 15’s SNF prop bets finished 2-1 as Brian Robinson and Terry McLaurin both exceeded their totals for rushing yards and receptions, respectively. Saquon Barkley got the best of us with 87 yards rushing on 18 carries to cost us the under bet on his yardage total.

It’ll be in the 60s this week in Glendale, AZ, while most of the country is experiencing the holiday version of a polar vortex, and what better place to be? Settle in for the Christmas nightcap with our player prop best bets for Week 16’s SNF tilt.

Brady has remained a high-volume passing machine throughout the season. He leads the NFL in passing attempts, while only three other quarterbacks are within 100 of his total. He is third in the league with an average of 278 yards per game.

His QBR of 50.5 is a career-low since the stat began being tracked in 2006, but we don’t need him to be efficient to cash this play. Arizona has a bottom-10 pass defense in the NFL this season, and Brady will continue to sling it to give Tampa Bay its best chance to retain a division championship lead.

McSorley has been a willing runner since his days in Happy Valley and still has the ability to escape the pocket when necessary. He’ll likely be under pressure Sunday night from a Bucs’ defense that is 6th in the NFL in sacks this season.

McSorley will be playing behind a Cardinals’ offensive line that has allowed the 7th-most sacks in 2022 in their own right. We project that McSorley will scramble quite a bit in this game. Because of that, we'll take a stab at the nice +550 odds that he finds the end zone.

Last week, White saw his lowest target share as a lead back since Week 10 while only catching one pass in Tampa Bay’s loss to Cincinnati. In the three games leading up to Week 15, White had seen 22 targets, accumulated over 100 yards through the air, and scored his first career receiving touchdown.

His performance and involvement in the passing game last week felt more like an outlier than the expectation. We predict White will bounce back with 5+ catches in Week 16 while the Buccaneers look to right the ship against the injury-riddled Cardinals.