Week 17 of the NFL regular season wraps up with a fabulous Monday Night Football matchup that features a classic AFC North rivalry. The Cleveland Browns (7-8) will travel to Heinz Field to take on the Pittsburgh Steelers (7-7-1). All reports are saying that this may be Big Ben Roethlisberger’s last game at Heinz Field.

If you want our opinion on the side for this game, check out our Week 17 Best Bets post from earlier in the week. Here are five prop bets to consider betting for this Monday Night Football matchup. 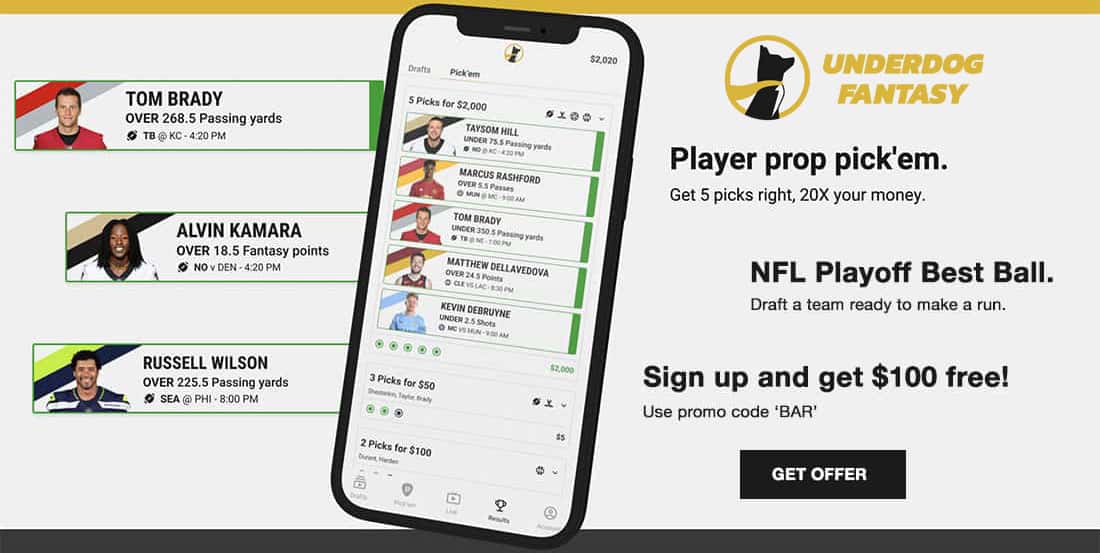 After suffering an embarrassing blowout loss to the Kansas City Chiefs last week, you can bet that the Steelers will show up with a maximum focus for this game. Steelers head coach Mike Tomlin is always a solid bet as an underdog (41-24-2 ATS). Also, if this really is Big Ben’s last home game, we expect Matt Canada to open up the playbook a little more.

All of the above factors make us think that Pittsburgh puts up a terrific offensive performance, even against the fairly stout Browns defense. Cleveland has some nice defensive numbers but they struggle in a couple of key areas.

The Browns rank 21st in the league in third-down defense and 28th in red-zone defense. Those two weaknesses should allow Pittsburgh to find the end zone at least 2-3 times in this game. Add in a couple of field goals from veteran kicker Chris Boswell and the Steelers should eclipse this team total with relative ease.

This prop bet was a little difficult to hit submit on because of the suspect Steelers defense. Pittsburgh has an awful statistical profile on the defensive side of the ball. However, this unit should be fired up for a Monday Night home game!

One stat that jumps out at us is how well the Steelers defense performs inside the red zone. Pittsburgh only allows a TD on 50.91% of their opponents’ trips inside the 20-yard line. This ranks 6th in the league and is the main reason we pulled the trigger on this prop bet.

If all goes as planned, the Browns will be forced to kick a lot of field goals in this game. Also, the Steelers do a fantastic job of pressuring the QB (2nd). Cleveland’s offensive line ranks 27th in QB sack rate allowed.

We expect T.J. Watt, who leads the league with 17.5 sacks, to terrorize Baker Mayfield the entire game. Cleveland may find the end zone a couple of times but we don’t see them going over the 2.5 price for this prop.

It’s amazing what kind of rookie season Najee Harris has had, especially when you consider that the Pittsburgh offensive line has been so inconsistent. The former Alabama Crimson Tide star has run for 984 yards and 6 TDs this season. Harris has also been a viable threat in the passing game, where he has racked up 422 receiving yards and 3 TDs.

The main reason we like this wager is because of Harris’s ability to score touchdowns as both a runner and a pass-catcher. Matt Canada has leaned heavily on Harris all season long. Harris averages nearly 18 rushing attempts per game and gets nearly 6 targets per game as a receiver.

All of that means that Harris should touch the ball at least 24 times in this game. We think that gives him a very good chance of scoring a touchdown. The Browns give up an average of 2.6 touchdowns per game and we think Harris gets at least one here.

This line is an overreaction based on the fact that Jarvis Landry has only scored 3 touchdowns this season. However, you have to keep in mind that the former LSU superstar has only played in 10 games.

Even with a subpar year statistically, Landry is still Baker Mayfield’s favorite target. We think that gives him a decent chance of scoring a TD in this game. The Steelers' secondary has been suspect at times this season, as they give up 6.9 yards per pass (23rd).

Landry has gotten 27 targets over his last three games so that tells us that Mayfield is looking in his direction a bit more often than earlier in the year. We think the line for this prop should be priced around +140 so we’ll gladly jump on the generous price of +185.

Here’s a special prop that we just couldn’t pass up. As we mentioned above, T.J. Watt leads the league with 17.5 sacks this year. We expect Watt to have no problem getting a couple of sacks against a Browns' offensive line that allows a sack on 7.85% of snaps (27th).

Myles Garrett is a stud pass rusher in his own right. The former Texas A&M Aggie has registered 15 sacks this season and you can bet he’d love to outdo Watt in this game. Big Ben gets rid of the ball a lot quicker than he used to, but the Steelers still give up a sack on 5.75% of snaps (13th).

Garrett hasn’t had a sack since Week 14 so he’ll be hungry to end that drought in this rivalry game. For this prop to cash, all we need is for Watt to get two sacks and Garrett to get one which seems likely and the +150 price is a nice bonus.