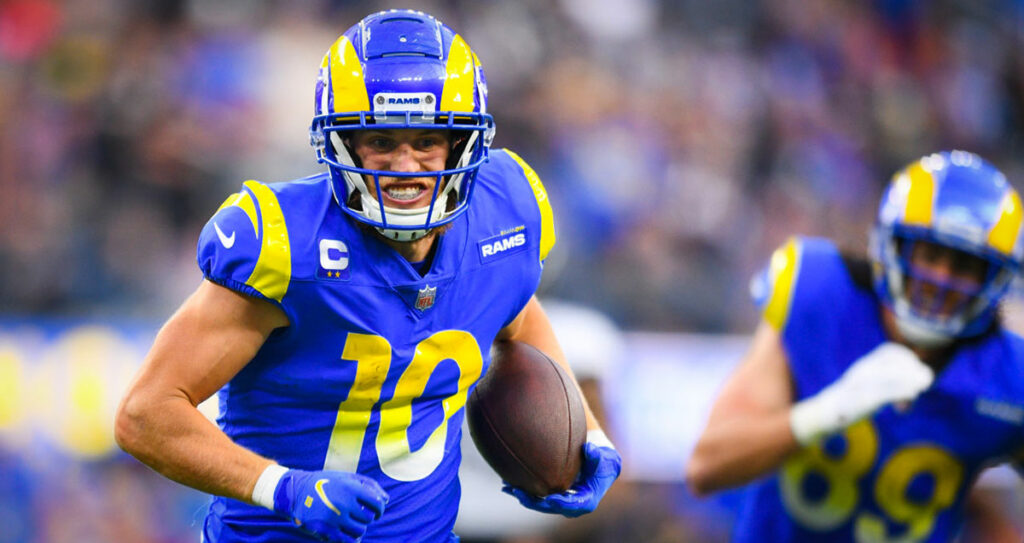 Can the Bills keep Cooper Kupp under 7.5 receptions? We're betting on it.

We made it! The opening week of the NFL season is upon us and we cannot be more excited to kick things off on Thursday night when the defending Super Bowl champion Los Angeles Rams host the upstart Buffalo Bills. Many believe this could be a potential Super Bowl preview but let’s not get ahead of ourselves just yet.

Buffalo is the current betting favorite to win the Super Bowl, and enter this week 1 matchup as a 2.5-point favorite over the current champs. The total has held at 52.5 all week, and is one of our best bets for Thursday.

While the game itself is exciting, we see value in a couple of player props that will not only make this game potentially more fun but also help us build our NFL bankrolls in the very 1st game of the season. This game will feature some of the biggest names in the league, but that will not be the only place to look for these player props.

As mentioned above, Matthew Stafford has been dealing with a nagging elbow injury that many are saying could affect him all season. We expect McVay to be cautious with him out of the gate and will look to establish their run game and protect the arm of his franchise QB. Speaking of the run game, Cam Aker is back and will be their featured RB. He brings a different dimension to this team and will be used to lessen the number of throws Stafford will have to make.

Allen only went under this number in 5 games last season. The average scoring differential in these games was 19.2 points. Obviously, the oddsmakers expect this game to have a much smaller point differential as do we. The Rams' elite pass rush Aaron Donald is going to push Allen into more running opportunities and that will surely benefit this play. Kyler Murray surpassed this number against the Rams in 2 out of 3 games last season and even Tyler Huntley for the Ravens was able to pick up 54 yards on the ground against them.

There were 7 regular season games last season where Cooper Kupp failed to grab more than 7 balls in a game. Throw in the elbow issues for Stafford which should limit his number of targets and we have a recipe for this under being a play. On top of those facts, only AJ Brown and Chris Godwin were the top WRs of their teams to surpass 7 receptions against the Bills last season. It is never easy going against the top receiver in the game (and one of our favorite DFS picks for this game) but this play makes sense logically and the plus money is giving us more value.