Bills at Rams: Best Bets Against the Spread and Total for Thursday Night 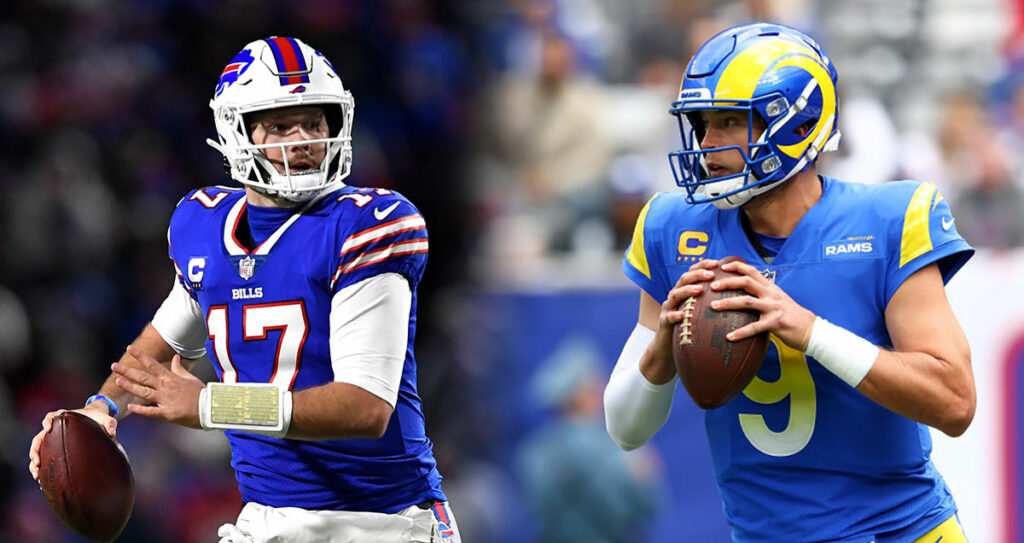 The NFL season kicks off on Thursday night with the Super Bowl favorite Bills at the Super Bowl Champion Rams. The Bills currently sit as a 2.5-point favorite, while the game has the second-highest total for week 1 at 52.5.

The offseason for the Rams was filled the celebrating their championship but also with the loss of some veteran talent on both sides of the ball. Von Miller left the franchise for, coincidentally, the Buffalo Bills. Robert Woods headed to Tennessee and both left voids at their position. The Rams were able to convince Aaron Donald to come back while he was contemplating retirement and no disrespect to Woods but he was not that large of a loss.

As mentioned above, the Bills added a veteran presence on their defense with Von Miller. The Bills also plugged the hole left by Cole Beasley by signing veteran Jamison Crowder. The offensive line has 4 of their 5 starters back and they will be tasked with continuing to protect one of, if not the, best arm in the league in Josh Allen.

Best Total Bet for Bills at Rams: Under 52.5

Yes, both teams have explosive offenses and can put up points in any given game. But there are some things working against each of these offenses in this matchup. For the Rams, they have Stafford coming back from injury to run the show and have one less weapon now that Woods is gone. The larger issue for Stafford and the offense is that Von Miller will be on the opposite side of the field. From his time in LA, Miller likely has a strong idea of what schemes will work against the Rams' offense and he undoubtedly had his brain picked by Leslie Frazier and Sean McDermott. The Bills' defense was already elite, but in this matchup, they could look even better.

While the Rams will be without Von Miller, they still have an exceptional secondary and the most disruptive pass rusher in the league in Aaron Donald. They likely won’t be able to fully stop Josh Allen as no team does but they may be able to contain him enough to keep the total from going over in this one.

Here is a look at some of the key betting trends for Thursday Night's total:

Typically, we love a live home dog but in this 1st matchup of the season, we are going contrarian. The Bills seem to be on the precipice of being the top team in the league. The Rams are coming off an incredible Super Bowl winning run but have 2 of their biggest pieces in a position they were never previously in. Both Aaron Donald and head coach Sean McVay were contemplating retirement during the offseason with both ultimately deciding to return. It will remain to be seen just how good Stafford will be with the nagging elbow issue he is dealing with.

There are more question marks on the Rams side of things than the Bills and for that, we are going to be playing the road favs here. We expect Josh Allen to do what he does best, make good defenses look mediocre and the Bills defense to be the biggest part of the story in this game.

Here are our key betting trends for each side of the week 1 Thursday Night Football matchup: