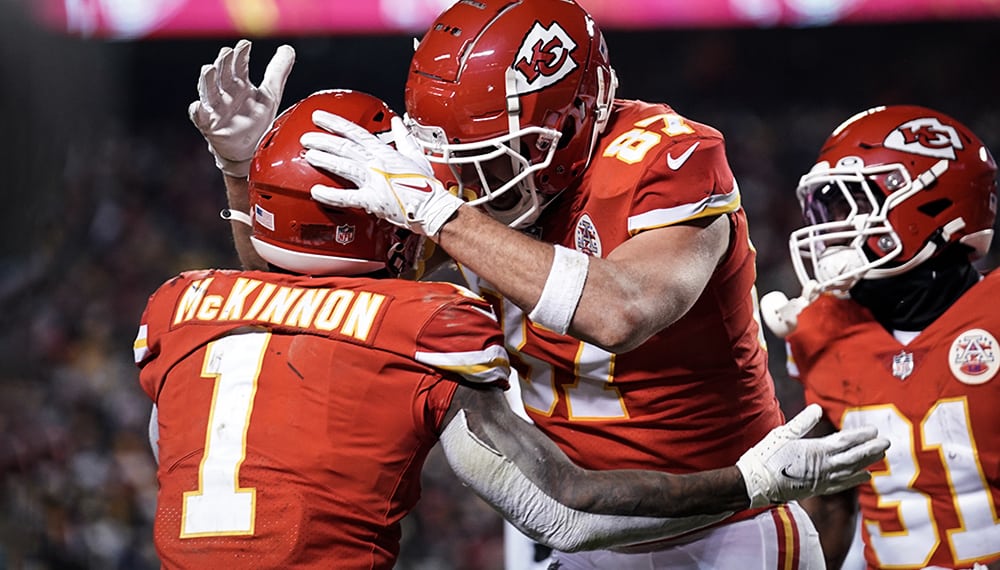 The NFL Divisional Round is here and it’s time to take advantage of some early lines. This article will focus on selections for the AFC side. It is important to note, that I am currently holding a future on the Titans at 12/1 to win the Super Bowl as per my latest write-up.

The Bills are coming off a 60 minute beat down of the New England Patriots, Saturday Night in Buffalo. Many have called it a “perfect” offensive performance, recording zero punts, zero turnovers, and zero sacks. This isn’t even meant to be an indictment of the New England Patriots, although their defensive personnel should not have given up 47 points in any situation. That being said, this is the ceiling for the Bills. Josh Allen and company have all the talent necessary to have the best passing attack in the NFL, but consistency has plagued them this season. This beatdown of the Patriots does not make us forget horrible losses to the Indianapolis Colts and Jacksonville Jaguars.

The Kansas City Chiefs have rounded into form since a difficult 3-4 start to the season. However, this is something that we could have expected from the Chiefs, given the difficulty of the first half of the Chiefs schedule. The Chiefs are not the juggernaut they were last year of the year before. The defense is especially porous and their offensive line has struggled at times.

Patrick Mahomes played erratically at many points in the 2021 season, resulting in the most interceptions in his career. Teams have “figured out” the Chiefs passing attack as much as possible. Patrick Mahomes made himself arguably the best quarterback in the NFL by avoiding blitzes, extending plays, and getting the ball to Tyreek Hill and Travis Kelce.

Teams started to double team the playmakers and only rush four against Mahomes. The teams that could pressure Mahomes without a blitz became his kryptonite, as he began to force the ball and his spectacular running throws started to become interceptions.

The Bills' defense presents an incredibly difficult challenge for the Chiefs. The Bills pass rush has both the highest Hurry% and Pressure% in the league in 2021. This is done with a blitz rate in the middle of the pack (13th). The Bills' defense allowed the fewest passing touchdowns in the league at only 12. I think this is where it’s necessary to take a deep dive into the schedule of the Bills.

In my opinion, the Bills underperformed in a particularly light schedule. The Bills also have faced an above-average passing offense twice this season. A victory against the Chiefs and a loss to the Buccaneers. The only other “good” teams the Bills faced were the Colts and the Titans, both losses to the rushing attack of Johnathon Taylor and Derrick Henry, respectively. The Bills run defense has not been bad but is nowhere near the numbers that the pass rush put up.

Establishing the Run Will be Key

The biggest key for both teams in this matchup will be running the ball. The Chiefs have shown more willingness to run the ball, something we have been begging Andy Reid to do all season. The Steelers' defense represents exactly what the Bills can do on defense. The Steelers have an elite pass rush anchored by TJ Watt and a strong secondary to combat the passing attack. They rushed four most of the game and even rushed three at times.

It still was not enough to come close to stopping the Chiefs. The Chiefs responded to early adversity, coming in the form of Mahomes’ interception and an early fumble-six. The breath of fresh air was seeing Mahomes remain calm and utilizing Jerrick Mckinnon in the running game.

If the Chiefs get Clyde Edwards-Helaire back in time to face Buffalo they can have a two-headed rushing attack that will open up the field for them. The best defense you can play is keeping the other team off the field. A balanced and methodical Chiefs offense is still one of the league’s best and they can keep Josh Allen off the field by avoiding mistakes/turnovers.

I think the Bills will have a tougher time against the Chiefs because of their lack of commitment to the running game. Singletary and Zach Moss are not on the same level as the aforementioned running backs. I’m not always a fan of Andy Reid’s decision-making and certainly give Sean McDermott the coaching advantage in the matchup. That being said, I believe that Mahomes will best Josh Allen in this matchup, with the Chiefs offense firing on all cylinders.

The public will continue to back the Bills, especially after their beatdown of the Patriots, so I find value in taking the Chiefs -2.

Important side note: If you do read this article and instead want to bet the Bills, consider an open parlay with one slot. Should the Bills defeat the Chiefs they will likely open at PK or a small favorite against the Titans, or even a strong -3 favorite should the Bengals sneak in. AFC conference prices for the Bills are between +215 and +225 across the market. If you open a parlay with the Bills at +110 against the Chiefs, even if they are -130 in the AFC Championship game you’re getting a payout of at least +270. Don’t bother taking a bad price on the futures marketplace and if you win the first leg you can always back off the Bills and close it elsewhere. Good luck!