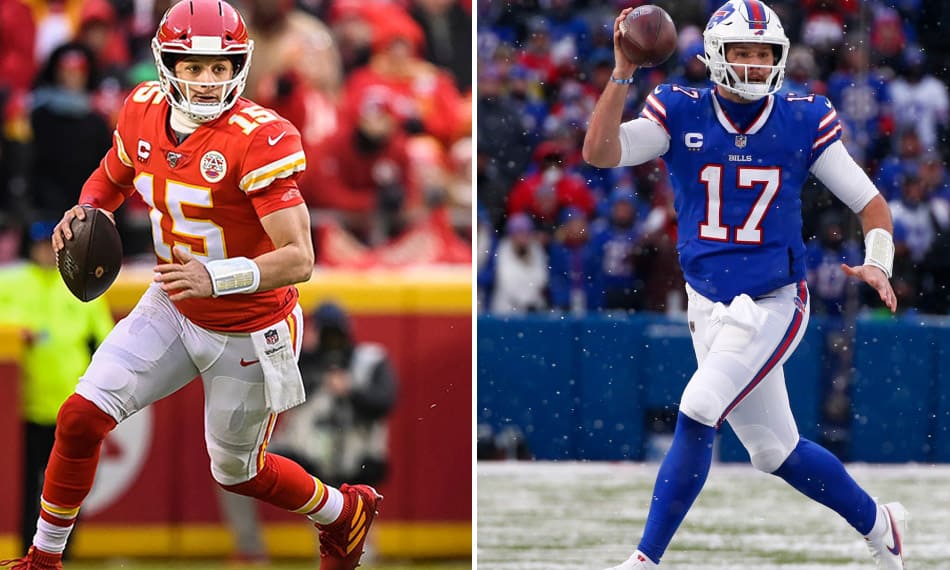 The final game of the Divisional Round of the NFL Playoffs kicks off on Sunday at 6:30 PM Eastern Time on CBS. The Buffalo Bills will travel to Arrowhead Stadium to take on the Kansas City Chiefs for what should be an incredible game to watch.

Josh Allen and company got some sweet revenge on the Chiefs back in Week 5 of the regular season with a 38-20 victory. Can Buffalo repeat that performance and advance to the AFC Championship Game?

If you’re not sure which side to bet on in this AFC Divisional Round matchup, consider attacking the player props at your sportsbook instead. Here are five player props that we think have value in this game.

Our only concern with this bet is Hill’s health, as he’s been dealing with a nagging heel injury for the last couple of weeks. However, the 6-time Pro Bowler looked a little bit like his old self in last week’s 42-21 victory over the Steelers.

The numbers point to Hill getting at least six catches in this game. The 27-year old has played against the Bills three times in his career, and he’s averaged 5.7 receptions and 9 targets per game.

The news gets even better for the Over when we check out Hill’s regular-season numbers. Mahomes has targeted Hill almost 10 times per game and we expect that trend to continue in this game. Hill has averaged 6.52 receptions per game this season.

We envision Andy Reid finding ways to get Hill the ball with lots of quick screen passes in this game. Buffalo’s secondary is tough, but we still expect the Chiefs to keep Hill as the focal point of the offense the entire game. Take the Over!

Allen lit up this Chiefs defense for three passing touchdowns back in Week 5. The Kansas City defense has improved quite a bit since then, but we still think the former Wyoming star will throw at least two touchdown passes this time around.

Allen is in great current form, as he torched the Patriots’ stout defense for 308 passing yards and 5 touchdowns last week. The 25-year old looks to be supremely focused on getting the Bills over the hump and into the AFC Title Game.

The season-long stats point to Allen throwing at least two touchdowns in this game. In 17 regular-season games, Allen threw 36 touchdowns. That comes out to 2.12 touchdown passes per game.

We feel like this line should be closer to -190 or so. Take the Over in this spot with a quarterback that has been playing out of his mind of late!

We just can’t resist putting a few bucks down on Diggs at this plus money price. The former Maryland Terrapin has become Josh Allen’s favorite target and we see him finding the end zone at least once against the Chiefs.

Surprisingly, the Kansas City secondary did a good job of containing Diggs during their game earlier this year. The 28-year old playmaker only caught two passes in that game for 69 yards. We don’t see that happening again in this game.

For the season, Diggs has been targeted 9.64 times per game. That tells us that he should have plenty of opportunities to hit pay dirt this week against the Chiefs.

The Chiefs have struggled against the pass all season long, as they give up 6.8 yards per pass (23rd) and 248.6 passing yards per game (26th). This unit also ranks next to last in sack rate (4.80%). That shows us that Allen should have plenty of time to get the ball to Diggs in this game.

Here’s one that’s hard to pull the trigger on, especially with a supremely talented tight end like Kelce! The 7-time Pro Bowler has had another terrific season, but things have been kind of feast or famine for him.

When you check out his week-to-week stats, you’ll see that Kelce has only gone over this yardage amount on eight occasions this season. This points to a fair amount of value in this Under!

As far as current form goes, Kelce has only gone over this yardage amount twice in his last six games. We think the Buffalo linebackers will do a decent job of keeping Kelce contained in this game. Let’s take the Under!

We got burned last week betting Singletary’s yardage to stay Under this same amount. We learned our lesson and will play the opposite this week (LOL). Singletary has established himself as the feature running back in Brian Daboll’s offense.

The former Florida Atlantic Owl is in outstanding current form, as he’s rushed for 81 yards or more in three straight games. Buffalo’s offensive line does a good job of opening up holes for their backs and we think they can do that against this Chiefs defensive line. The Bills rank 5th in the league in yards per rush (4.9) and 6th in rushing yards per game (132.4).

The Chiefs haven’t fared well against the run this season, as they have given up 4.7 yards per rush (30th). This means that Singletary could have a big game on Sunday night. Take the Over!

If you are looking for a player prop with longer odds and bigger payouts, we've got you covered. There is obviously a lot more risk with a longshot bet but we think this one is worth a dart throw for the Bills/Chiefs divisional round matchup.

It's worth noting that his role in this offense completely changed over the five game scoring streak that he is currently on. His average total touches jumped from 10 per game to 21 per game and, with the added work, came a larger role in the red zone.

If you are looking for even longer odds on this wager, Gabriel Davis is an interesting option. He's available at +1800 on this prop at BetMGM and has scored five times in his last six games. His anytime TD prop is available at +250 across the board today.