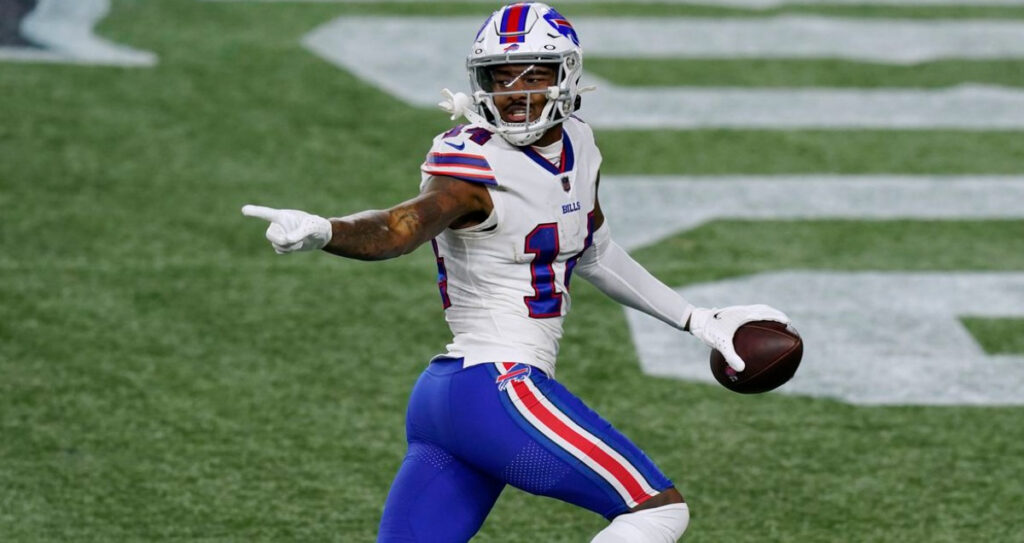 Stefon Diggs has been quiet of late, but we like him to go Over his receiving yards total on PrizePicks.

Two AFC powerhouses take center stage as the Bills take on the Bengals on Monday Night Football. Buffalo is currently a 1.5-point favorite at the time of this writing at most online sportsbooks. The total is sitting at 49.5 points at most shops.

To say both teams have been red hot would be a gross understatement. Buffalo has won 6 in a row, while Cincy has been victorious in 7 straight. Who will come out on top tonight?

Get 3 PrizePicks props right here to start raking in the cash! As usual, we recommend putting a half-unit on the Power Play and a full unit on the Flex Play. We always want to take some money home with a 2-1 performance! Good luck!

Diggs has struggled a bit of late, but we think he gets back on track tonight in primetime. The former Maryland star has gone over this receiving yardage total in 10 of 15 games this season. He's also averaging 88.3 receiving yards per contest.

Cincy's secondary is nothing special, so Diggs should have a decent matchup tonight. The Bengals only rank 16th in yards per pass allowed and 21st in passing yards per game allowed (225.9). Our projection shows that Diggs ends up with 82 receiving yards, so we'll roll with the Over.

This play is mainly based on game script and number of carries. Singletary is still the featured back, but Buffalo has been playing James Cook more and more as the season has progressed. In fact, Singletary has only been on the field for around 50% of snaps in the last 4 games.

Also, a lot of the Bills' rushing offense involves Josh Allen on some QB draws. Couple this with Cook's increased workload, and we just don't see Singletary getting the carries needed to go over this total.

The Bengals also have a solid run defense. They rank 9th in yards per rush allowed (4.2) and 5th in rushing yards per game allowed (106.4).

Evan McPherson UNDER 1.5 Made Field Goals

We tend to shy away from props involving kickers, but this one caught our eye. McPherson has a big leg, but he's stayed under 2 field goals in two of his last three games. He also only ranks 22nd in the league in field-goal conversion percentage (86.48%).

Cincy's offense does a fabulous job of scoring touchdowns in the red zone. They rank 5th in scoring touchdowns once they get inside the 20-yard line. That means that McPherson should be kicking lots of extra points but not many field goals in this game.

Market support is also a positive on this prop. BetMGM prices the Under at -150, while Caesars has it at -147. We'll take a shot with the Under in this spot.

For our bonus pick, let's go with Tyler Boyd to stay under 3.5 receptions. His production just hasn't been the same since Ja'Marr Chase returned to the lineup. The former Pitt Panther has stayed under this receptions total in 8 of 15 games this season.

Boyd has also stayed under 3.5 catches in 4 of his last 6 games. Buffalo has a pretty decent secondary, and they should be able to limit Boyd in this game. He's had some good success in his career against the Bills, but the last time he played against them was in 2019.

Over the last 3 games, Burrow has only targeted Boyd 3.3 times per contest. We expect that trend to hold up as Burrow continues to look more to Chase and Tee Higgins than Boyd. Take the Under!