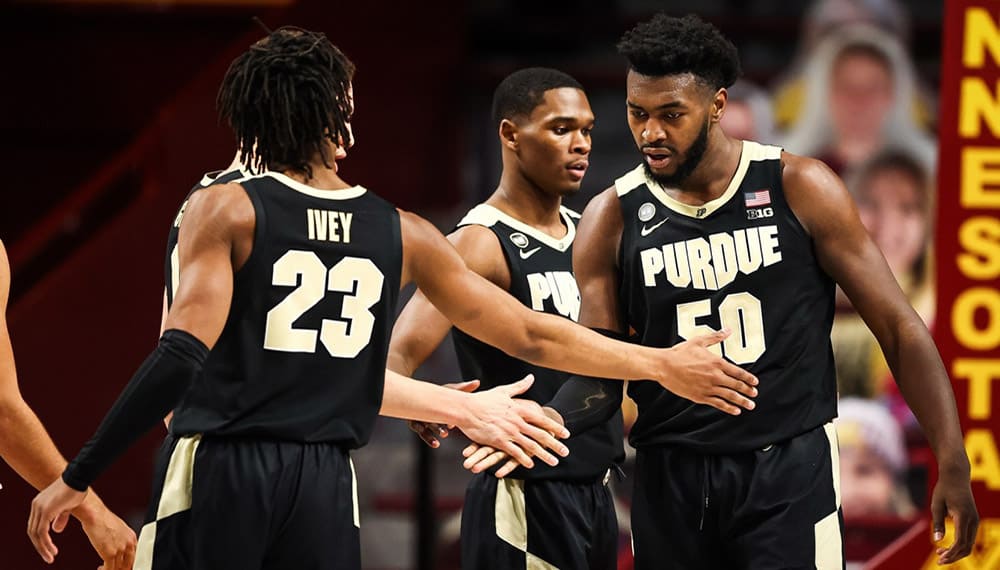 Big 10 conference play opens Friday, December 3rd, and teams in the East and West divisions tip-off to see who is the best in the Upper Midwest. The Big 10 enters its conference play with four teams in the AP Top 25: Purdue at #2 overall, with Michigan State, Wisconsin, and Michigan bunched up at #22-24, respectively. Several other Big 10 teams lurk just outside the Top 25 and with any success will make an appearance, notably Ohio State and Illinois.

The Big 10 is a two-tier conference, with Purdue the pre-season favorite trailed by a good-sized pack of challengers. Vegas agrees, giving the Purdue Boilermakers (+165) the best odds to end the regular season atop the standings. Per Vegas, Michigan (+350) is the strongest of the challengers with Ohio State (+600), Illinois (+850), Michigan State (+900), Indiana (+1800), and Wisconsin (+1900) rounding out the second-tier teams.

Our pick for best bet amongst the favorites in the Big 10? Purdue. The Boilermakers return all five starters from last year’s fourth-seeded March Madness team and boast the best front-court duo in the conference with C Zach Eday and All-American-to-sixth man Trevion Williams, forward. We like the +165 now on the favorite before the conference play opens.

The pre-season favorites host the Iowa Buckeyes (+2300) on Friday at the Mackey Complex. With Ohio State’s win over Duke on Tuesday opening the door for a new #1, expect the crowd to be loud. A Purdue win and the spread is -11, all but assures them the #1 ranking. Purdue has never been the top-ranked basketball team and they will be the biggest story in college basketball on Monday.
With a soft schedule following, Purdue will stay atop the rankings. Public and alumni money will roll in.

When approaching this wager, consider balancing the Big 10 regular-season title win with winning it all in March. The Boilermakers (+1000) are third on the list and are built for tournament play. The dominant frontcourt is supported by an experienced group of ballhandlers and sharpshooters and a future NBA shooting guard in Jaden Ivey. One maxim, at least, is senior point guards win tournament games. Purdue’s Eric Hunter, Jr. is a four-year starter with NCAA tournament experience.
Illinois (+850) 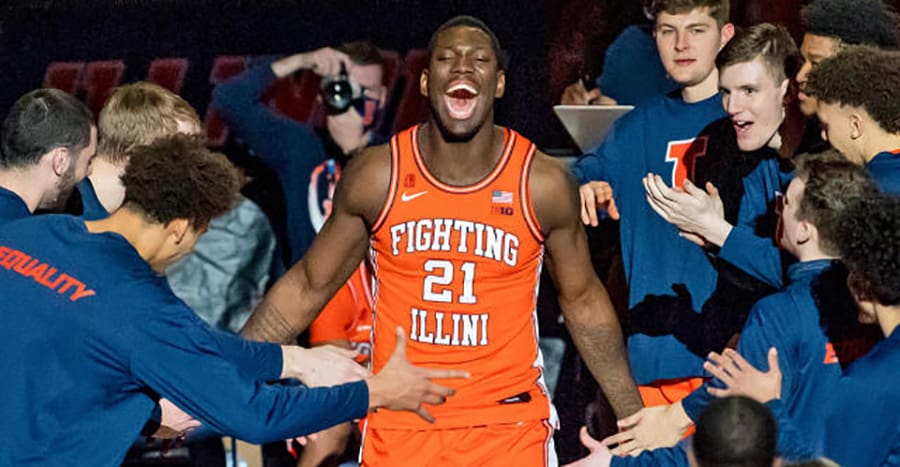 Who Can Challenge the Boilermakers this Season?

So, if we agree with oddsmakers and think Purdue goes on the win the Big 10 this season, which teams are the best bets to challenge them? There certainly is no shortage of options given the talent this conference is stacked with this season.

The Big 10 is loaded with quality big men this season. Michigan’s sophomore Hunter Dickinson was a standout performer in the 2021 NCAA tournament in an otherwise disappointing (too kind?) showing for the Big 10. The above-mentioned Eday is a Top-3 center in the NCAA and future NBA draft pick. It's a safe bet that the Big 10 Player of the Year will be one of the quality centers in this conference.

But Michigan at +350 is too reliant on a developing Hunter Dickinson, the youngest and rawest of the Big 10’s best big men. We aren’t keen on backing that formula. Ohio State offers intriguing returns at +600 but will be relying on key players returning from injury.

Our pick is the Illinois Fighting Illini (+850) led by another quality center, Kofi Cockburn. If a team can overcome Purdue’s efficiency and experience in Indianapolis on March 13th, it will need athleticism, momentum, and season-long improvement. Cockburn is an NBA-ready 7’0”, 285 lbs. upside machine playing college-aged kids.

The junior center from Kingston, Jamaica is the likely Big 10 Player of the Year (bet on that too). Cockburn probed his NBA draft value in the off-season and decided to return to college basketball. We like the chip on those broad NBA-ready shoulders as Kofi seeks to prove he is an NBA talent.

Head coach Brad Underwood led his squad to a #2 seed in last year’s NCAA Tourney and returns a core of Cockburn, super-senior PG/SG Trent Frazier, and the primary ballhandler sophomore Andre Curbelo. Like the rest of the Big 10, the Fighting Illini flamed out early and should be motivated for a better performance this season.

Surrounding the core are highly touted freshmen and smartly recruited transfers to backfill the loss of three starters. Coach Underwood has options as he meshes his squad together. Last year the Fighting Illini featured a guard-heavy lineup, and established rotations, alongside a developing Kofi Cockburn.

This year should be much the same. Coming over from Utah during the transfer portal is another senior, shooting guard Alfonso Plummer. Plummer adds experience to the backcourt and a scorer’s mentality. With Trent Frazier filling a Klay Thompson-like role, locking down the opposing team’s biggest threat, and stretching the defense as the primary 3-point shooter, one of coach Underwood’s challenges is how often to deploy a 3-guard lineup.

Underwood has guard minutes to juggle and a logjam at the 3 and 4. He’ll figure it out. The talent is there, led by likely Big 10 Player of the Year, and possibly National Player of the Year Kofi Cockburn. Add on senior leadership in the backcourt and the new additions and we are optimistic the Fighting Illini can knock off Purdue in a potentially all-Indiana Big-10 conference championship game.

In that scenario, we suspect the crowd will be pro-Illini. Take the +850 today while the attention is on Purdue and Ohio State.