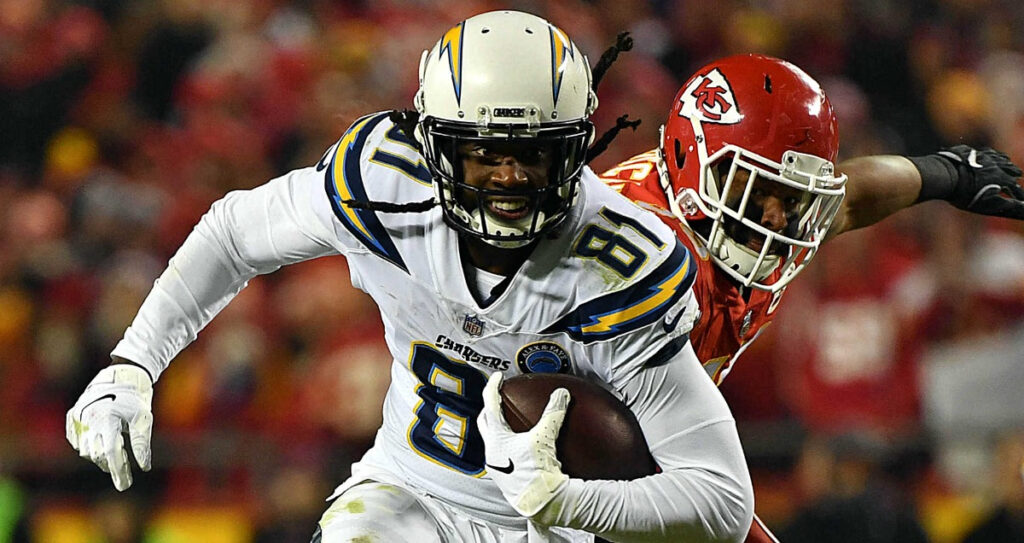 With Keenan Allen listed as questionable, we like Mike Williams to have another huge game in Week 3.

Week 3 is the perfect time to really engage in daily fantasy lineups. Maybe your season-long team has been bitten by the injury bug, your early-round draft picks haven’t panned out, or you played against Stefon Diggs and Jalen Hurts on Monday night in Week 2.

This week’s NFL DFS lineup is being entered into the $2.5M NFL Sunday Million on FanDuel, where the top 137,200 entries get paid out, and the winner gets $1 million. We emptied the entire $60k budget on a lineup we expect to finish in the money.

The Cousins curse in primetime games continued last week with the Vikings' loss in Philadelphia on Monday night. Cousins threw 46 times, completing 27 of those passes for 221 yards and a touchdown while also throwing three interceptions and fumbling once.

The Vikings return home for a 1 pm Sunday matchup this week against Detroit. The Lions allowed the Eagles and Commanders to score a combined 65 points in two weeks, and Cousins should rebound in his comfortable time slot with a strong corps of pass catchers.

Fournette and Kamara are too enticing for the daily fantasy lineup at these prices. Neither has found the end zone yet this season, though Fournette assured fantasy players on Twitter that would change soon.

Kamara also missed the Saints' loss to the Bucs last week due to a rib injury. Adam Schefter reported that it does not appear to be a multi-week issue, and we’ll bank on Kamara returning at this great cap number.

Williams dominated in Keenan Allen’s absence last week, catching 8-of-10 targets for 113 yards and a touchdown. Christian Kirk tightened his grasp on the top receiver spot in Jacksonville with 78 yards and two touchdowns against the Colts.

Curtis Samuel scored for the second straight week after seeing nine more targets. We’ll trust these higher volume players to continue performing well, given the number of opportunities they get weekly.

Higbee is another player whose targets have exceeded preseason expectations, like Samuel. His 20 through two games are the most to start a season in his career, and he is currently the tenth-ranked tight end in terms of points scored this season. We’ll look for another 6-8 targets minimum for the Rams starter.

St. Brown continues to shine in this offense, at least against NFC East opponents so far in 2022. He’s stacked 24 targets through two weeks, hauling in 17 catches for 180 yards and three touchdowns.

This has St. Brown ranked as the third-highest scoring receiver in fantasy, and he has 10 more targets than the next closest player on his team, tight end TJ Hockenson. As long as his DFS cap number lags behind his performance level, St. Brown is essentially a lock week to week.

This play is purely matchup-based. The Saints are not among the strongest defensive units in the NFL, allowing the 11th-most points through the first two weeks to division opponents.

The Carolina Panthers and Baker Mayfield are the main reason for this play, having scored just 40 points through two games while committing three turnovers. We welcome that matchup and like our chances of a defensive score.