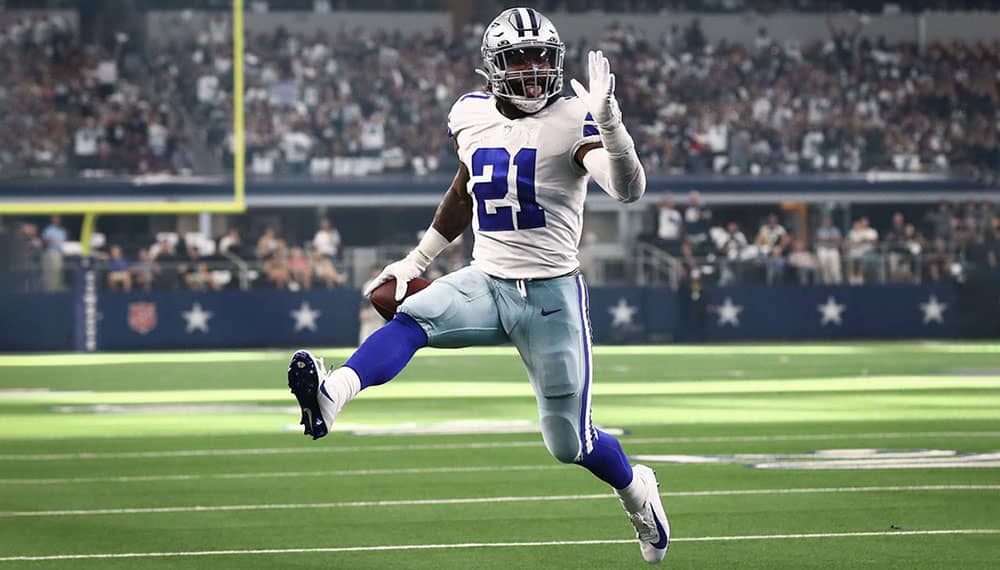 Can you believe that we are already in Week 8 of the NFL regular season? The season is passing by us at warp speed. Thankfully, there’s still plenty of time to build up our bankroll, especially since each team plays 17 games this year instead of 16.

We went 3-1 with our last set of prop bets and will look to build on that this week. For those that missed it, our best bets for NFL Week 8 are live, and we covered the best bet and prop bets for the Thursday night game earlier in the week as well.

All props listed for week 8 are from TwinSpires Sportsbook.

Sometimes when you are betting NFL props, simple plays are the best way to go. The Buffalo Bills are coming off of a bye week and will be in a foul mood after losing on national TV against the Tennessee Titans their last time out. The Bills will be looking to take out some serious frustration after thinking about that game for nearly two weeks!

What better way to take out some frustration than against the lowly Miami Dolphins, a division rival. This Dolphins secondary has been decimated by injuries and is ranked 30th in the league in passing yards allowed per game (297.1). Allen should be able to throw for over 300 yards with relative ease in this game.

The Titans and the Chiefs both have horrible secondaries, but both of them are ranked ahead of the Dolphins. Miami is pretty decent against the run so the Bills will have to beat them through the air for much of the afternoon. This makes us like this prop on Allen’s passing yards even more.

We think that Allen throws for well over 300 yards and at least 3 TDs in this one. Take the Over with confidence here!

Why the heck is this line so low? While we aren’t too crazy about the -130 juice, this is still an excellent investment in our opinion. In case you haven’t been watching the Atlanta Falcons, Kyle Pitts is coming into his own as an NFL tight end.

Pitts is an absolute freak at 6-6 and 246 pounds. The former Florida star also has more speed than most wide receivers so he’s almost impossible for linebackers to cover. He’s a mismatch no matter where he lines up on the field.

Head coach Arthur Smith has slowly made Pitts a larger part of the Falcons’ offensive plans. Pitts caught 7 passes for 163 yards against the Dolphins last week. He also caught 9 passes for 119 yards and his 1st NFL TD against the Jets back in Week 5.

This is the perfect time to put some money on this Pitts Over prop. Falcons QB Matt Ryan has targeted Pitts 27 times over the last three games. We see that trend continuing this week against Carolina.

Sure, the Panthers have a stout pass defense but we think Pitts will still get his fair share of catches. We see Pitts catching at least 6 passes in this one so take the Over.

This prop bet requires a bit of courage and craziness. We aren’t crazy about betting on the beat-up Tampa Bay secondary to limit Winston’s passing yards in this one. However, if you take a deep look into the stats, you’ll see why we love Winston to go under this number of passing yards.

In Winston’s six games this season, he has only eclipsed this yardage total once (279 against Washington, the worst pass defense in the NFL). Saints head coach Sean Payton has reigned in Winston’s turnover problems by calling lots of screens and short passes. We expect Payton to continue this strategy against the Bucs on Sunday.

Last Monday was the first time all season that Winston has thrown the ball more than 30 times in a game. Payton is feeding Alvin Kamara the ball as much as possible. He’ll continue to do that against Tampa to try and keep Tom Brady and the Bucs offense on the sidelines.

Look for Famous Jameis to throw for over 200 yards but we don’t see him getting up and over this total of 248.5. Winston is only averaging 185.7 passing yards per game this season. Take a deep breath and take the Under here!

This is a great spot to bet on Zeke to have a big game. The Cowboys are coming off a bye week so Elliott should be rested and ready to go. The former Ohio State standout got off to a slow start to begin the season but he’s been performing better of late.

Though their passing offense gets most of the attention, the Cowboys are still a pretty run-heavy team. Dallas runs the ball on 46.19% of their offensive snaps, which ranks 6th in the NFL. This helps our case for a big game from Elliott.

Dak Prescott is a little bit banged up with a calf strain so Kellen Moore may put more of an emphasis on the running game. We think Zeke easily runs for more than 100 yards so take the Over 74.5 in this prop.