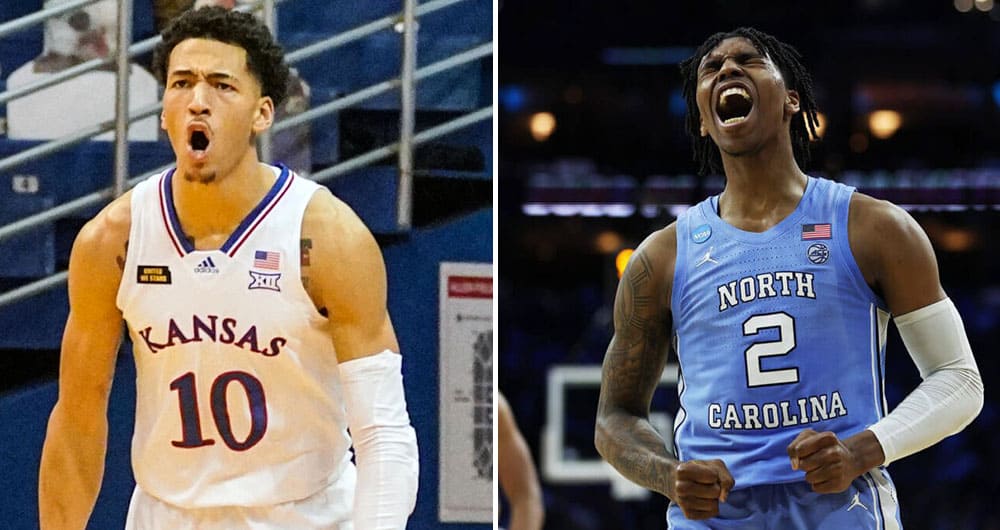 One of the most memorable NCAA Tournaments in history comes to an end tonight with two blue bloods squaring off for the National Championship. North Carolina and Kansas will tip off at 9:20 PM on TBS, with the Jayhawks favored by 4-to-4.5 points.

North Carolina entered this tournament as an 8-seed, but after wins over #1 seed Baylor, #4 seed UCLA, and rivals Duke, the Tar Heels have a shot at tying the 1985 Villanova Wildcats as the highest-seeded champions in history. Kansas entered as the top seed in the Midwest, sneaked past a pair of Big East schools in Creighton and Providence, before beating Miami by 26 and Villanova by 16.

The Jayhawks defense was the difference-maker in their Elite 8 and Final 4 matchups, holding Miami and Villanova to just 36% from the floor. Will that trend hold up against a UNC team that enters tonight's championship game averaging 82.2 PPG for the tournament?

Perhaps the toughest part of betting the player props for tonight's game is the lack of depth for both teams. Kansas will really only play 6 guys (7 if you count Lightfoot's 4-5 minutes per half), while UNC is likely to run their starters for nearly the full 40 minutes tonight.

That is a lot of minutes, which it makes it tough to find value in a board that is heavily juiced to the over. Nevertheless, we have four player props for tonight's National Championship that are worth a look. Note that you can find a wider variety of props at PrizePicks than most sportsbooks for tonight's game. They have numbers up for Bacot, Pts+Reb+Ast numbers, and fantasy score props available, and are offering Brady Manek o/u 0.5 points tonight. Use the promo code EWB to receive a 100% deposit bonus and free entry when you sign up.

Wilson has registered a double-double in three of the Jayhawks' last four tournament games, and had 28 pts + rebs + asts in the Final 4 matchup against Villanova. Not only has he averaged just under 12 points per game and 12 rebounds per game over his last four, but had 8 assists in the Elite 8 and Final 4, so he is capable of contributing in all three categories.

Brady Manek Over 2.5 Made 3-Pointers

This number is certainly a trap, but we are taking the bait. Kansas is one of (if not the) best 3-point defenses in the country. They allow opponents to make just 30% of their three point attempts on the season.

That being said, Manek is 19 of 40 in his five tournament games and has made at least 3 3-point shots in all five games. He enters the championship game shooting just under 50% from 3 for the tournament, so we only need 6 attempts to get us to 3 tonight and he's averaging 8 attempts per game for the tournament.

With the way he is playing, nobody wants to bet the under on Caleb Love's points total. He has scored 20+ in the second half of 2 of his last 3 games, and is arguably the primary reason the Tar Heels made it out of the Sweet 16.

However, he has only gone over this number in just 9 of his last 30 games, averaged just 10 PPG in UNC's losses this season, and is going to be the sole focus of a suffocating Jayhawks defense. If you are looking for a prop to bet under tonight, we think Love is the guy to target.

Best of luck with your action tonight, and be sure to review our best bets to see who we like for the side and total as well!