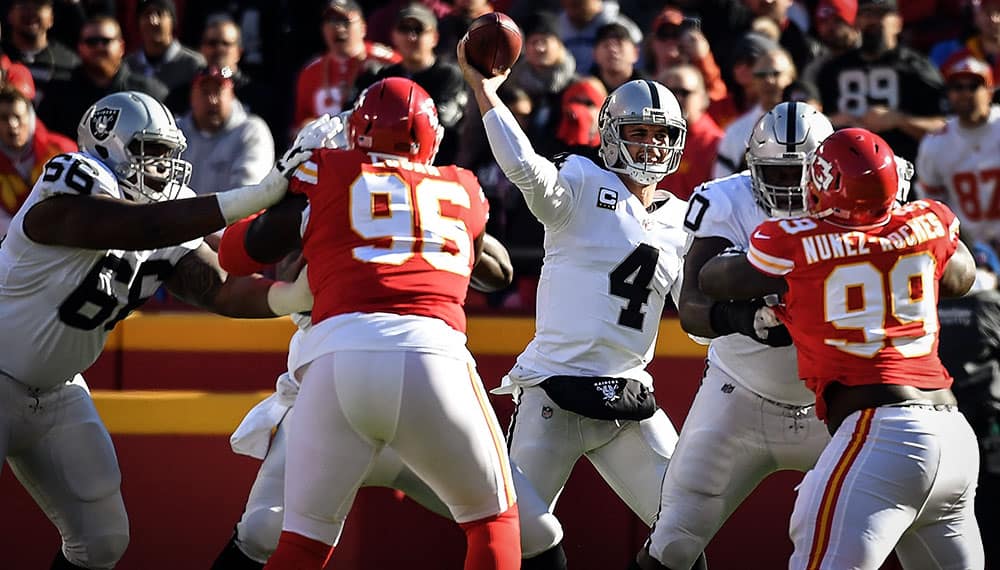 Week 9 was the week we’ve all been waiting for. Where the NFL did what the NFL does, turn itself upside down. We got a taste in Week 8 where thousands of survivor entries were lost with the Jets beating the Cincinnati Bengals as double-digit underdogs. But Week 9 saw -16 favorites in the Buffalo Bills and -10 favorites in the Dallas Cowboys go down outright in spectacular fashion.

It was underdogs galore as the -7 Rams, -3.5 Raiders, and -6 Saints all went down outright at home no less. I somehow survived the carnage picking Baltimore in my survivor contest and moving on to Week 10.

Fittingly, Baltimore is right where we will start with the Ravens as -7.5 favorites against the Miami Dolphins on the road on Thursday night.

I’m not sure what it is about the 6-2 Ravens but I’m just not buying into the team long-term. Four of their six wins have been spectacular comebacks, but it’s tough to see them consistently fall behind subpar teams like the Vikings or Lions.

Lamar Jackson is having an MVP caliber season, but his outdueling of Patrick Mahomes earlier in the year doesn’t look quite as impressive given the struggles of this Chiefs team (more on that later). That being said, the Ravens are up against one of the weakest teams in the league in Miami.

Tua Tagovailoa is still suffering from a broken finger and it is unclear if he will suit up on the short week. Jacoby Brissett has been serviceable at times in his career but looked awful against a very poor Texans defense on Sunday. Brissett threw two interceptions and also lost a fumble.

The Dolphins had a decent first half but their offense completely fell off. I think the line accounts for Brissett in at QB and should Tua play we might see a -5.5 or so. I think the Ravens are more than 7.5 points better than the Dolphins, but I don’t love the spot on the road and on short rest. I think the best way to play this is to tease it through the 7.5 to -1.5.

If Tua does play and this line gets underneath six, I’d have more interest in playing the Ravens straight. For those that missed it, we did make the Ravens our best bet for Thursday Night Football. This isn’t a “Wong” teaser leg, but I still think it gets home for us.

In 2021, the Wong teaser has been even more profitable than other years. In the spirit of profit, I looked through the slate to find the Wong teaser spot to best pair with the Ravens.

The Browns, Vikings, and Eagles are all options. However, what might be the most surprising line of the week, I’m closing this two-teamer on the Raiders +8.5.

Something is terribly wrong in Kansas City. Although the roster had a low turnover, this is not the same Chiefs team that was a win away from being repeat Super Bowl champs.

My criticism of Andy Reid’s coaching style has fallen on deaf ears these past few years, but his poor decision-making might finally be outshining the talent of his players. On top of that, Mahomes looks rattled and impatient.

The Chiefs seemingly refuse to run the ball and employ no playmakers outside of Tyreek Hill and Travis Kelce. Teams have also figured out that they should stop blitzing Mahomes. The Chiefs' offensive line is not that good and they can get enough pressure with a four-man rush. By eliminating most blitz packages, defenses can double the Chiefs’ playmakers and basically wait for Mahomes to make a mistake. Don’t get me wrong, Mahomes is still a generational talent, but this adjustment will not be a quick fix.

It’s also not helping that this defense is tragically bad, especially in the secondary. Holding Jordan Love and the Packers to 7 points was nice, but not quite impressive. In 2020, the Raiders beat the Chiefs at Arrowhead, back before these issues arose for the Chiefs.

The Raiders are now 2.5 point underdogs at home in Vegas against this hot mess of a Chiefs team. I have half a mind to play the Raiders on the moneyline, but I’ll at least close this teaser on the +8.5