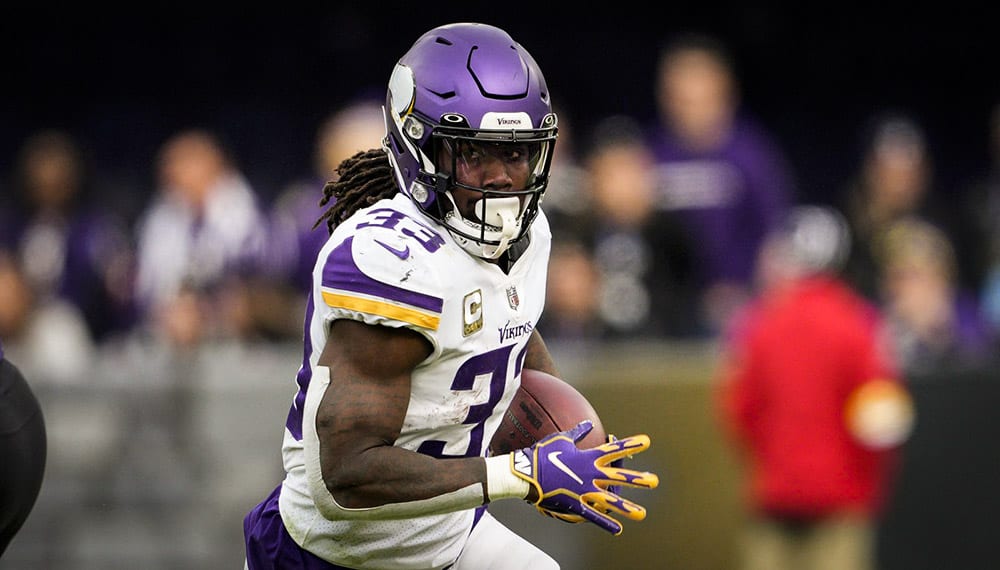 Our NFL prop bets stumbled to a 2-3 record for Week 9. We look to bounce back in a big way this week with five prop bets that we feel offer plenty of value.

All of these lines are from TwinSpires Sportsbook. Best of luck with all your Week 10 NFL action! Without further adieu, here are the props.

This is our favorite prop bet on the entire board for Week 10. With Derrick Henry out the rest of the season with a foot injury, the Tennessee Titans are going to have to rely more heavily on their passing game. The signing of Adrian Peterson is a cool story but we just don’t see him being the focal point of this Titans’ offense.

Though Tannehill is only averaging 238.3 passing yards per game, we feel this is a great spot for him to have a huge day against a suspect Saints secondary. New Orleans is ranked 23rd in yards per pass allowed (7.3) and 27th in passing yards per game allowed (273.2). That should bode well for the Titans’ two main pass catchers, A.J. Brown and Julio Jones.

Tennessee will have no choice but to throw the football quite a bit in this game. The Saints rush defense is the best in the NFL, as they rank 1st in yards per rush allowed and rushing yards allowed per game. Titans offensive coordinator Todd Downing knows that he has to dial up more passing plays in this game.

As you can see, there’s a lot of compelling reasons to take Tannehill’s passing yards Over the total. We see the former Texas A&M star throwing for around 275 yards in this one!

How in the world is this line set so low? Cook isn’t having a dominant year but he’s still averaging over 92 rushing yards per game on the season. The former Florida State star is also in good current form as he torched the Ravens defense for 110 rushing yards last week.

This unit gives up 5 yards per carry (dead last in the NFL) and 161.6 rushing yards per game (also dead last). Did you see how easily the Eagles gashed this Chargers defense right up the middle last week? There’s no reason to think that the Vikings can’t do that this week.

The Vikings are one of the best rushing offenses in the league as they rank 9th in yards per rush. Mike Zimmer also likes to pound the rock, as the Vikings average 27.2 rushes per game. We see Cook easily eclipsing the 100-yard mark in this one!

The Chargers aren’t the only ones with a swiss cheese rush defense. The Vikings have plenty of holes in that defensive category as well. We like Ekeler to have a big day against a Vikings rush defense that gives up 4.8 yards per rush (30th) and 136.6 yards per game (also 30th).

Sure, the Eagles held Ekeler to 59 rushing yards last Sunday but their rush defense is much better than Minnesota’s. Ekeler was able to run for 64 yards against a fairly tough Patriots defense the week before last. There shouldn’t be any reason for Ekeler to not get at least 75 yards on the ground in this one.

The only thing that scares us on this one is that the Chargers don’t call many running plays. However, we don’t think it matters since the Vikings are so terrible against the run.

Kelce’s production has fallen off quite a bit this season. He’s still one of the best tight ends in the league, but the Chiefs offense isn’t putting up the video game type of numbers that it did in the past. Kelce has gone Under 69 receiving yards in three straight games.

There’s no reason to think that streak will end here against a very underrated Las Vegas pass defense. The Raiders rank 2nd in yards per pass allowed and 5th in passing yards allowed per game. This unit should be able to contain Kelce enough for us to cash this under ticket!

Kelce has only gone over this yardage total in four games this season. We see that trend continuing against the Raiders on Sunday Night Football. Take the Under!

Here’s another Over prop that we love! We think the Dallas offense will be fired up after getting embarrassed by Denver last Sunday. The Cowboys should get out to an early lead, which will make the Falcons have to throw the ball a lot to catch up.

The Falcons are one of the worst rushing teams in the NFL as they rank 31st in yards per rush and 29th in rushing yards per game. The Cowboys rush defense is also pretty stout so the Falcons are going to have to air the ball out in this one.

Ryan is in pretty good form after slicing the Saints’ secondary for 343 yards last week. The former Boston College star should be able to find some holes in a Dallas secondary that ranks 24th in yards per pass allowed and 25th in passing yards per game allowed. This Cowboys defense has improved quite a bit under Mike Nolan but they are still far from being an elite group.

Atlanta is a pretty steep underdog in this game (+9) and the total is fairly high at 55 points. That leads us to believe that this could be a shootout. We expect Ryan to throw for well over 300 yards just to try to keep Atlanta in the ball game.